Why Flirting Without Agenda Matters: Lessons from the Caribbean

There is a way to verbally and non-verbally gauge another person’s interest without harassing them. It’s called flirting

There is a way to verbally and non-verbally gauge another person’s interest without harassing them. It’s called flirting, and Americans (as I’ve noticed since moving to the U.S.) are incompetent at it.Flirting without hurting flourishes when sexualness and sexuality are diffused through a culture—when every person is understood to be a sexual being of one sort or another, but a sexual being who grants access to their presence and their body at their discretion or even passing whim. In that milieu, flirting is fun. It’s jokey. It’s play. It’s circuitous and circular. It is not linear. Words and feelings ebb, flow, dip, peak, return.In the Caribbean—and the diasporic Indo-Caribbean, my natal home—jokes and the musical Anglophone-ish wordplay that flowers from colonial British English, and plantation Hind(ustan)i, and hidden Yoruba, and conquistadorial Spanish and French, are what give us life.Chatting up most Caribbean and Latin American and some Mediterranean people is fun and funny, a smooth and sexy duet replete with mutually flattering ripostes and empty of pettiness and minor insult. It is fun. There is laughter. There is consent. There is respect. There is, above all, generosity. Both love gladiators glide away from the interaction feeling good and beautiful and special. The air is thick with verbal and pheromonal pleasure and the smugness of temporarily boosted self-esteem.Imagine nonk-jhonk banter that is not oriented toward a single linear outcome or consumable consummation. A goal is sex or romance, yes, but the greater goal is pleasure in play, verbal or otherwise (rishta remains not a goal at all; that is for later, not such beginning stages). The journey towards love is the achievement, and indeed the skilled talkers fall a little in love with each other even if they never see each other again.As the witty repartee unfolds, the lovers have time and space to think about their choices, and decide what is next. Whatever choice each person makes, it is whole and free. We in the Caribbean are never in a rush, sometimes to our detriment, as we are also never on time for anything, including and especially our own weddings. The Caribbean, Trinidad, Guyana and Jamaica have serious gendered, interpersonal postcolonial problems too: rampant domestic violence is one, suicide is another. We are materially poor. And yet there is a freeness that women have, to be sexual or not as they wish; to dance suggestively and sexually to soca, chutney, and dancehall reggae music in the street at Carnival, and return to temple, church, and mosque the next day, with judgment from the omnipresent Third World aunties, but without fear.But I live now in the United States of #MeToo, in the Year of Our Lord and Savior Trump, where no one is having any fun. The Dear Leader proclaims through wife and deed and the daily unearthed grotesque footage of his misspent decades that women are but bodies: pornstars and beauty queens and models and foreign brides upon whom he enacts his coarse and mediocre sex.Every day the sexual malfeasance of another public figure is exposed. Even so, we were jolted when the accused was Aziz Ansari: immigrant achiever of the American Dream, and more importantly in certain quarters, famous Person of Indian Origin, not to mention famous sort-of Muslim—despite his infamous haram pork-eating and agnosticism.Aziz’s case divided women in a way that other sexual assault exposés had not: questions were raised about the young woman’s choices and the timing of her exit from Aziz’s clutches, and the extent to which he did or did not coerce her; accusations of fame-mongering were made. Everyone was harangued and emerged weary.White liberals and white feminists—having enjoyed the sanitised multi-ethnicity of Aziz’s millennial hipster Netflix show Master of None, in which he showed a marked penchant for romantic liaisons with white women—became some of his staunchest defenders. They studiously avoided mentioning that unlike most of the other male accused, Aziz was a brown man and nominal Muslim. It was too dangerous to expose him in this political era: what if, illogically, he were deported to his parents’ Tamil Nadu even though he was a born US citizen?Thus Aziz was reinscribed as the Muslim and foreigner he had no wish to be. 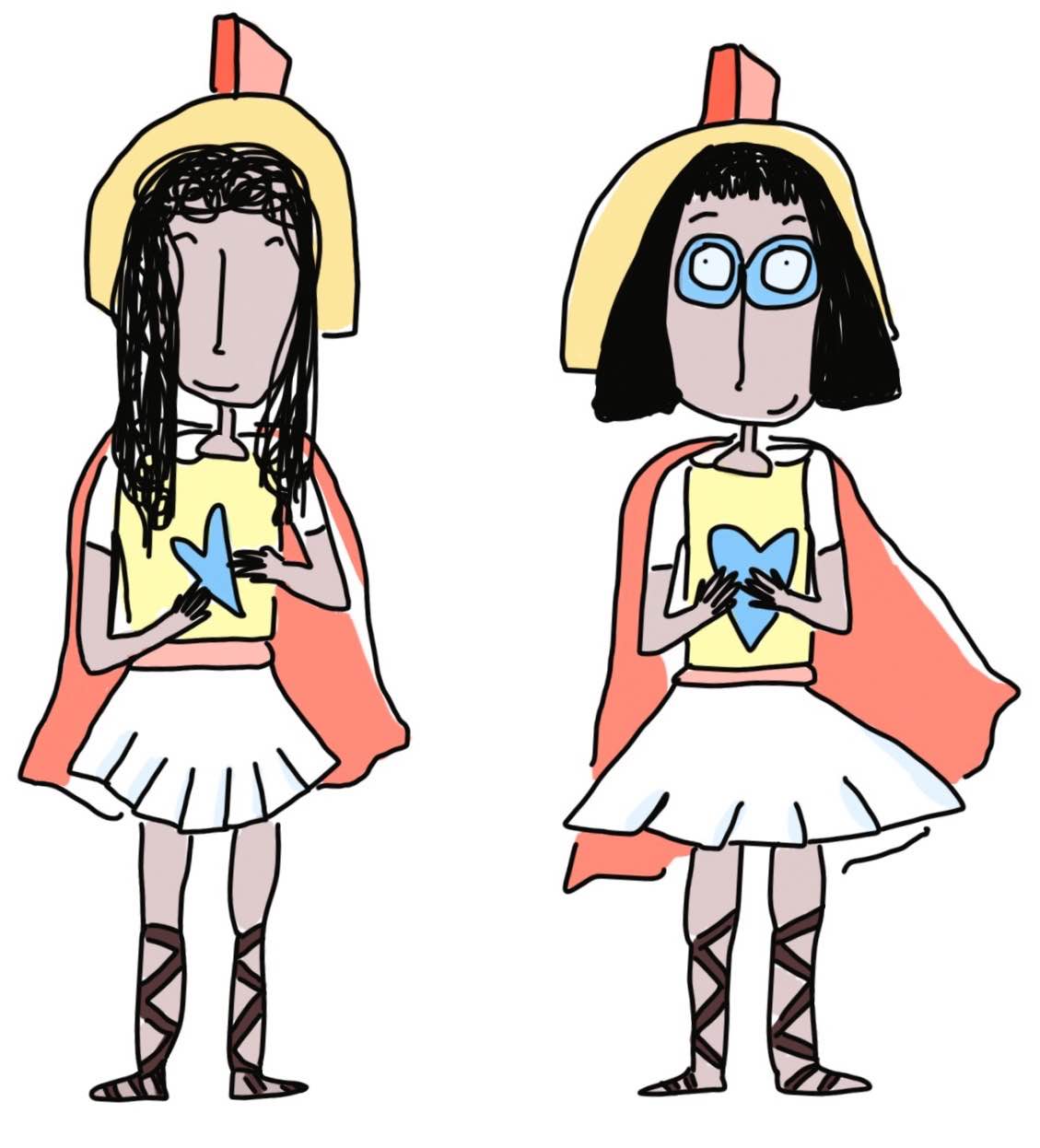 In Aziz’s United States, romance is high pressure and high stakes and easily wounded egos and passive and active aggression. There is no dance. There is no play. Moving on with a smile and no hard feelings if romance doesn’t result from a brusque, begrudging, often inebriated opening line or two is an impossibility.If, in America, in an appropriate social, non-professional space, a woman tries to banter and flirt like a Caribbean person, the recipient ordinarily takes the salvo as an immediate sexual invitation, or the scene remains a party of one, her chatting to the proverbial brick wall as he or she swigs a drink and looks around for a less talkative sort more amenable to immediate groping. Prolonged pleasure remains elusive.As per their international reputation, Americans talk a lot—but about themselves, and they don’t listen. Flirting is a conversational skill emanating not just from quick-wittedness, but active listening. Instead, male dating gurus (Aziz is one too, with his 2015 pop-sociological state-of-dating and advice manual Modern Romance: An Investigation) teach other men in need of “game” all manner of unnecessary deceptive tricks and exploitative coercive techniques: notably the manipulative strategy of “negging,” the old backhanded compliment that purportedly lowers a woman’s self-esteem so she is more receptive to sexual advances. And God help you if you are a woman on the dating apps.Romance in the US is capitalist and transactional. Americans are terrible about giving compliments, the backbone of flirting. Both giving and receiving simple feel-good flattery feels onerous to an American, as if something is being taken from them: even romantic interaction is fraught with the need to return the overture in a quantifiably equivalent amount. 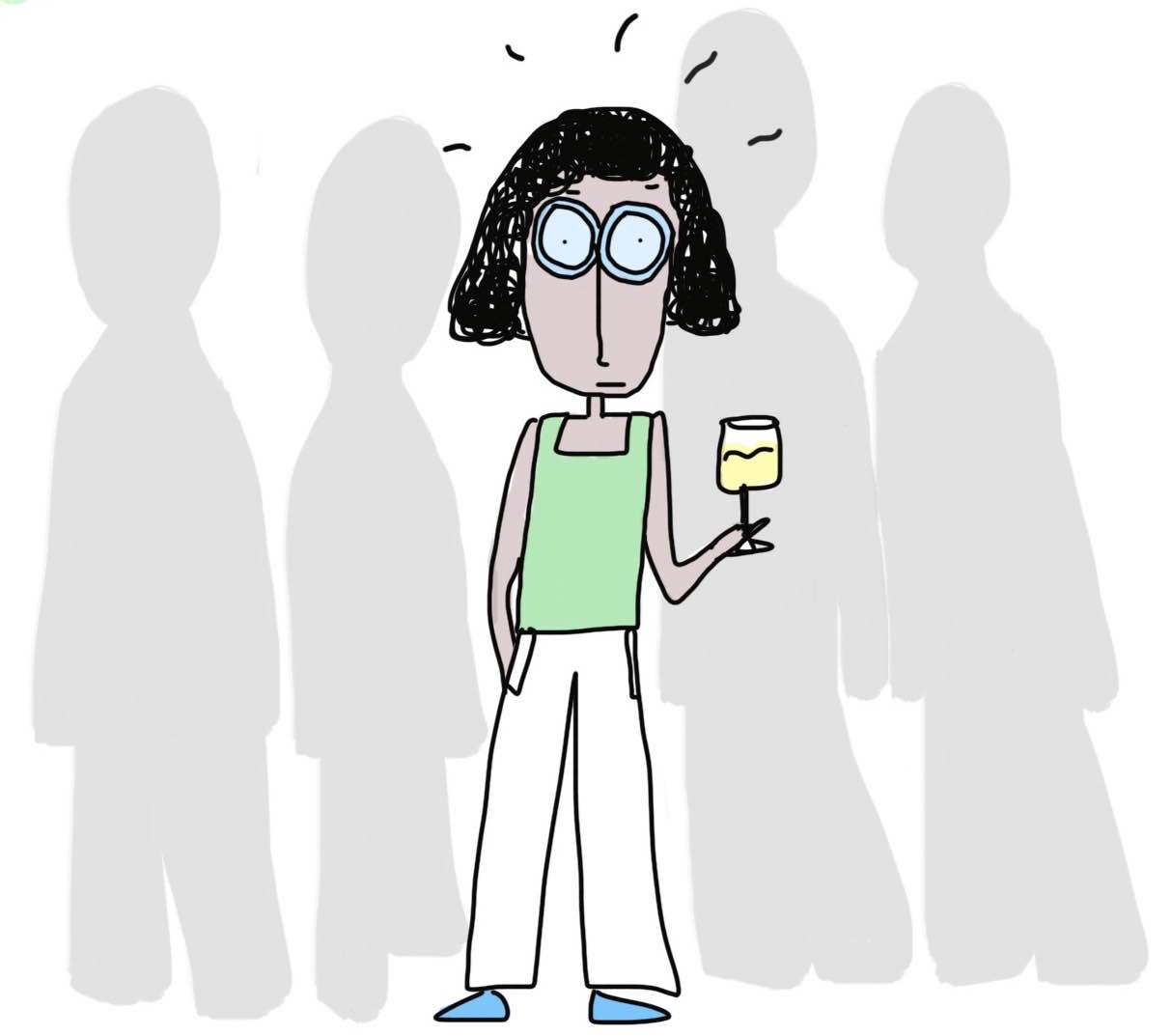 The New York Times reported recently that over a third of millennial men and women in the U.S. believe that it is harassment if a man compliments a woman on her looks. This happens when the compliment is a transaction that embarrasses and obligates both giver and receiver; and when, in a culture that is puritanically and coercively regimented into sexual and nonsexual zones, people do not understand the nature of a compliment: that baldly telling someone about their body is not the same as subtly praising dress, effort, and lovely personalitycharacteristics. I have no exotic solution, arising shimmering from the Caribbean Sea, to fix a romantic culture of harassment, non-consensual sexual interaction, and overwhelming fear of both other people and rejection. But Caribbean culture offers these invitations: be generous. Listen before talking. Flirt more. Give more. Demand less. Take the time to play and decide. Pleasure will come, and there are many kinds of pleasure, not all sexual.As for me, I plan to survive my exile from the Caribbean and the American winter of my discontent by advertising that I am here to give you and receive your compliments in a non-work environment. Boy/girl/person, you are so smart, and so beautiful, and so am I.Aliyah Khan is a teacher, writer, raconteur, makeup connoisseur, and lover of creatures great and small, living in the American Midwest and dreaming in many cities and continents.Ramya is a geographer who loves to draw.
Score: 0/
#METOO AZIZ ANSARI CULTURE FLIRTING Gender GENDER DYNAMICS Sexual Politics PLEASURE CONSENT SEXUAL ETIQUETTE MENTAL SEXUAL HEALTH
Follow us: 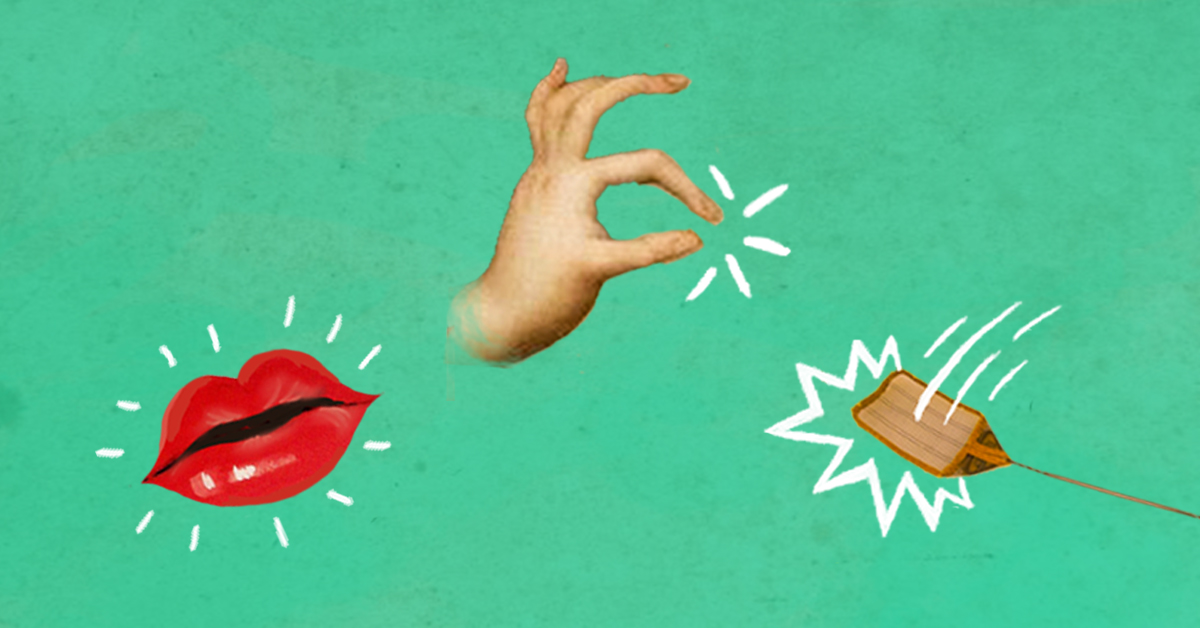 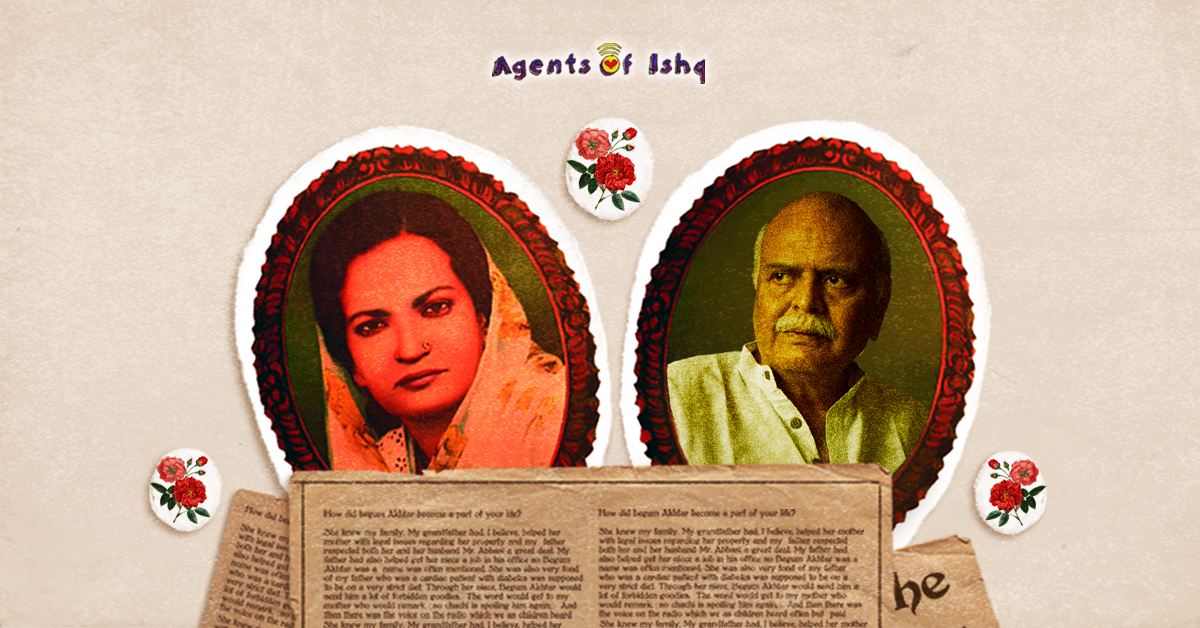 "The Talk Of The Heart, It’s Not As Easy As It Looks" : Saleem Kidwai’s Friendship with Begum Akhtar An interview with the late Saleem Kidwai about his life and…  Sep 12, 2021 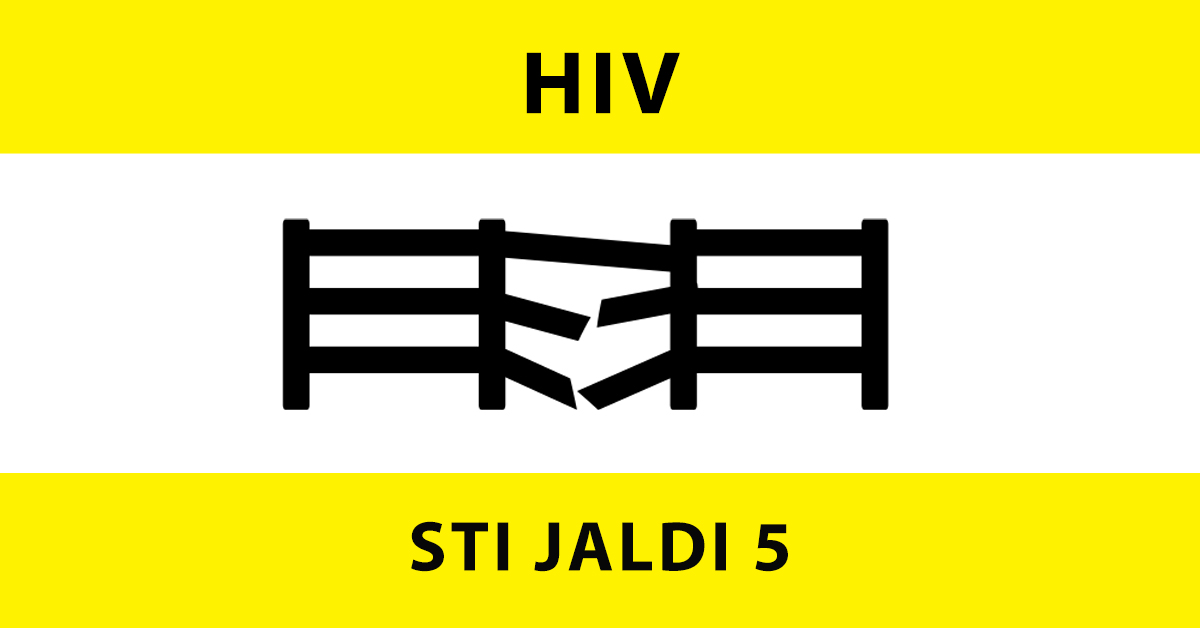