What the Law Tells Us about Relationships in India

You might be surprised – in good and bad ways. When we say relationships are ‘respectable’, what do we often mean – especially when it comes to close relationships we choose, not those we are born into? Sometimes we mean those that are ‘allowed’ – by law, or by society. But a look at relationships endorsed in law shows us two things:So here’s a look at some relationships of choice recognised by the law.MARRIAGEThere are various kinds of marriages accepted in law and protected by rights, protections and remedies. But one thing is common across these: they are all heterosexual marriages, between a man and a woman of legal marriageable age (which is 21 for a man and 18 for a woman).People may marry under one of the many different marriage acts in India. Marriages between people of the same community and religion are usually conducted according to traditional customs, and registered under personal laws like the Hindu Marriage Act (which also applies to Buddhists, Jains and Sikhs), Muslim Personal Law (Shariat) Application Act, Indian Christian Marriage Act and the Parsi Marriage and Divorce Act (which applies only to Parsi Zoroastrians). Nearly all of these were codified into law under British Rule (except for the Hindu Marriage Act, which was codified among debate and political clashes in independent India), and allowed people to continue diverse practices based on their own traditions and preferences. Does this mean law does not allow people to marry outside their own community? No, that is not at all true. People have fallen in love across boundaries and some also now have arranged marriages across boundaries, because they do not believe in those social divisions and hierarchies. The law mirrors this mindset and recognises marriages irrespective of caste, religion and gotra – no matter what individual and community attitudes are.People of different faiths, or people who prefer a secular wedding, can marry under the Special Marriage Act, through what is called a civil marriage. A civil marriage has no religious ceremonies, and involves the signing of documents by government officials and the bride and groom. While the Special Marriage Act and personal laws have several areas of overlap, they also allow different things, showing that acceptability is subjective. For example, although bigamy is illegal, the Muslim Personal Law (Shariat) Application Act allows multiple marriages. And although two people are not allowed to marry if they are closely related by blood, the Hindu Marriage Act allows it, if it is a custom in the community the two people belong to.So, what does marriage entitle people to? The law entitles one to maintenance, inheritance, and even to sex (through the idea of “conjugal rights”) and having children (infertility can be grounds for divorce). The right to have sex with a spouse is so ingrained in the law and social attitudes that marital rape is not recognised by law. Rape is addressed by criminal law, which, unlike marriage laws, applies to all people. But forced sex inside a marriage cannot be prosecuted by law as rape. The law also allows a person to leave a marriage by seeking a divorce on various grounds such as cruelty, desertion, adultery, and even if their partner contracts a communicable disease like HIV or syphilis, or an incurable form of leprosy. Divorce by mutual consent was allowed under the Special Marriage Act, which came into effect in 1954, and the Muslim Personal Law (Shariat) Application Act of 1937. However, it was only in 1976, with the Marriage Laws (Amendment) Act, that this was included in the Hindu Marriage Act as well. The Indian Divorce (Amendment) Act of 2001 made divorce by mutual consent possible for Christians.People are constantly fighting to amend laws that are unfair or uphold unjust practices, even if they are socially sanctioned. As the fights to remove triple talaq, amend Christian inheritance law, criminalise marital rape and stop child marriage show, there have been several efforts by people to reshape ideas of marriage and update them as our understanding of rights and justice and personal freedoms has grown.So do all these laws about marriage mean that living together – once quaintly called ‘living in sin’ and later shortened to ‘living in’ – is not recognised by law? Read on, you may be surprised. 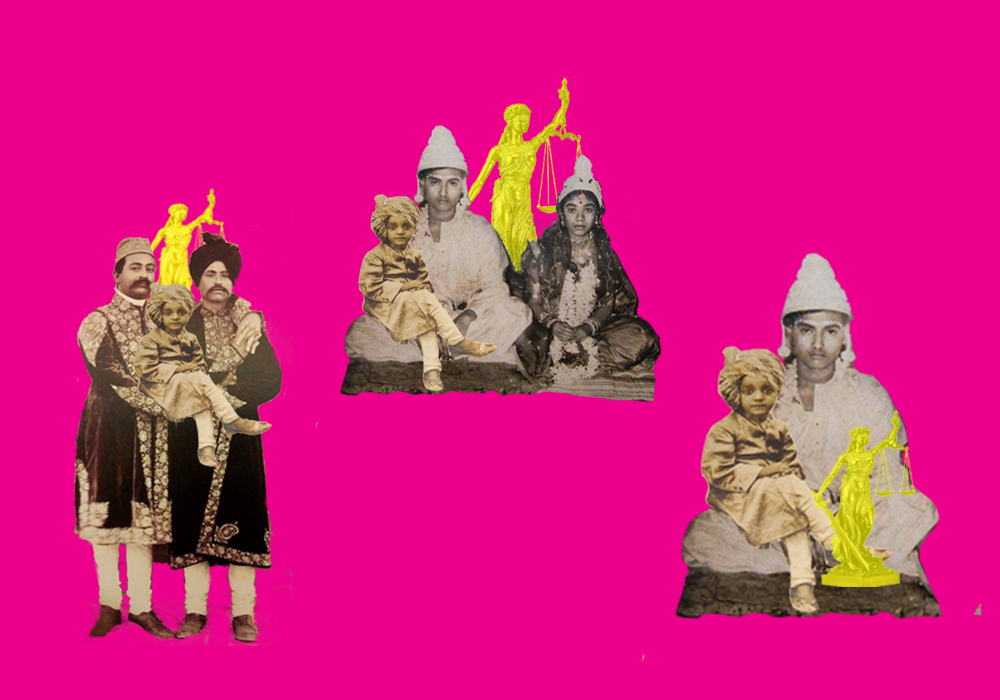 LIVE-IN RELATIONSHIPS We don’t really think of live-in relationships as being legal, and it continues to be a struggle whether it comes to family acceptance or dealing with landlords. But you will be surprised to know that over the years, India’s courts have repeatedly affirmed the rights of couples to live together even if they are not married. A live-in relationship is considered “in the nature of marriage” if both partners in a live-in couple are old enough to marry and have lived together voluntarily for a significant amount of time in a shared household. This carries certain rights and protections for women under the Domestic Violence Act, including protection from domestic abuse, or receiving maintenance in some cases.(Though again, so far, it has only applied to heterosexual couples  – but that could change)One court recently extended this right to queer couples too – after the Supreme Court ruled in September 2018 that homosexuality was not a crime, a judgement in the Kerala High Court ruled that two women had the right to live together.SEXUAL RELATIONSHIPS BETWEEN CONSENTING ADULTSIf two people consent to being in a sexual relationship, their relationship is seen as valid by the law so long as they are both over 18 years old.In 2018, the Supreme Court said that the protection of sexual orientation and the right to choose a sexual partner were fundamental rights. Around the same time, the Supreme Court also decriminalised adultery (previously, a man who had consensual sex with a married woman without her husband’s permission could be put in jail). This has meant that people have more autonomy in choosing their relationships, without having to worry about persecution in court. It has also granted women the freedom to choose a sexual partner, without being treated as the wards of their male relatives.The age of sexual consent used to be 16 and was raised to 18. Those who support having 18 as the legal age of consent say that it prevents underage marriage as a consequence of teen pregnancy, will check child abuse and trafficking, and ensures that young people don’t have sex before they are mature enough to handle it. Those who advocate for lowering it to 16, however, say that it will stop the criminalising of young people for consensual sex, which makes them vulnerable to moral policing by the state, among other reasons.ADOPTIONAdoption commonly happens within families in India if a child is adopted by close relatives or by a step-parent. However, if a child or baby is separated from their biological family (whether they’ve been abandoned, orphaned or surrendered), it can also be legally adopted by another family, receiving the same rights that any child born into the new family would. Adoptions are done through a body called Central Adoption Resource Authority (CARA) and under a law called the Juvenile Justice Act.There’s another law under which adoption is legal: the Hindu Adoption and Maintenance Act. However, there is an increasing amount of activism against it – being an old law it has several limitations, does not require checks on prospective families, and does not ensure that the children being put up for adoption have not been trafficked, among other problems.To adopt a child, you have to be physically, mentally and emotionally stable, financially capable, and not having a life-threatening medical condition. Those who want to adopt can be single or married, and most recently, couples in live-in relationships have been included too. Although CARA’s regulations do not specify that a ‘couple’ has to be a heterosexual couple, adoption by queer couples is currently not allowed in practice.

There are a myriad kinds of relationships in India, and a blurry but thick line exists between the law and what is actually practised. For example, as we’ve seen, homosexuality has been around long before it was made legal last year. And as we’ve also seen, just because it has been accepted in some ways by the law, that doesn’t mean it has been widely welcomed with social acceptance. Though this is changing too.  Even as the law has expanded, it does not give all relationships the same kinds of rights and protections, or treat them with the same level of priority. But what about us – do we consider marriage a ‘serious’ relationship because the law says so? And do we consider other kinds of relationships – like friendship – to be not ‘serious’, because the law says so? What do we ourselves see as important? Perhaps thinking about what kinds of relationships are considered legally acceptable or not can help us re-assess this hierarchy for ourselves, recognising that law changes just as societies and people change.
Score: 0/
laws about sexuality relationships in India marriage relationships adoption lgbtiq+ heteronormativity sexual politics Live-In relationship
Follow us:

See-Saw Sexual Confidence Ka! What people said brought their sexual confidence up or down!  07, Jan 2022 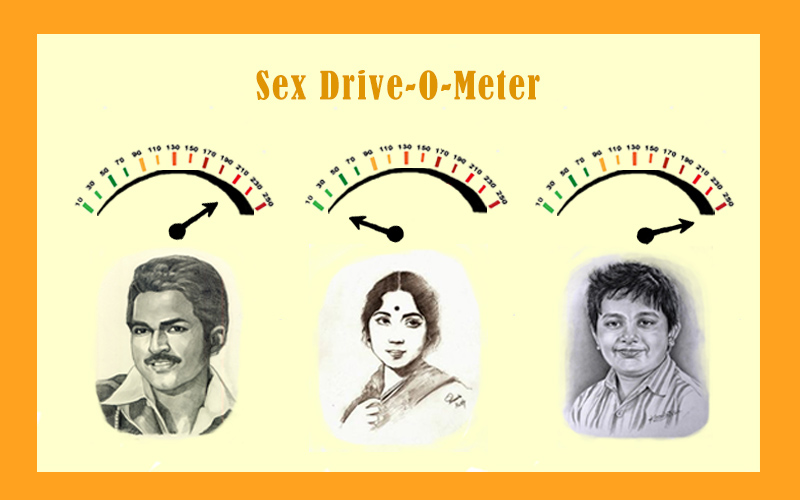 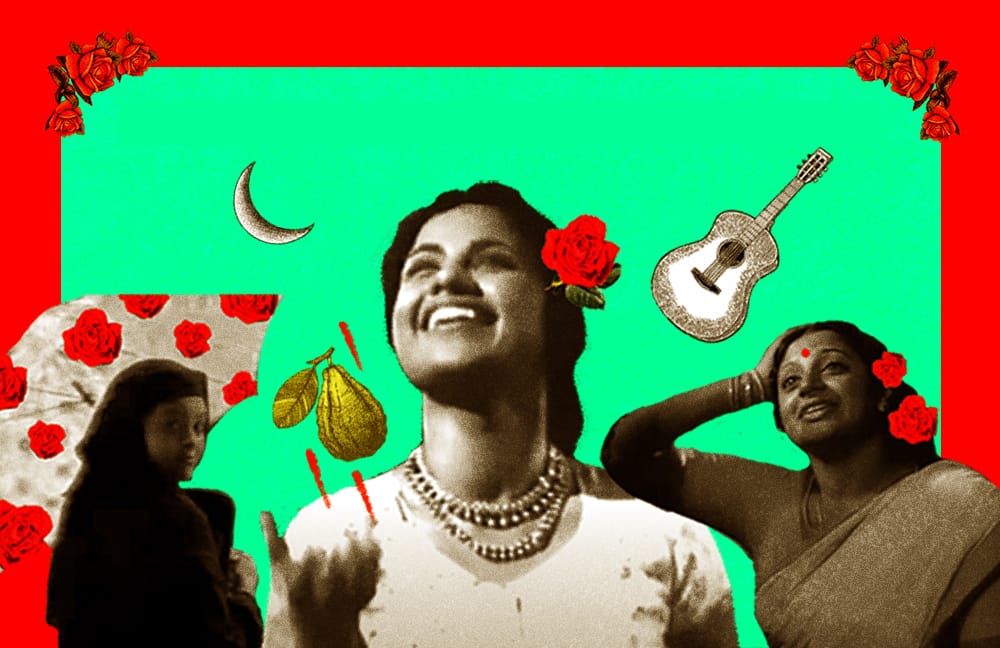