Homosexuality in India: Old or New?

The Supreme Court is currently hearing arguments to decide whether or not homosexuality should be a crime in India. Section 377 of the Indian Penal Code currently criminalises homosexual sex. One of the lawyers appearing for a petitioner traced the history of homosexuality, reportedly arguing that "it was prevalent in ancient Greece and was accepted in ancient India."Does that mean that homosexuality was celebrated in Greece and India? Not really. Several academicians and historians say that homosexuality or sexual plurality in Indian – or even world – history was never the norm, but it wasn't at the receiving end of the kind of hatred that it is now, either. Many like Shivaji K Panikkar, art historian and former Dean, School of Culture and Creative Expressions, Ambedkar University, Delhi, argues that it was only with the coming of the British that this "Victorian morality was imposed", resulting in the persecution of those with non-heterosexual inclinations.Those arguing in the Supreme Court that it should not be a crime have submitted books such as I Am Divine. So Are You: How Buddhism, Jainism, Sikhism and Hinduism affirm the dignity of queer identities and sexualities, introduced by Devdutt Pattanaik and edited by Jerry Johnson and Same-Sex Love in India: Readings From Literature and History edited by Ruth Vanita and Saleem Kidwai, which show that queer love in India has been part of our culture, our art, and our history in a myriad ways.In Same-Sex Love in India, Vanita writes, "Our study suggests that at most times and places in pre-nineteenth-century India, love between women and between men, even when disapproved of, was not actively persecuted.”Other experts who are acquainted with Indian history and culture also point out that in the past, ideas of morality weren’t as cut-and-dried as we may believe.On Vedic depictions of sexuality, folklorist MD Muthukumaraswamy says, "There are references to homosexuality in the Brahmanas and Puranas, but they are just that... between gods, between men, not as much between women, and even between gods and men... stories have been written about them without praise or condemnation... Just keeping it neutral."Several historians have often quoted Puranic stories of the king whose two widowed queens made love to have a child, or of Vishnu assuming the role of Mohini multiple times, that ended with either Shiva falling in love with him/her, or to fulfil Aravan's (Arjuna and Ulupi's son) wish to be with a woman before he was sacrificed, or to kill Bhasmasur and Virochana, among other stories. Tangible depictions of homosexuality in Indian culture would be through temple sculptures – most notably the Khajuraho temples – that clearly show same-sex intimate relationships in the same way they show heterosexual relationships.However, both Panikkar and Mushtak Khan, former Deputy Director, Crafts Museum, New Delhi, insist that sexual inclinations are individual preferences and should not be seen from a religious perspective at all.There are also instances of artworks from the Mughal Era – that show male lovers, or female lovers. Kidwai writes in Same-Sex Love in India about how "Sultan Mahmud of Ghaznah, often projected as the ideal Muslim ruler by medieval Muslim political theorists...was in love with his slave Ayaz. Mubarak Shah Khalji was in love with Khusro to the point of distraction." Addressing love in the Sufi tradition, he writes, "In Sufi literature the relationship between divine and human was often expressed in homoerotic metaphors. Many Sufis insisted that only same-gender love could transcend sex and therefore not distract the seeker from his ultimate aim of gnosis."Panikkar talks about the 16th century Sufi poet and saint Shah Hussain, who is believed to have fallen in love with a Hindu boy Madho Lal. Comparing offences, Panikker says that Hussain was once arrested for "drinking in public, but not for his homosexual preferences." In fact, the duo's love is celebrated with his poetry being credited as "Madho Lal Hussain". They were even buried together, in what is now Lahore.If tradition is what we're arguing about, then there is enough empirical and documented evidence over a thousand years to show that queer love has existed in our culture. For now, the Supreme Court is hearing petitions challenging Section 377, with the world watching in anticipation.Shruti Chakraborty is Editor, Digital, with www.sahapedia.org, an open online resource on the arts, cultures and heritage of India. Sahapedia offers encyclopaedic content on India’s vast and diverse heritage in multimedia format, authored by scholars and curated by experts — to creatively engage with culture and history to reveal connections for a wide public using digital media.
Score: 0/
Homosexuality Laws about Sexuality Queer LGBTIQ+ Queer History Section 377 LGBTQyunnahin Gay Lesbian
Follow us:

The Lover's Pilgrimage Loves are always represented as a male-female couple. But i…  14, Feb 2016 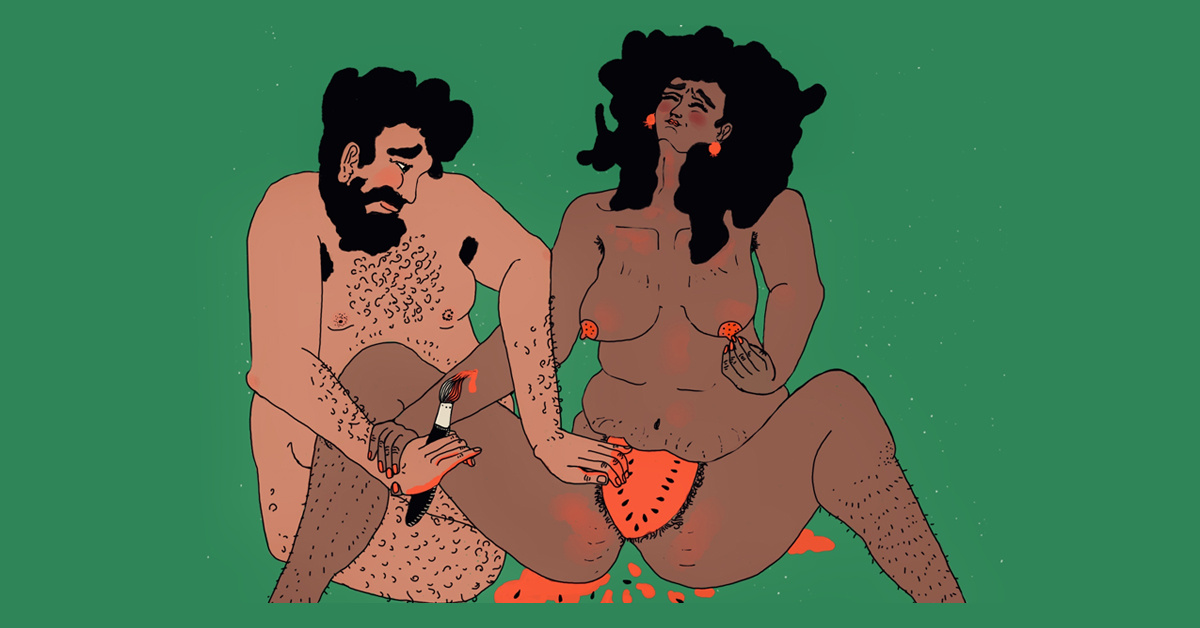 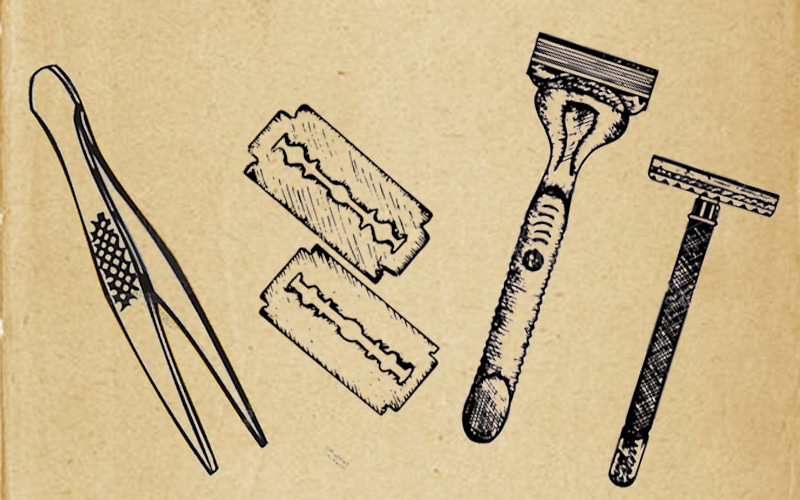 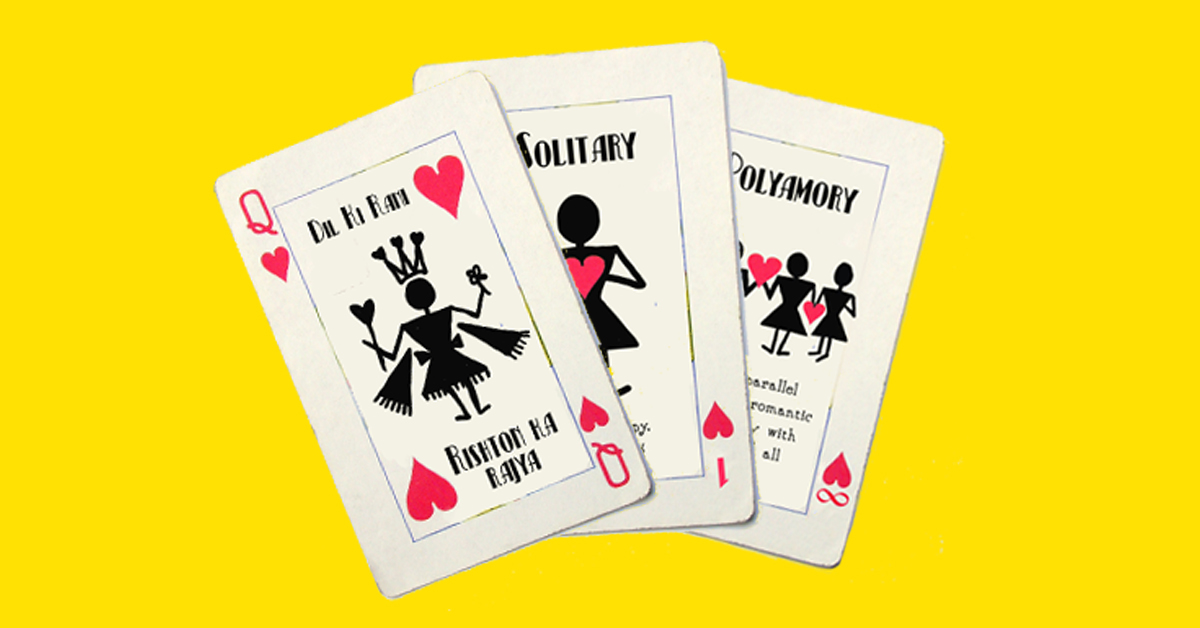 That First Kiss A young girl, a sunny winter’s day – her first kiss. Her…