What I Learned from Reading Erotica at Twelve

Is erotica a good intro into the world of sex?

I hadn’t yet been exposed to visual porn. So as a fat girl, I had the freedom to use my imagination – in which women’s bodies looked like mineThere are two things that sum up who I was when I was twelve years old: one, I was a ridiculously impatient kid who hated reading, and two, I was curious about bodies. I can’t say that the second changed much for me in the years that followed, but twelve was the age when my feelings about reading changed.Summer holidays were spent playing with neighbourhood kids until the sun went down, and reading books that we would buy during the highly anticipated book fairs that would pop up in our schools for a week (the most interesting week of our school year). Thanks to all my building-wala friends who would spend hours discussing the books they bought at school and my creeping FOMO (Fear of Missing Out), I decided to kickstart the habit of reading. My older brother’s room was a mini library. I assumed I’d find all of the books I wanted in there, conveniently forgetting that he was five years older than me and way past the Enid Blytons and RL Stines that I was looking for.I had all the time in the world to pick up the habit of reading, because I spent most of my summer days by myself. Both my parents worked, my brother was too busy teenage-ing around to be at home, and my grandmother would usually stay in her room for hours on end. One hot afternoon, I decided to go into my brother’s room to pick out a book. I picked up a bottle-green one titled Letters to the Penthouse XIII, thinking it would be a good place to start because it said “letters”, and letters are usually short.The first chapter was titled, ‘Someone’s Watching’. Doesn’t sound like a title meant for a love letter, I thought to myself. I kept reading, confused, and then I reached the paragraph that indicated that the book I picked up was definitely not about romantic love:“I made up some business cards advertising me as a voyeur, and asked the local porn video store to display them. The cards were on display for about a week when I received my first call, from a couple who said they wanted to make love while someone else watched.”Porn. Make Love. Voyeur. I kept going over those words to understand what I was reading. I didn’t understand what ‘make love’ was because love couldn’t be made; it could only be felt, right? I picked up the dictionary kept on my brother’s table and looked up the word ‘voyeur’.“A person who gains sexual pleasure from watching others when they are naked or engaged in sexual activity.” Growing up, watching TV shows and films where the hero would slowly put the heroine down on the bed, or watching the hero slowly kiss along the heroine’s arm as she made faces that were equal parts pleasure and pain always sparked something in me. Why did the heroine make that face? Why did the hero and heroine take a shower together? Why was the hug between them so...touchy? And most importantly, why would my parents insist on changing the channel every time such a thing happened? I would find myself attracted to ‘those’ scenes more and more. There was something about bodies touching each other in ‘that way’ that made me want to keep watching.Reading that letter in my brother’s room, my curiosity was piqued by the term “sexual pleasure”, even though I was confused about its meaning. I continued, for the next two pages, to read a story that involved graphic details about two people, a man and a blonde woman, engaging in something that made my insides tingle as I read the words. I remember feeling incredibly hot and bothered when I realised that the main character of the story was watching the couple do things to each other – it reminded me of how I would go back to ‘those’ channels, hoping to get chance to watch the man and woman touch each other. I wondered if that’s what I had to call myself now – a voyeur. I don’t remember reading full sentences because I was an impatient reader (who was now also interested in what was going to happen next because the words were making me feel things), but my imagination went through the roof while I read the story.…three of us were getting hot...kisses became longer and more passionate...Mike was grinding his cock hard against Nina...three of us went to the bedroom…I started shifting in my place as I read on. The story continued with the man narrating how he not only watched the couple do things, but also joined them when the blonde woman asked him to.Nina’s hand reached for her clit and began rubbing it lightly…Looking at me with half-open eyes and panting with excitement, she said breathlessly, “Touch me! Rub my clit!”I placed my hand on her inner thigh and moved it slowly to her waiting clit…The words ‘cock’ and ‘pussy’ didn’t make sense to me, even though it wasn’t entirely difficult to associate those words to body parts because of the way they were used in sentences. The word ‘clit’, however, threw me off. Were ‘clit’ and ‘pussy’ the same thing? He only used them when he was talking about the blonde woman, so maybe that was it? I continued reading.“I’m coming!” she cried wildly. “I’m coming, I’m coming now!” Her body stiffened and her pelvis lurched forward.Where was she coming when she was already there? I didn’t know why that marked the end of the story, but I knew her exclamations had something to do with it. When I was done with the chapter, I was left feeling intrigued. I was squirming while I read it – it was a hundred notches better than how I had felt sneakily watching ‘those’ scenes on TV. I thought about the tingly feeling a lot, but I knew better than to ask anyone about it. So, for the next couple of weeks, I would go into my brother’s room every afternoon, read a chapter, and put the book back in its original place. Each story would give me a new set of tingly feelings – the plot always had more than just a man and a woman do things to each other.I didn’t understand everything at first, but the best part about growing up was that all those words, terms and storylines soon made sense. I was sucked into a world where ‘making love’ and fucking were on equal footing; both were valid and exciting. This world was full of threesomes, voyeurism, BDSM, and all things that were considered far from ‘normal’. To my 12-year-old self, there was no single idea of ‘normal’. It was in a book; therefore it was normal. There was room for my imagination to run wild, and because the stories in that book were devoid of specific details about the bodies of the characters, I would involuntarily imagine the bodies of women characters to be like mine. All the things they did, I was convinced I could do. Being a fat girl, it is assumed that my body is supposed to be limiting. But there have been very few moments when I felt like my body was inadequate or incapable of giving and receiving pleasure. 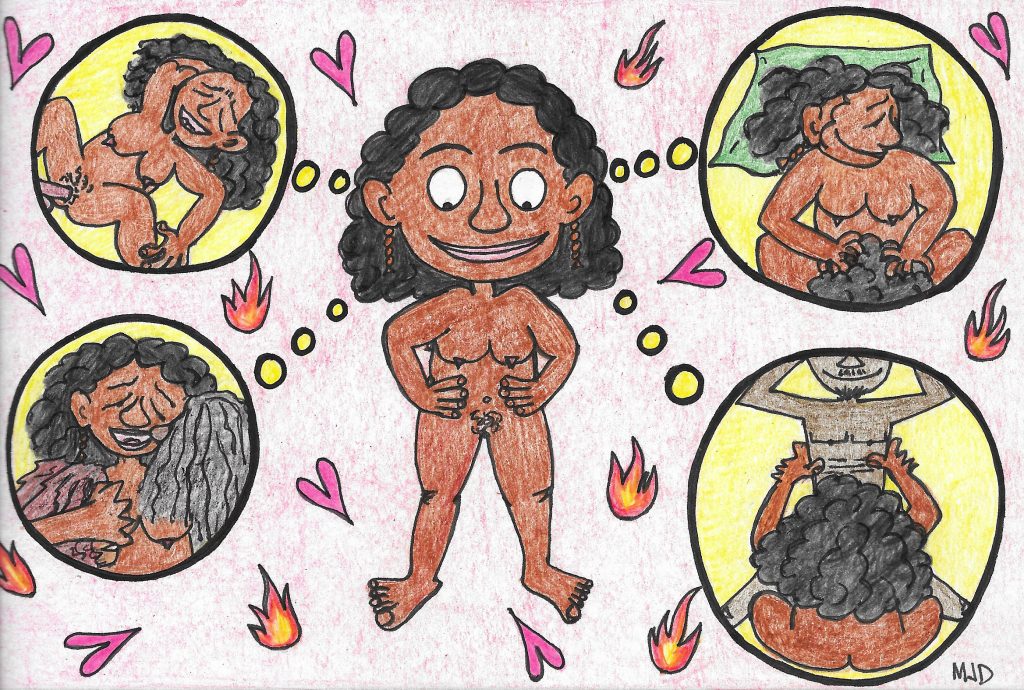 Although I never went in search of erotic literature after reading Letters to the Penthouse XIII, the Fifty Shades of Grey craze got me curious, and I read all three books in the series. I was in my first year of college by then, and I'd become a little bit aware of the fact that my body wasn't the 'right kind' of body owing to the comments I heard growing up. So even though I did enjoy reading those books and imagining myself in such situations, it wasn't with the same openness that I did that. But my body has never gotten in the way of me expressing my sexuality. If dated a guy and he said I would look prettier if I lost weight, it would make me feel bad. But I would immediately lose interest in him. Many years and encounters later, I’m still intrigued by sex. Maybe it has to do with my fascination with all bodies and the pleasure they are capable of. Maybe it has something to do with reading that book on a summer afternoon when I was twelve.All the stories I read had long, meaty parts with the woman character being pleasured, often with both the tongue and through penetration, and the ‘clit’ was the star of the show every time. With this content being my introduction to pornography, I walked into the world of sex and pleasure knowing that good sex involved pleasure being exchanged between the man and the woman equally. I was introduced to visual porn at thirteen – in the years following that, I would keep searching for videos that had scenes of women being pleasured by men. Funnily enough, I used to think men going down on women was a fetish because finding a porno with it was so rare! It’s a good thing, then, that I’ve also been fortunate to have been with men who not only understood sex the way I did, but also went beyond doing the bare minimum. I guess I could say that feminism had come into my life (pun intended) way before I knew it.Over the years, I tried locating the book again in my brother’s ever-expanding library, but I could never find it. Recently I went online in search of it, and found a PDF within seconds. Bless the internet, right?
Score: 0/
Body Positivity Porn Pleasure Sex-Ed Erotica Reading AOI Personal Stories Teen Adolescence
Follow us: 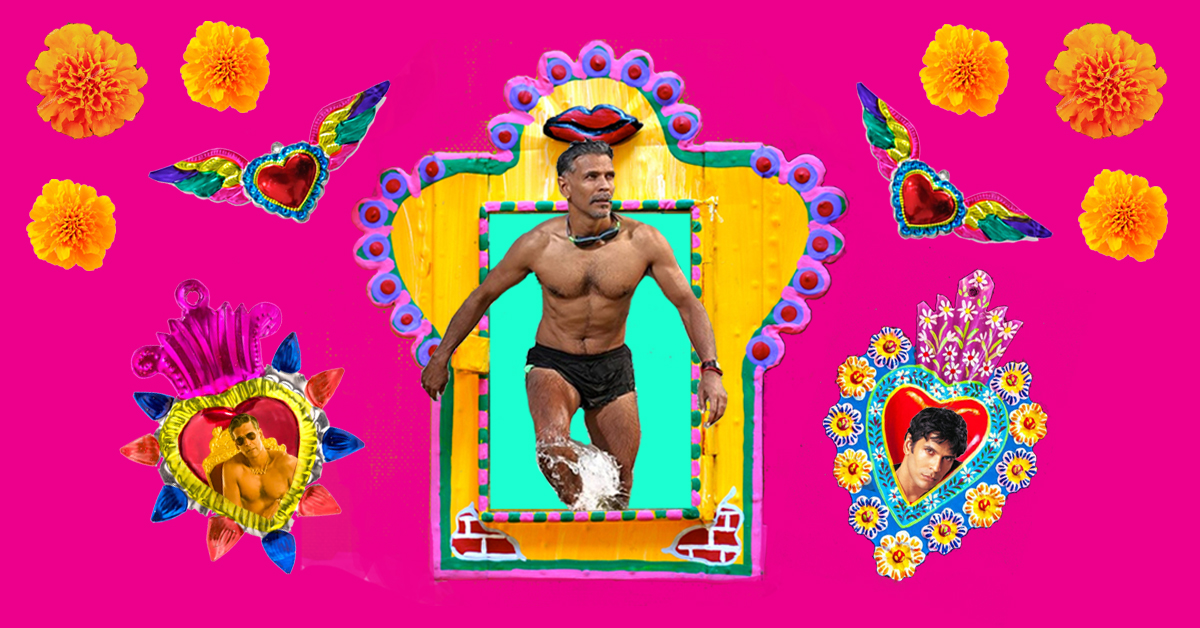 My Valentine To Milind A digital altar for our collective fantasy of this effortles…  14, Feb 2019 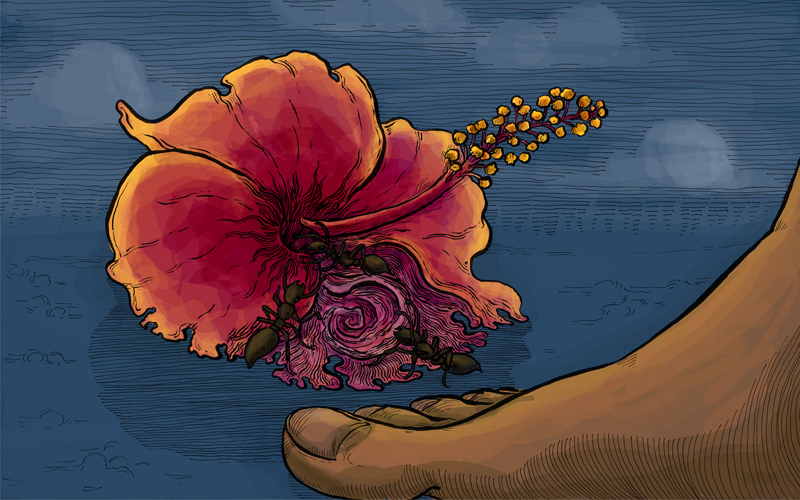