It made me do a lot of prioritizing and reorganizing. It was stabilizing.

I was 25 when we met, Mahima was 45. She had two young kids and was single. The kids knew I was dating their mother, it wasn’t a big deal for them. I suppose they were too young to find anything shocking, and I’m good with kids, so I was just their friend. When my relationship began with Mahima, it was all about sex. We met through mutual work friends at a networking lunch in Delhi, I was working in journalism, and, at that time, she was working as a secondary school teacher. I flirted with her the way I flirted with, well, everyone back then, I was just a single guy in my 20s. I didn't expect her to feel anything about me, though: she was a hot older woman, really smart and independent, highly opinionated and with so much lived experience, and I didn’t think I had any chance with her. She invited me over for a drink one night a few months after we first met. I really thought it was going to be just that. I had a drink, and at some point noticed the sexual tension was just so thick between us. She kissed me, I kissed her back. I wasn’t expecting to sleep with her even then—I thought it would go the usual way, you know, we’d kiss, back off, circle around each other a bit, and maybe after four weeks really get into it. But after about a full minute, she looked at me and said, “Take my top off.” We fucked like rabbits that night, from around 10.30 to 5 in the morning. At one point, when she was on top of me, she whispered in my ear, “Tell me how old you are,” and of course I did. At the time I remember thinking it was so weird. Later that night, she told me that she had been fantasising about me for a while. She said she’d been thinking of me the last few times she played with herself, and that sometimes she’d be talking to me about some completely different topic and would just find herself wet. She told me that at that time she wasn’t really expecting a relationship like this, and certainly wasn't looking for one. Now, she suddenly found herself with a younger guy she liked, had good conversations with, and who had the stamina to try out a lot of things she wanted. She told me once how it was nice being with a guy who was still raring to go even when she was tired, which was definitely something she wasn’t used to after her fairly desultory sex life over the last decade. We tried all kinds of different things that she initiated: masks and dressing up and role play, sex toys, kinky stuff. 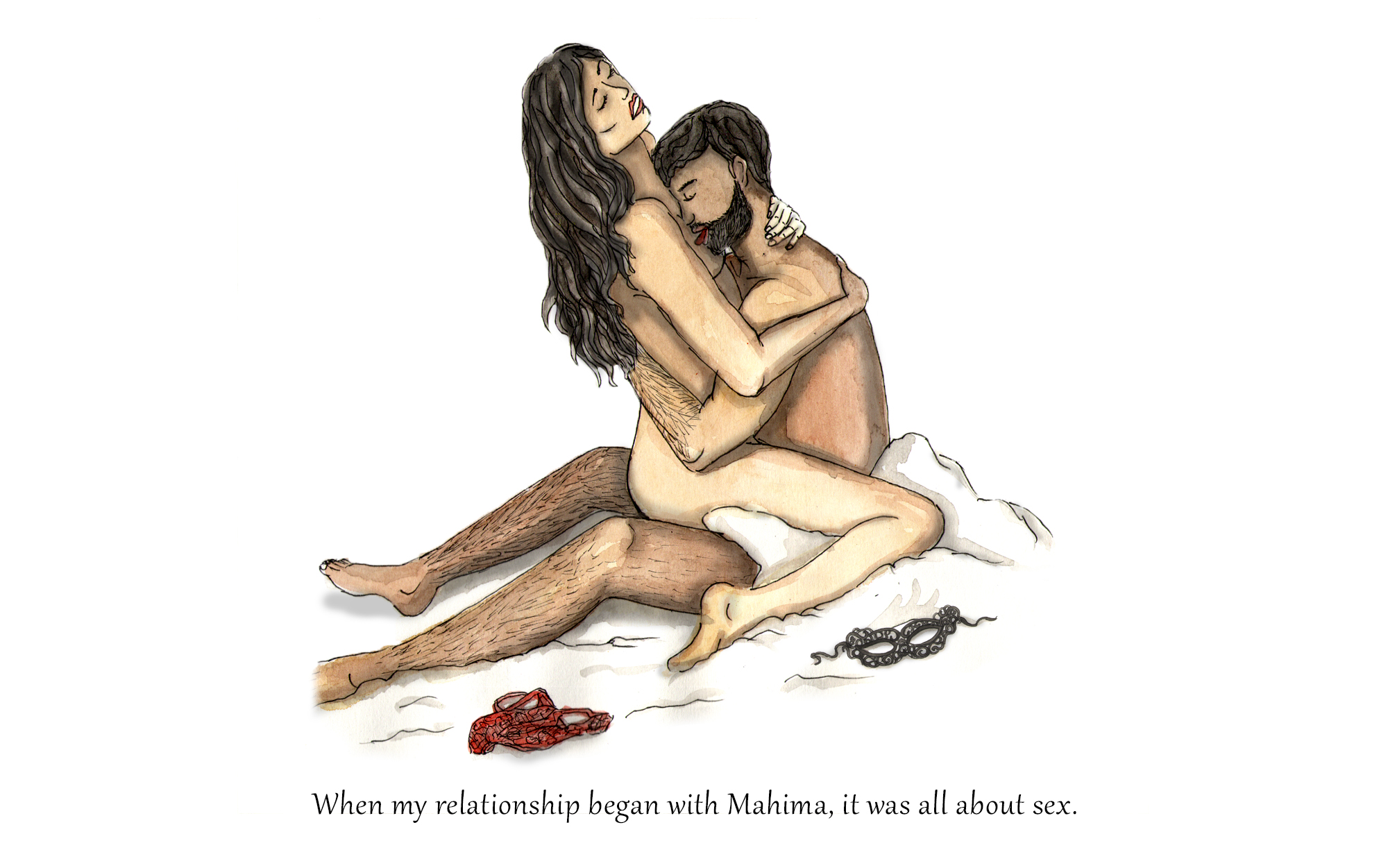 It was different being with her because she was so sure of what she wanted and really knew her own body. The sex was great and it was less of a hit-and-miss. For me it was really interesting to experiment and try new things with a grown woman who knew her body. We’d experiment a lot, have sex outside: there were lots of things she seemed to want try out with me for the first time.We didn’t talk that much about our age difference. It’s an awkward conversation to have with someone when you’re talking about how very old they are. On the other hand, she would keep reminding me how young I was through jokes or casual comments, but we didn’t really discuss it in a deeper way. She had so much more going on in her life than other women I’d dated, and I found her naturally more interesting to be around. It affects every aspect of the relationship: the things you do, the way you hang out, the conversations you have, everything is just more interesting. With most other women I've been with, our priorities were more transitional, almost flippant and frivolous, but here I had a person with actual responsibilities. In this kind of situation, there’s less room for reckless stupidity in your professional life, in how you manage your time or handle your liquor. Mahima was much more independent than other women I’ve dated, but also restricted by her other responsibilities, like her job and her two kids. This cut both ways: sometimes it would be frustrating, like she’d wake up at 6 am and leave, which would be a pain in the ass because there were some mornings where I’d just wanted to cuddle and stay in bed, wake up relaxed and have breakfast together, sweet things that would never happen. Trying to plan something in the evening would always clash with some class or something else. On the other hand, it was also great because it ensured that we maintained some sense of space. Otherwise you're in each other’s face all the time; here there would be a guarantee that you’d be completely cut off from each other for some part of the day, so it made the time we spent together quite special. My experience with Mahima changed what I look for in a girlfriend. I’m not going to date a girl who has nothing going on in her life. At one point it was cool to have these slob stoner girlfriends, but that’s something I’m definitely not into anymore. I’ve realized it’s just such a waste of time and space. Mahima used to have a very full day, from 5 am to 7.30 pm before she would come to me, and didn’t need me for every single thing in her life. We’d do things together like watch movies or go for early morning walks, but we’d mostly hang out with her friends, not mine. I didn’t feel like my friends and she would get along, or have anything in common. My friends, especially at the time, were a bunch of stoners and debauchees, and I became like that when I was with them. We would drink too much, or all night, end up late to work and not be very productive. It was a lifestyle she disapproved of wholly, so it just seemed like it would be uncomfortable to hand out with my friends.I didn’t mind hanging out with her friends, though, a lot of them were really interesting people who were focusing on their really interesting careers, like senior journalists, actors, screenwriters. But I did feel odd sometimes hanging out socially with some aunties and uncles and always being the significantly youngest person there. I also felt that they’d keep talking down to me: anything I said, they’d respond with some of their lived experiences, or tell me patronizingly how I would think differently ‘later’. 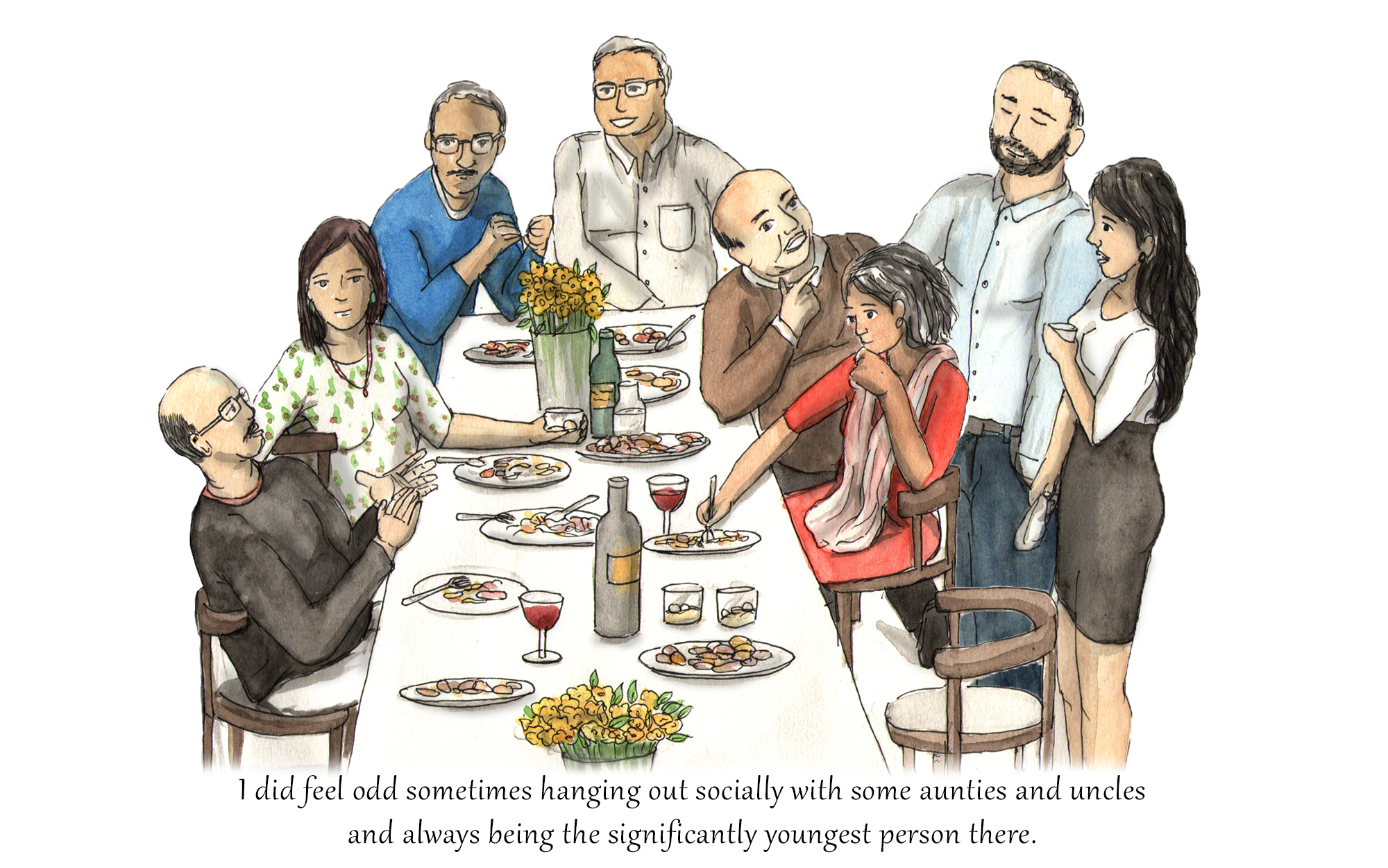 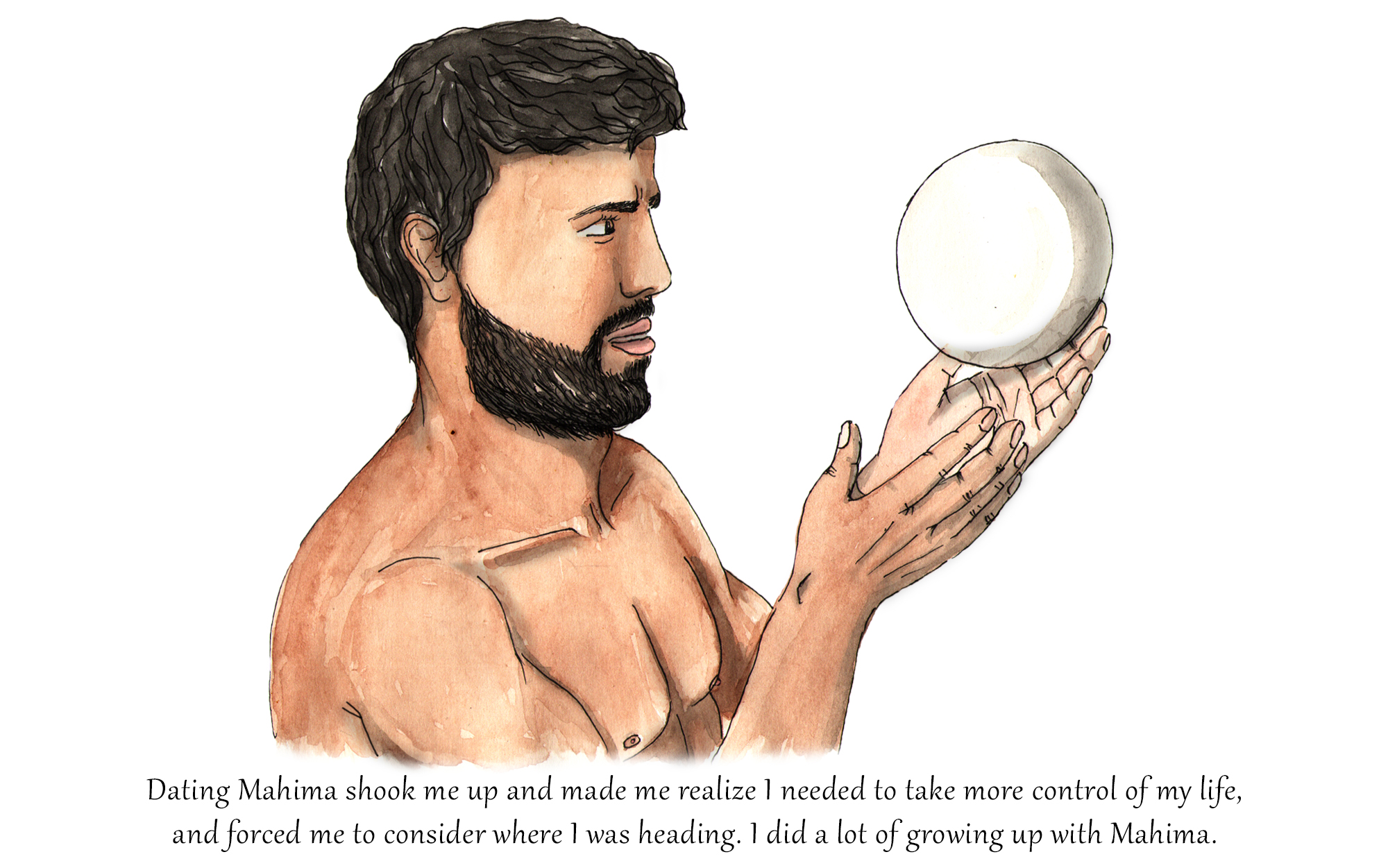 Mahima and I aren’t really close anymore. I'm still professionally acquainted with her because we work in the same industry now, so every now and then she sends people or work my way, but it’s very rare. I know that after me she tried dating a guy close to her own age, but she said she didn’t like the experience and came away feeling shitty, because she just wasn’t ready to date again. After we broke up, I dated a few other people, and since I had something so recent to compare to, I realized I just couldn’t date people anymore who are a fun time but don’t bring anything new to your life, or don’t have enough going on in theirs.I think if I met Mahima now, things may go a lot differently between us, because she’s still a really special person, and I’m a lot more sorted in my lifestyle and priorities. My whole life is less chaotic because I’ve grown up too.A thoroughly disillusioned journalist, Barnath now spends his time badgering errant media houses for outstanding freelance payments, while drinking the cheapest coffee on the Khan Market menus.
Score: 0/
Relationship Dating Older Woman Age Difference Heartbreak Pleasure Personal Stories AOI Personal Stories
Follow us: 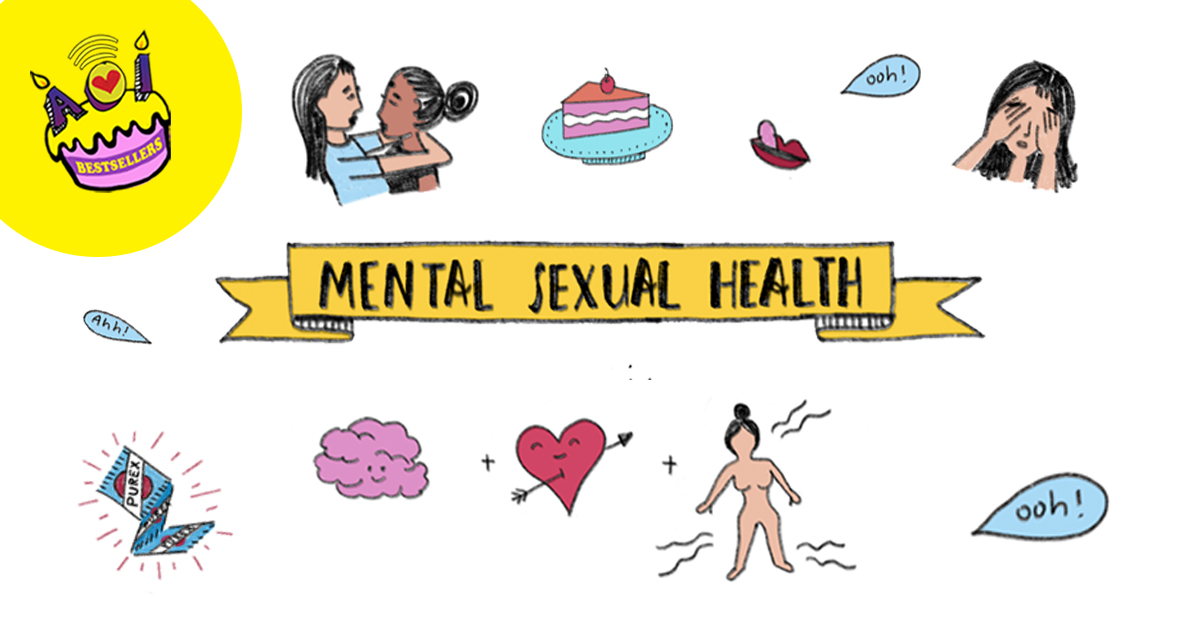 Sexual Resolutions For A Sexual Revolution Tell us your sexual resolution for 2017 and share with the h…  02, Jan 2017 The Adorable Boys Who Love ‘Papa Bear’ Who decided that desire is only for the young?  21, Aug 2020