A mother's totally unexpected response to her daughter's coming out!

FOMO: Fear Of Missing Out“Achha Ma, I have something to tell you…”We were lying sprawled at diagonal angles on the L-shaped sofa, and to all appearances, it seemed like just another day in the life of a diasporic desi daughter. It had been four days since my annual trip home. The novelty had worn off, and nightly chats dwindled. My mother had resumed her favourite post-dinner activity: Facebook Feed Analysis plus Commentary.“Haan toh bolo na, I’m listening” she said, still peering into her phone. Puddup, puddup. My mother was liking things vigorously. Maybe that was a good sign.“It might seem very shocking.” I had rehearsed and revised this preamumble a million times on my long flight back.“Nothing shocks me.” Still not looking up, still liking.“Okay. Achha so. I’m seeing someone…means, dating someone…means, relationship.” The practised script was fast fleeing from my brain, causing a loud pounding in my chest as it galloped away.As she finally looked up, her expression was a mixture of mild concern and extreme, genuine relief. “Arre that’s great! I’m so happy for you! Very good. What’s shocking about that?”What indeed? My mother had dispassionately observed my prolonged, uneventful long-distance relationship with a boy from college, offering neither advice nor criticism. That was three years ago. As far as she was concerned, there had been no men of romantic significance in my life since then. Technically, she was right.She prodded on impatiently, phone forgotten: “So? Who is it?”“Soooo, that’s the thing. The person I’m seeing…it is not a gents. It is a ladies.”I was trying to find the most non-sexual term to describe a woman. In retrospect, a noun commonly used to refer to spaces where women are in close proximity with their genitals exposed – ‘ladies’ as in loo - was probably a stupid choice. Anyway.“Oh.”I had expected her to be angry, but she just looked confused. This I could handle. Mostly everyone I had told had responded with some stage of polite puzzlement.“Oh? So have you always been, ki States jaake hua?”“Oh? So what about that guy you were with?”“Oh? So how do you people actually, you know, like, do stuff?”“Oh? So you just realized? I always suspected this about you.”

My mother was clearly experiencing all these stages at the same time. I magnanimously offered to guide her out of perplexity. “Ma, don’t worry. I haven’t told many people. It is a lot to handle, I understand. Take your time. We can talk about it. Tell me what you are thinking.”Long pause. I steeled myself for a lecture about society, morals, family, nature, motherhood, tick-tock biological clock, etc.“Hmm,” she began, “Hmm. Achha tell me one thing, how do you know the difference?”“The difference?”“You know. The difference. Between friendship and something more. How do you know that you are ahem…attracted…ahem…”“I don’t know Ma, you just know. It is just a feeling.”“Feeling? Waise toh I’ve also had feelings” advanced my mother. “You know, sometimes I also feel – ladies, they are just better…”I had mentally prepared myself for every type of feeling I thought my mother could possibly have – angry-feeling, sad-feeling, betrayed-feeling, scared-feeling, log kya kahenge-feeling – but this homophilic fellow-feeling was totally off-script.“Haan ladies are very nice. You know, they understand each other. They have the same problems – periods, patriarchy, …” I tried to make vague general comments to veer the conversation away from any more talk of feelings. But my mother’s concentration was now wholly focused on Lesbian Life Analysis plus Commentary.“Your friend…she’s also…?”“Gay? Yes she is.”“Hmm. In my hostel also there were some girls who were…you know…very close. No one said, but we all knew. Always doing ghuss-puss together, always giggling.”She paused. On her face I could sense a profound realization dawning.“So does this mean you” she said slowly, “does this mean you never have to deal with men?”“Not never…”“But never in …personal-type situations?”“No I guess not.”“You are lucky. Men are useless.”

My mother’s face was contorting into a kaleidoscope of expressions that was strangely familiar. I had encountered that face somewhere else before. It was the look that many of my undergraduate students wore on Friday evenings when, instead of underage over-the-top partying, they were forced to sit in yet another ‘Research Methodologies’ tutorial. It was that singular combination of premature retrospection, pre-emptive nostalgia and utter despair – it was unmistakable. But what was it doing here on my mother’s face? Could it be…? Did my mother have…FOMO?“And you will never have to get married also?”“It probably won’t be possible, legally…377…”“Wow, you are very lucky. Marriage is useless.”I knew what was coming. A diatribe on the Many Forms of Marital Distress was my mother’s conception of girl talk. It began with the usual “Look at me. Highly educated, highly qualified with two full-time jobs. One at work and one at home. Cooking, cleaning, making the bed, washing the clothes, who will do all this? I only have to do it na…”But today instead of ending on a note of resignation, she began to bubble over into righteous dismay.“Why should I do it? I never chose this life! In my time we didn’t have any choices. Happy ke unhappy, who cares? What other options are there?”I was not sure if this was a rhetorical question.“But there can be, na!” she roared on. Clearly it was.“See in that film Fire – those women’s husbands? Totally useless! But at least they are nice to each other. I still remember that one scene, where one lady is massaging the other’s feet with so much love. You think that can happen ever with men? No way! You’ve seen your father, can’t even carry his own plate back into the kitchen, forget anything else.”I made a noise that was intended to be a sympathetic cluck, but it came out sounding like an impatient groan.“No point in complaining” she continued, “I can’t change anything now. But you go”“Go where?”“Means go and do your thing.”“Okay, thanks for the support, but I’m not going anywhere.”I put her foot on my knee and started to press above the heel, the way I knew she liked. My mother slid back into the cushions and picked up her phone again. Puddup puddup puddup.Sandhya Y (not her real name) is an educator and idli-enthusiast who likes to spend her time reading, singing and doing jigsaw-puzzles.
Score: 0/
QUEER LGBTQYUNNAHIN LGBTIQ+ COMING OUT MOTHER FAMILY FOMO LESBIAN
Follow us: 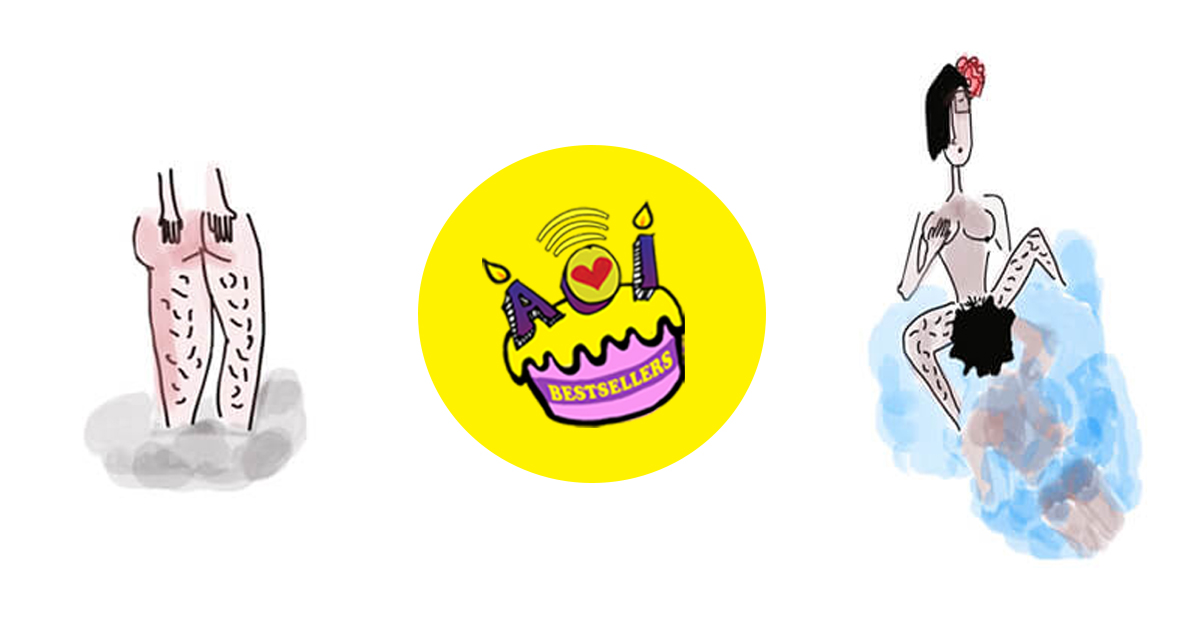 LOST AND FOUND POEMS OF A GIRL WHO LIKED SEX Naughty and Nice poems by Nisha Susan  09, Feb 2017 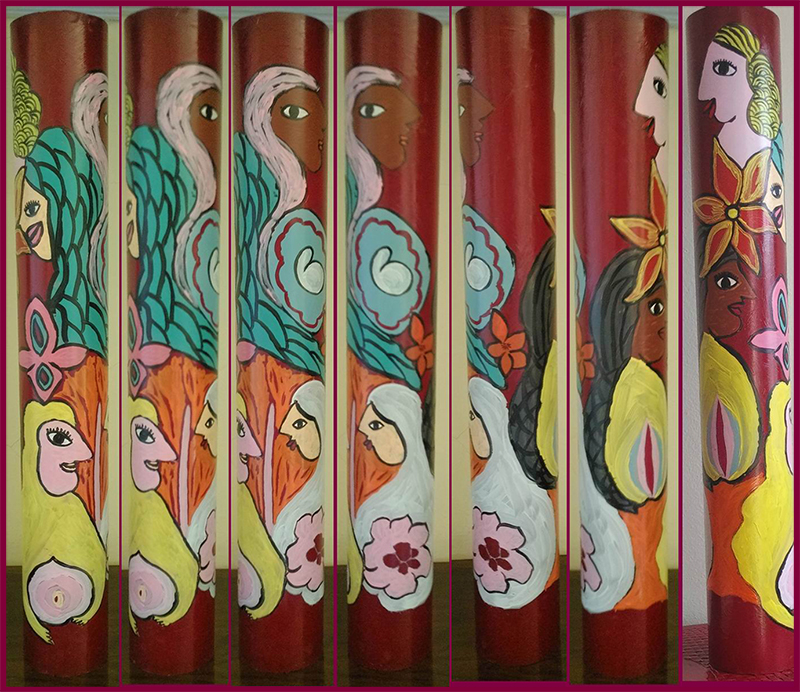 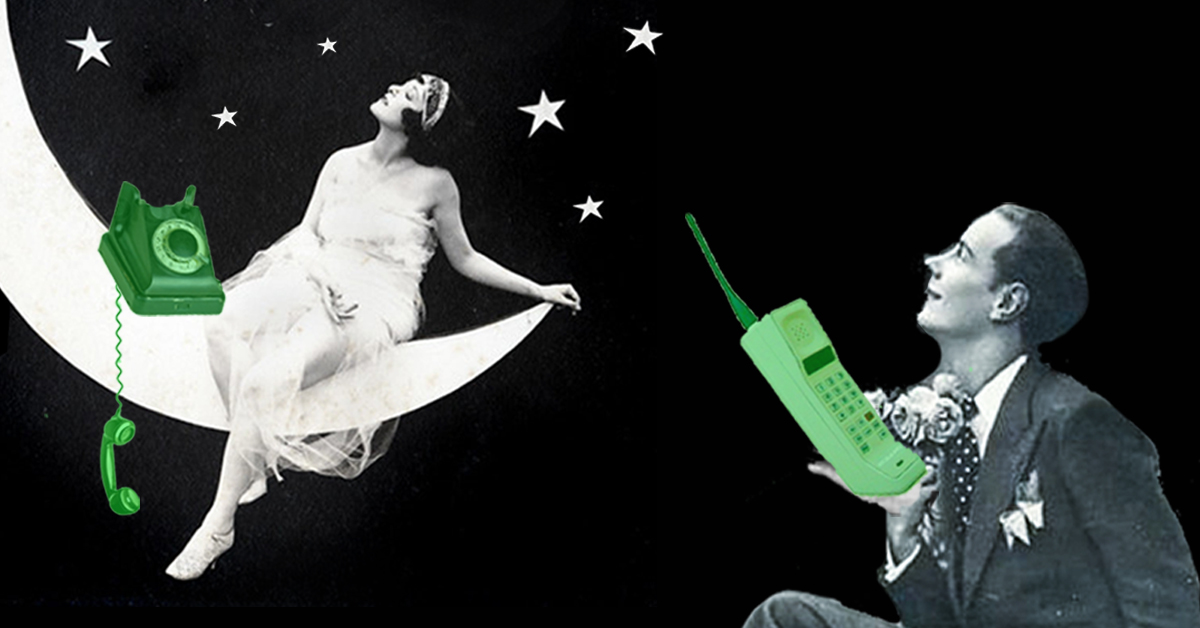 I Ghosted Him. Then I Got A Second Chance. Caught between shame and surprise, will a ghost-er make a di…  10, Aug 2020 Can Your Vulnerability Make You Mean? Mine Did. What memories can a unexpected apology from a childhood bull…  22, Jul 2021