Is there a starting point to talk about sex? Glimpses from an Agents of Ishq workshop on pleasure, sensory metaphors, memory and the body at SNEHA.

I was heading from Bangalore to Bombay, to do a workshop for Agents of Ishq, with a group of young people, who were part of a youth group run by SNEHA, an organization in Dharavi. The aim: getting them to share what we might want to share when we talk about sex.Bring sex out of the closet, into a breezier, more beautiful world.I was nervous.

IS THERE A STARTING POINT TO TALK ABOUT SEX?

How to talk to young people, from a socio economic background little known to me, about what we might want to share with each other when we talk about sex? Preparing for the workshop was really to spend time thinking about having been young, wondering:is there a starting point when we think about sex?I remembered a pair of sparkling green eyes that are the headquarters of the Agents of Ishq — had I not often heard them say — we talk too little of pleasure? How to structure a workshop that would help people talk about this - pleasure, sensual pleasure then, in a free-flowing way.Walking in a bustling Bombay market the noise warmed and restored me. This, the sound of the world, the life restoring pleasure in it, is it anywhere part of the continuum of the sexual? Or did this delicate sensory idea look at the sexual too much from the margins, not getting to where the action was at all?I thought of pleasure, not in another’s body, but also sunshine on my own, green plants that tickle the legs as you wade, thin dried fragrant pieces of soap you could taste. I opened chilgozas, pine nuts, of words - ‘sensual’, ‘sensory’, ‘the senses’, ‘sex.’I realized these were the things that kept me afloat on a Lake of Loving. I decided to focus the workshop on the gentle: touch, pleasure, the sensual.On the morning of the workshop, I went with the materials of this everyday world: some vegetables, leaves, oranges from the market. I reached early and consolidated my armoury by getting toothpowder from the grain shop opposite, flowers from the flower market a little ahead of Dharavi.The workshop doors opened and young men and women with warm smiles and open eyes walked in. Two days rolled past the window as we went together on a journey of discovery that opened them out to themselves – and opened me out to me too.

On Day 1, participants blindfolded one another and relaxed on the workshop floor. We, the facilitators, had strewn materials of their everyday use - oil bottles, oranges, grain, toothpowder - all over the workshop floor. One of the exercises was to gather objects, still blindfolded, and describe them without naming them.

With participants blindfolding each other, Day 1 has started!

Eyes blindfolded, the participants gathered, touched, smelt, tasted objects. Even if they recognized them (which they did not always), they tried to describe them through association, as though they were experiencing the object for the first time.

Depriving sight and opening the other senses to their fullest, creating a unique experience…

The descriptions would first come across as shapes, textures, and then sometimes, texture would tease out a memory.
My favorite was an orange peel. A young person remembered, his eyes shut, his fingers on the smooth skin, through the goose-bumps and threads of the peel, his grandmother’s clasp. He wished he could touch her hands again.There were compound smells. The smell of a girl’s hair in some other material, some of her own smell mixed with hair oil. From it came the moment of watching Doraemon as a child, and the irritation with the mother oiling the sister’s hair, always at that time. For someone else, the flower smell on the sister coming out of her bath.Sensory memory came like a rush. And because it was memory, recovering a moment keenly was followed by a keen feeling of loss, for the time past.

DOES HEARTBREAK HAVE A SOUND?

As we tread into ‘romance,’ empowered by the mixed metaphors we had been working with, I asked if heartbreak had a sound.There were many silent, strong agreements, some loud ones. And so it happened, that many chose heartbreak as the conduit to return to old, sensual memories.Landscapes began to open. Large dusty grounds, pathways leading off those grounds where you were standing with your friends, waiting, while a bunch of girls returned home from school; the outsides of railway stations, public parks, rooms filled with two people, computer tables, parapets of large abandoned buildings. Breezes blew, drizzles, computer mouses watched over static electricity between bodies. You looked at someone’s eyes, you teased them, were teased by them, laughed a lot.As longer stories began to open up, the gates opened to worlds richer than I had imagined. More chaotic, with exaltation that was more familiar, pain that seemed far harder than what I might have known.To simply say this was “about Dharavi” would be crude and untrue, maybe reductive. It was in Dharavi and all of life. A genuine learning from the workshop, for me, was that way too often, we use names to keep ourselves from knowing or discovering things. It is good to go blindfolded sometimes.As memories tumbled out, resentment was voiced in consequence: why were such depths being touched if there was nothing we could do about them?

As we went, from exercise, to exercise, we found ourselves laughing. We ate stories together, some returned to painful stories with a sense of catharsis. Some felt relieved that the experience of pain was shared, not a lonely one. Sometimes it was not so simply resolved - one moment you could make us laugh with a story you told us about yourself, but later you might feel, you were not ready yet for the laugh, it still pained you.Sometimes, narrating pleasure was mixed up with many coloured threads:The confidence that came with the saying of a “yes”.The fun of gender roles breaking down in the mess of a hug,in discovery of the self and the other,in the swapping of roles, something shifting within us.A passionate kiss in a public place wrested from a story of impossible ‘decency’ and a courtly love.The wakefulness of the eyes that survive the valleys of shame and suffering parents!

I wonder: Making a body carefully, with material, might be a way to love bodies themselves, regardless of which body type you desire?On day 2, the young participants made rangolis in two groups using some rangoli powder, and whatever else was with us- toothpowder, grain, flower petals from a previous exercise, plastic spoons that were not used at lunch, markers. One rangoli was of the female body, the other of the male body.

The boy’s upper torso took over the gloss of the floor in a sheet of grain that called you to touch him. His hair, a disarray of marigold petals, his biceps, converging plastic spoons. What came first, I wondered? The marigold testicles or the penis of the Dabur Amla Kesh Tel bottle of green oil, that nestled between them, now erect…

The groups were mixed. Boys and girls had lovingly worked on details of each body. The groups were competitive. The boy rangoli was given a beautiful graphic fantasy- in a bubble over his head, a naked couple was found embracing. We were all laughing with enjoyment.
And yet, there was diffidence about detailing. The area between the girls’ rangoli legs had a vagina, but it was very basically put in, there was no detail.Why, I asked. What of other details, what do we know of that area, what do we remember? There were pleasant but somewhat diffident smiles on some of the boys’ faces. Did they feel this was an intrusion? Or that they were the intrusion? At least hair, I asked? There were embarrassed laughs. This detail, the girl-rangoli’s pubic hair, somehow, seemed more private than the organs themselves.One of the quiet girls, who would often spell out a story and then retract it, or change it, depending on the response of the audience, stepped up at this point and with a companion, deftly added hair by disturbing the powder with their fingers.
We did not make it to the clitoris. As the participants shuffled between being assertive and feeling unsure, so did I. How did we name this? And for lack of a name, on the workshop floor, a clitoris was lost?Many questions bubbled through the workshop.What is sex then? What are we are able to do with it, for our selves? Does it gild our lives or does it live at our centres? What are the verbs for it? Only those which pertain to having sex? What does it mean to be a sexual being? What creates chaos in us? When is the chaos rich, when is it begging for a simple conversation?To be not only be separated, rarified, vilified, romanticized, but also simply stitched into experience, emotion, friendships, choices, doubts.Or into larger continuums of sensory experience so we can keep discovering our sexual selves.
Out of this came some of the audio podcasts that you hear on Agents of Ishq.
Hansa Thapliyal, film maker, lives in Bangalore and is interested in re-searching all manners of storytelling.
Score: 0/
Follow us: 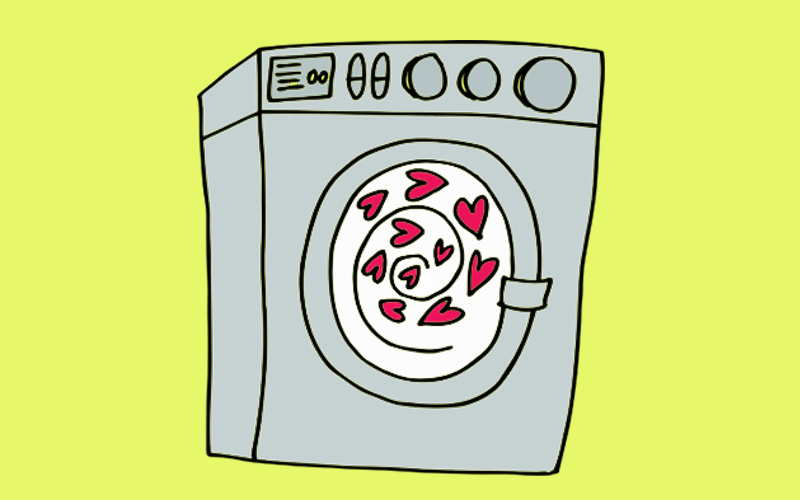 The AOI Penis Wellness Guide A guide to taking care of your penis.  08, Nov 2018
If it’s May 17th, it Must Be International Day Against Homophobia, Transphobia, and Biphobia! 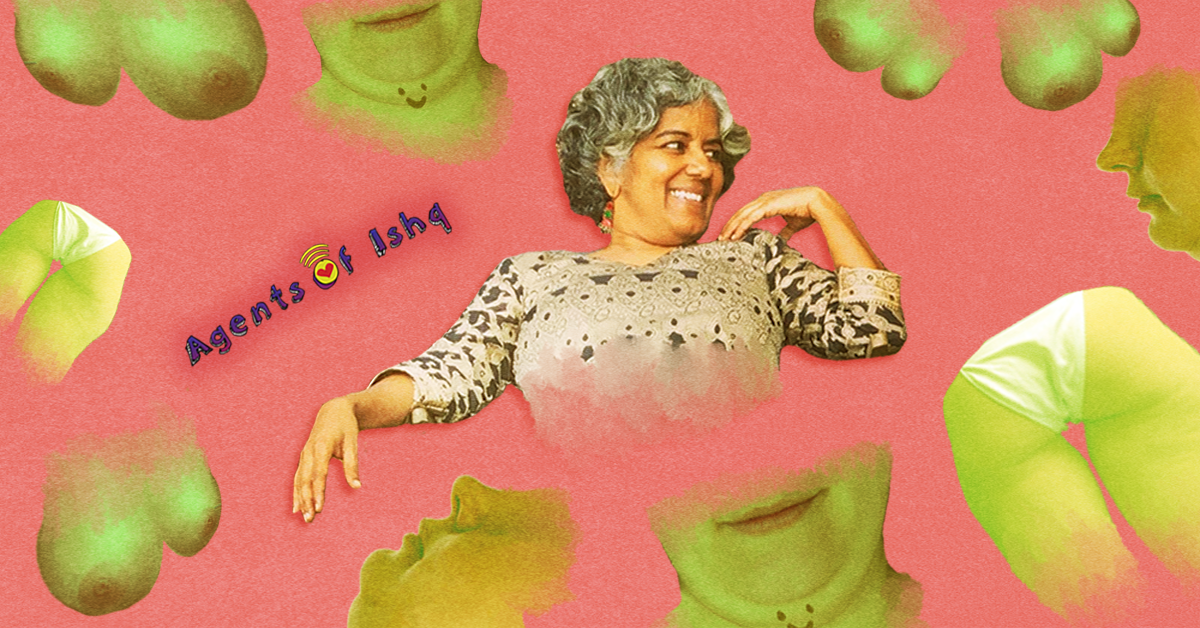 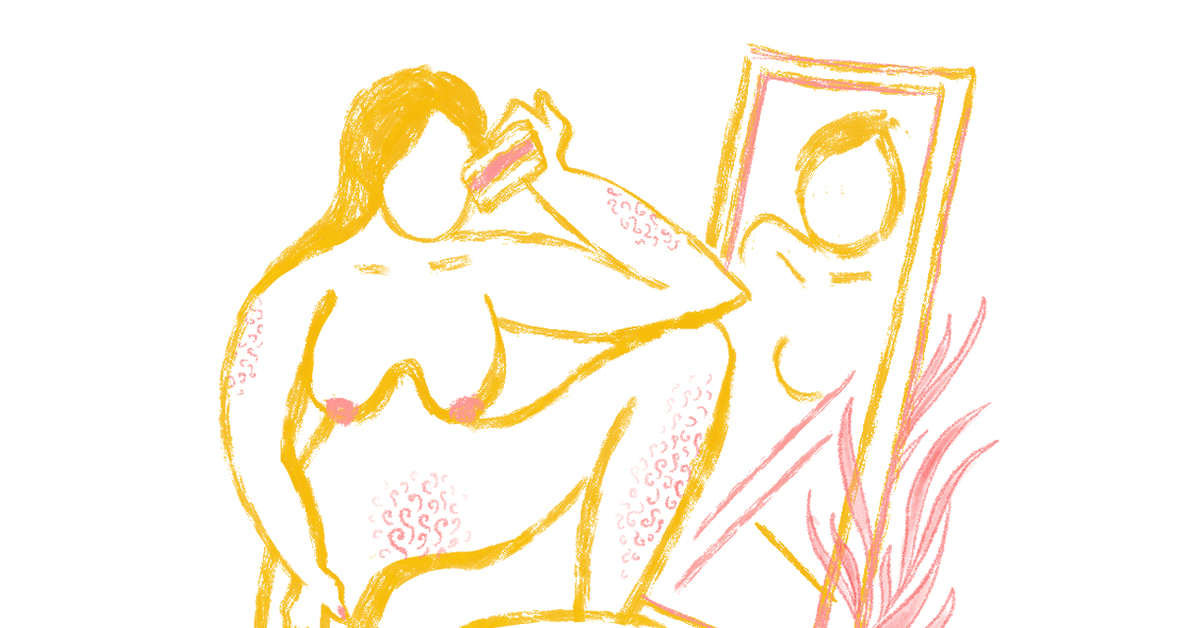