How to Love Yourself When You Are Asked Not To: A Conversation With Supriya Joshi

Highlights from the June AOI Conversation with Supriya Joshi

On Sunday, June 10, we hosted a lively, interactive and laughter-filled session on body positivity, self-love and more with Supriya Joshi – known as Supaarwoman on social media – stand up comedian, writer, and self-proclaimed make-up connoisseur.The idea of loving one’s body the way it is has started to infiltrate social media, but what does it actually mean? What does it mean to love yourself in a world that tells you otherwise? Supriya Joshi provided some thoughtful, interesting and hilarious insights and helped unpack the meanings behind self-love and loving one’s body. 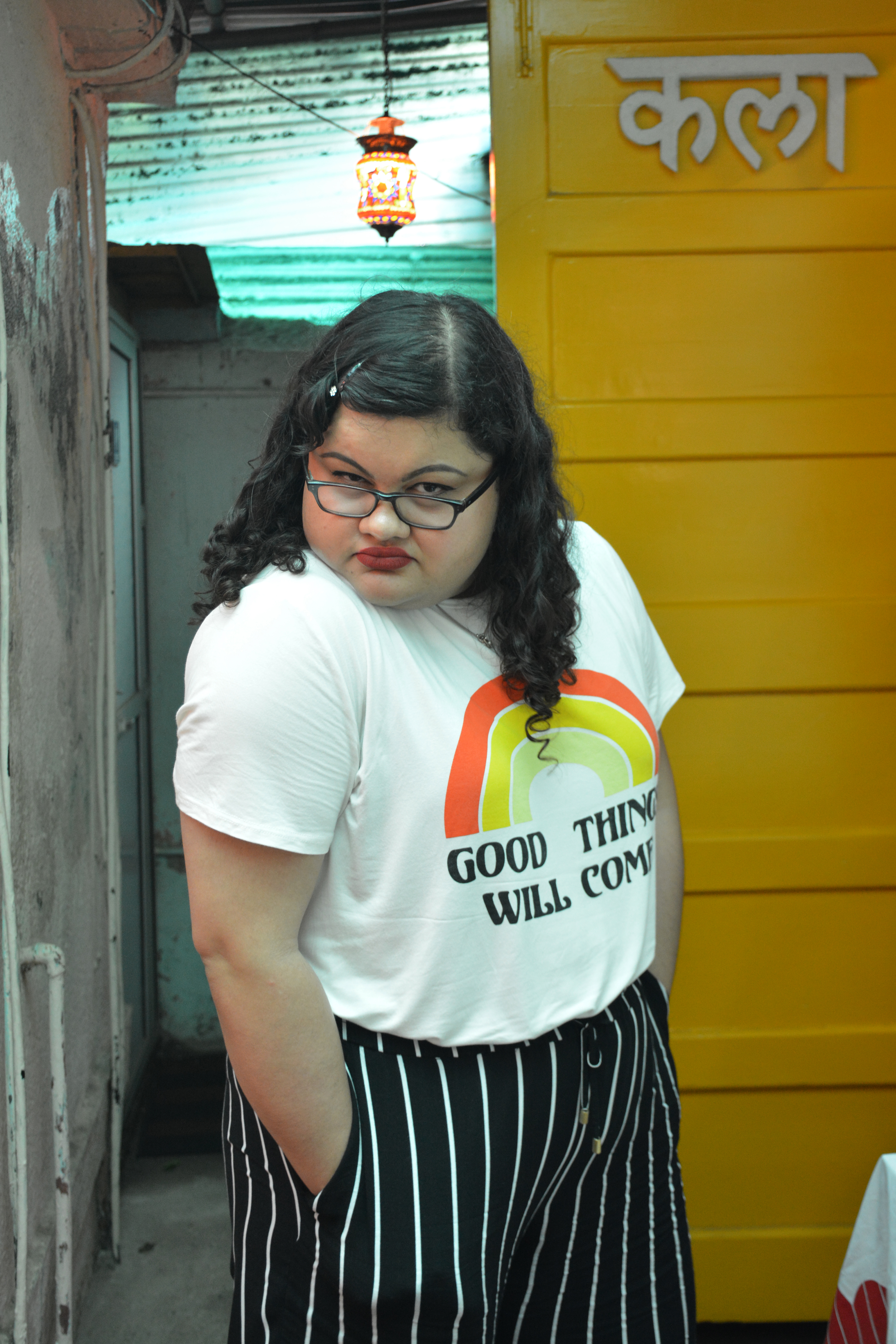 We talked about how self-love is a long, continuous process. It need not mean that one should go out and show their body off in a bikini if they really want to prove to the world that they love themselves, unless doing that would bring them joy; self-love is about doing anything – grand or small – for yourself because it makes you feel good about yourself. Even if it is a simple thing like painting your nails a fun colour. The idea of self-love is to constantly do things that make you feel confident and happy. The only thing you need to ask is: what makes you feel good in your skin?But what about the days when you don’t necessarily feel good about yourself? We talked about how sometimes, it can be tough. Being popular on social media often means that there’s an assumption that one is always happy or enjoying every moment of their lives. Supriya told us that she gets this question a lot too: how are you always happy? Well, she isn’t. And that’s okay. She believes it’s important to feel all kinds of emotions with regards to yourself and your body, because loving oneself is a continuous and never-ending journey.The room was full of actively participating individuals as the talk went on. Funny anecdotes and incidents were shared, which again brought an insight into how body positivity is an incredibly important issue to understand. Supriya stated that most of her followers are women, mostly adolescents and young adults, and her aim is to reach them as much as she can because she would like to be the ‘someone’ she never had when she was growing up. “When I was 15-16, nobody was there to tell me – hey, you’re beautiful! Your existence is a gift and you should cherish your life and who you are!” She said that several of these girls often interact with her, leaving positive comments and messages on her Instagram account, which in turn makes her feel like she’s reaching out. 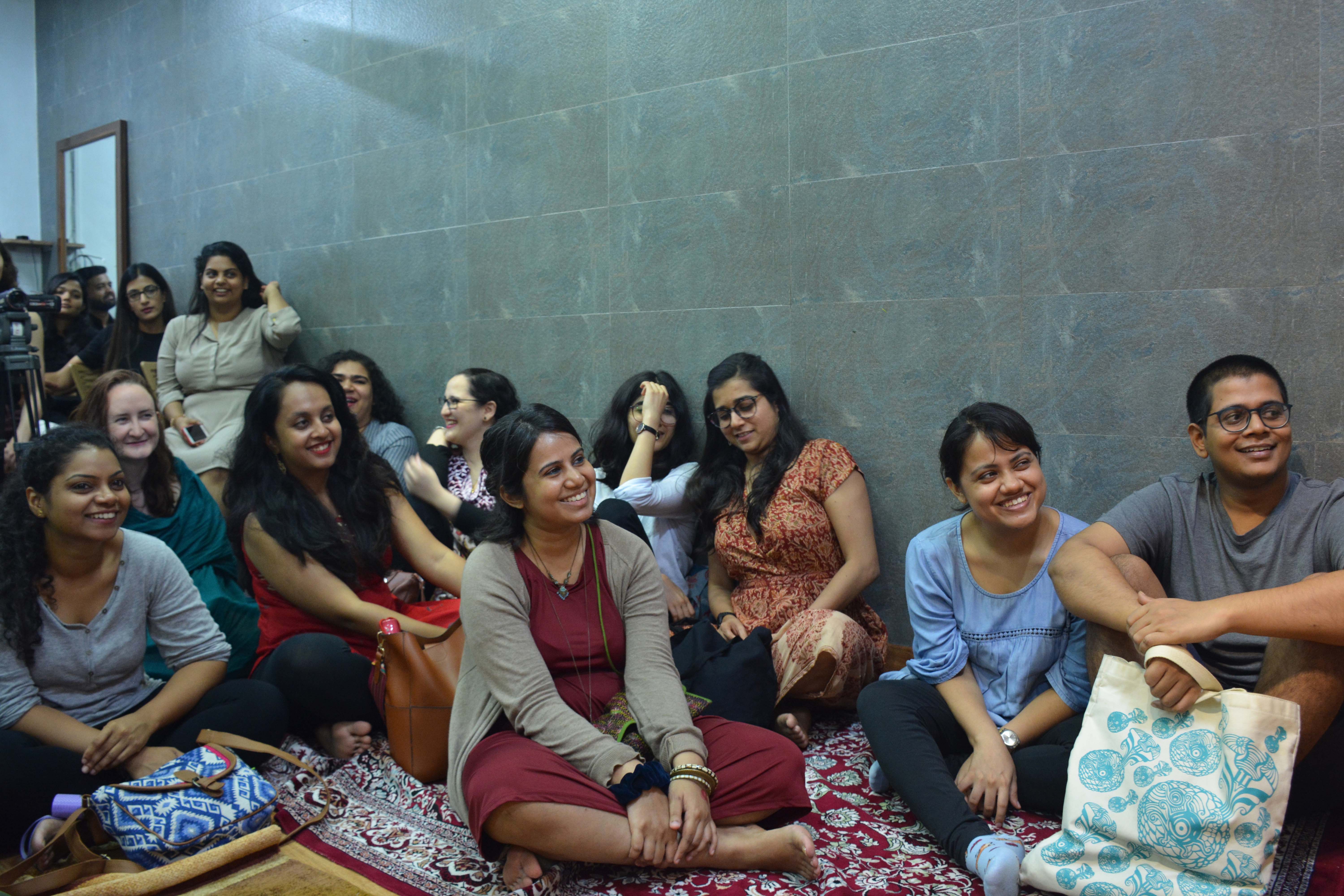 What about men? Do they also participate in these conversations on her social media accounts? Supriya says that they don’t as much; there are hardly any men who regularly engage with her. The negative comments and trolling have come mostly from men. She adds that a part of this problem is that men have been conditioned to desire certain kinds of bodies, and that things like body image, the issues that come along with it and how to deal with them are largely absent from any kind of conversation around masculinity. She points out that rigid standards of beauty exist among men too, but there is no conversation around it. Overall, though, she feels grateful that her regular interactions with her followers are mostly positive and full of joy and love. We also chatted about how certain words are often used to describe fat people that circle around fatphobia – such as calling a fat person ‘cute’, ‘jolly’, or ‘smart’, which more often than not sound like backhanded compliments that indicate that the person’s body is a problem. How does one tackle that? “If you get a compliment, take it. They’re hard to come by,” Supriya said as the room erupted in laughter. Often, using such terms to describe someone take away from the obvious fact that their body is a problem that no one wants to address – fatness has a silence attached to it, because it is seen as a problem. The aim of body positivity is to remove the stigma around bodies that we don’t see represented around us – bodies with stretch marks, discoloration, hair – or even fat bodies for that matter, and to make it okay for a person to be confident and content with the body they have. According to Supriya, the aim should be to destroy the concept of ‘normal’ itself, so that all bodies are considered worthy of love and respect. 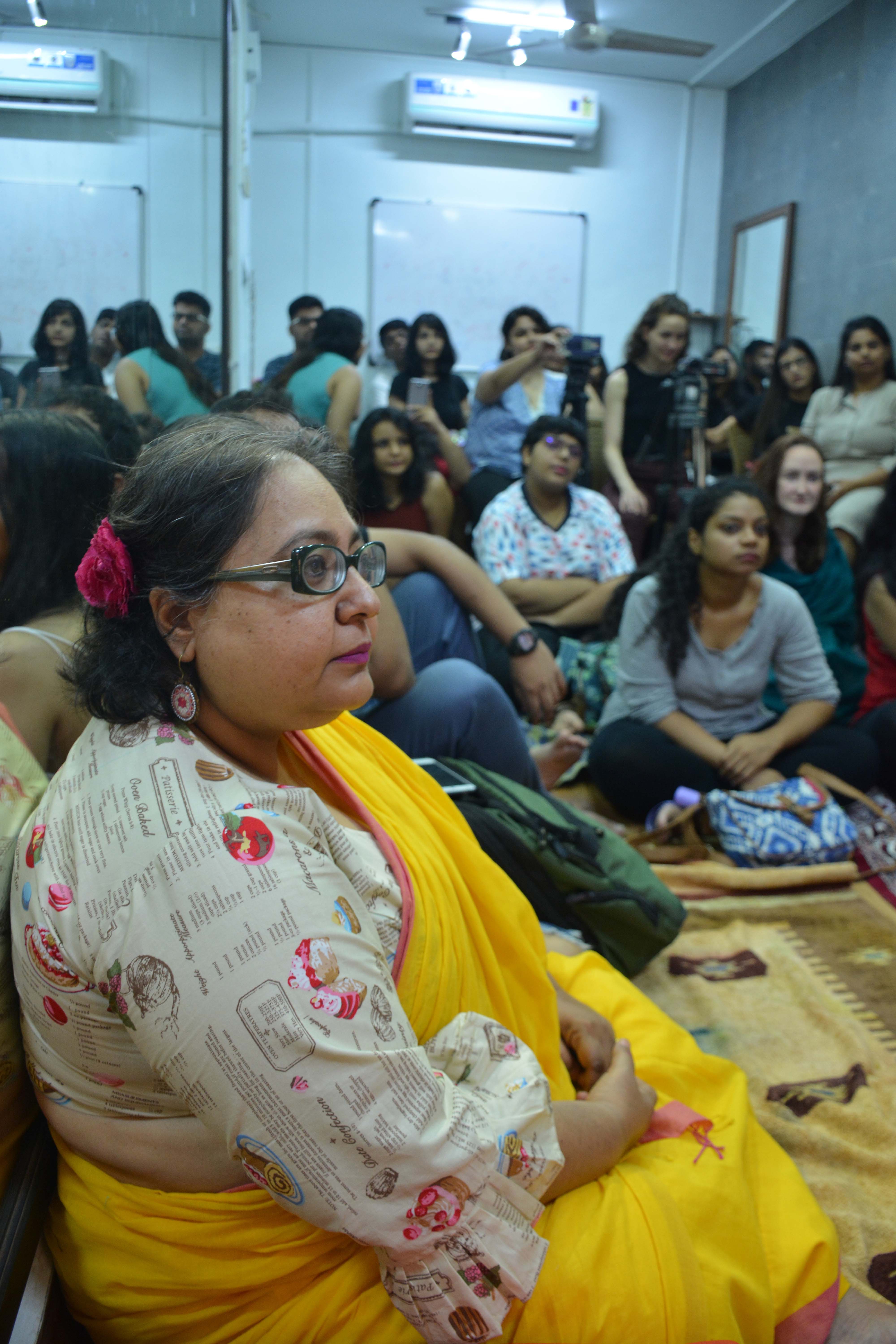 Is it possible to love yourself when the world tells you otherwise? Supriya said it was a constant effort and an important journey. “You can’t love someone else if you don’t love yourself.” Fortunately, the formula to do that isn’t tough. One way to do that is to surround yourself with people who add value to your life – whether in real life or on social media. Following plus size models on social media, for example, or following body positive advocates in the form of artists or celebrities is one such step. Her personal inspirations are drag queens, who instil oodles of confidence in her to go out and be her most gorgeous self. For her, make-up is an important way in which she feels great in her skin. What you might draw on isn’t written in stone, she said – anything that makes you feel good about yourself and your body is a valid expression of self. And she had a fun recommendation: “Just dance for a while without caring about whether you’re doing it right and see how it makes you feel.” How can we make the world more body positive? In the end, she said, what matters is how you take your body and confidence into your hands. And for people with other body types (persons with disabilities, or queer bodies, for example) who are not represented yet, Supriya said, start somewhere and make yourself visible. “If you’re from a community or have a body type that feels left out, come out. Say, ‘I’m here.’ It may take a while, but it helps when people put themselves out there. Tell your story. Come out and say, ‘This is who I am, and I want to be seen.’” 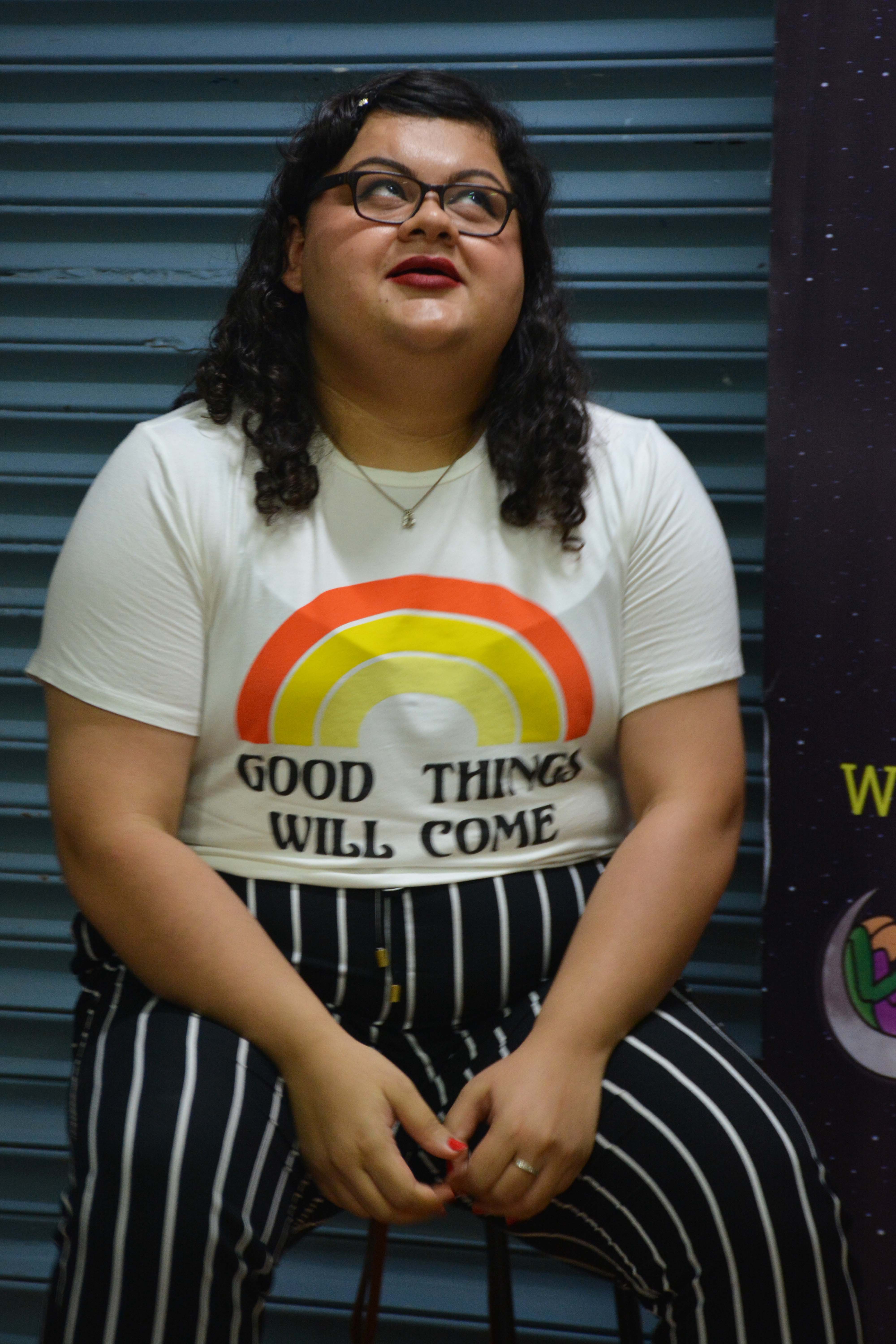 Supriya also suggested that we start writing stories and casting people who don’t conform to normative body standards.The key is to bring as many bodies out in the forefront as possible, so that people watching would know that their bodies are just as great as anyone else’s. After a fun exchange of questions, answers and ideas, the talk concluded with Supriya talking about her one true passion – the Korean boy band, BTS! There was dancing, singing, and laughter that ended the session. AOI Conversations are held every second Sunday of the month at Kala Studio, Khar at 5 PM. We aim to create an offline space where we can connect with other people, to share our collective wisdom, our doubts and anxieties, in a safe environment.
Score: 0/
SUPRIYA JOSHI SELF LOVE BODY POSITIVITY SOCIAL MEDIA MASCULINITY AOI EVENTS
Follow us: 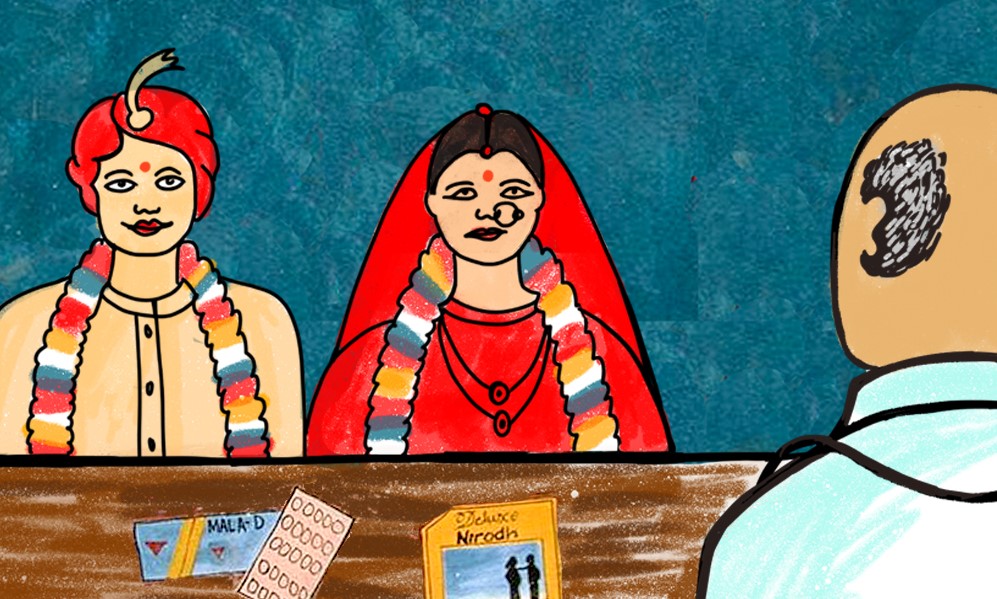 Things People Tell Me About Sex: Diary Of A Gynaecologist A gynaecologist gives us an insight into how (little) sex is…  01, Aug 2017 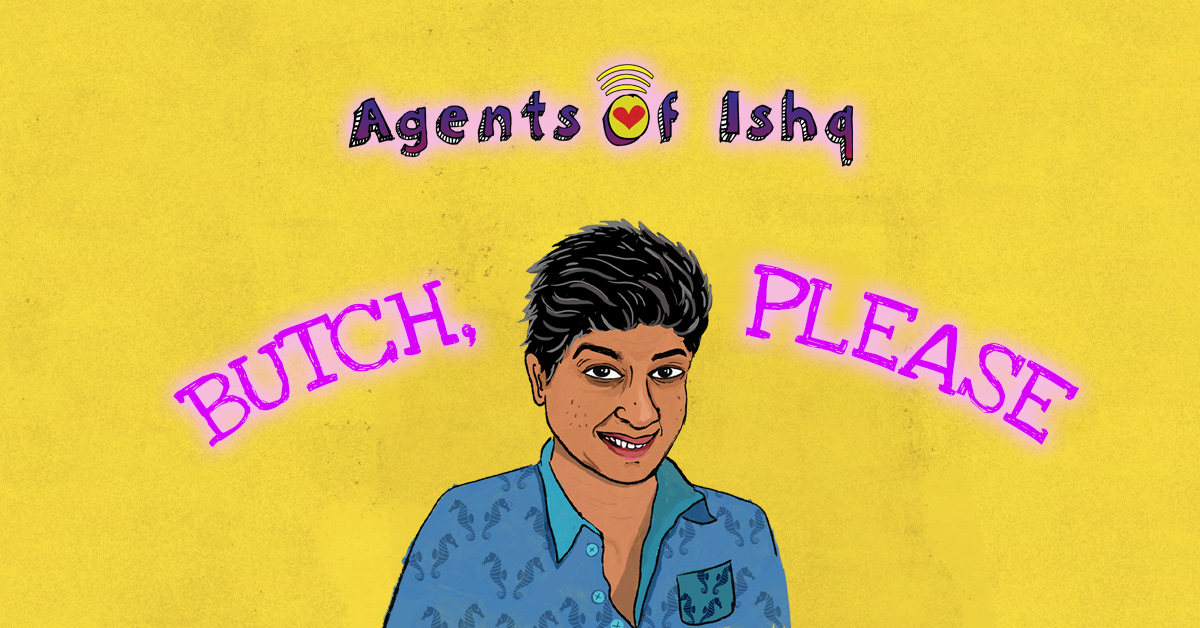 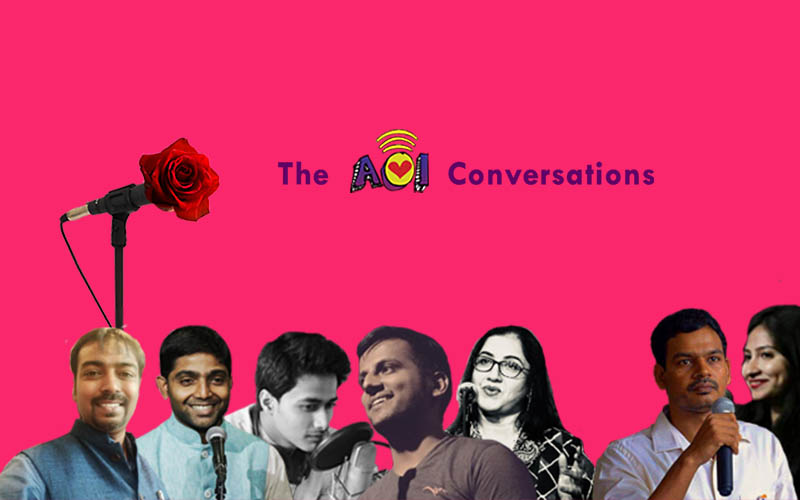 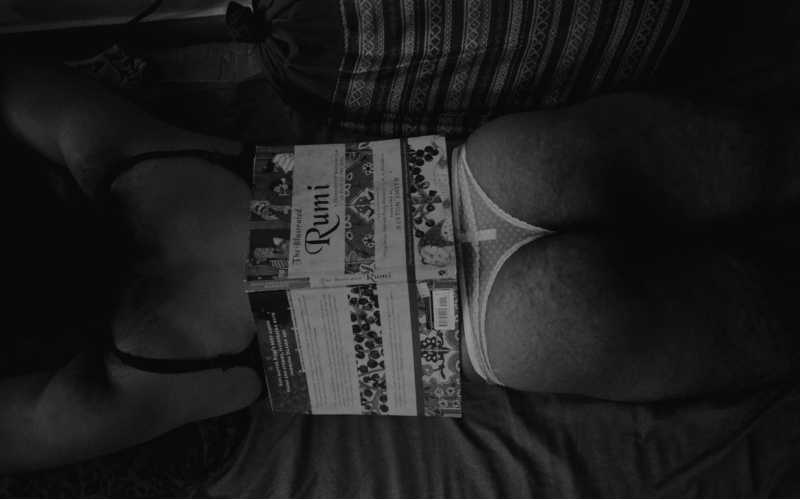 my mother does not know i am wearing her sari. how long must I hide? poetry and poetic prose by soz  29, Sep 2017 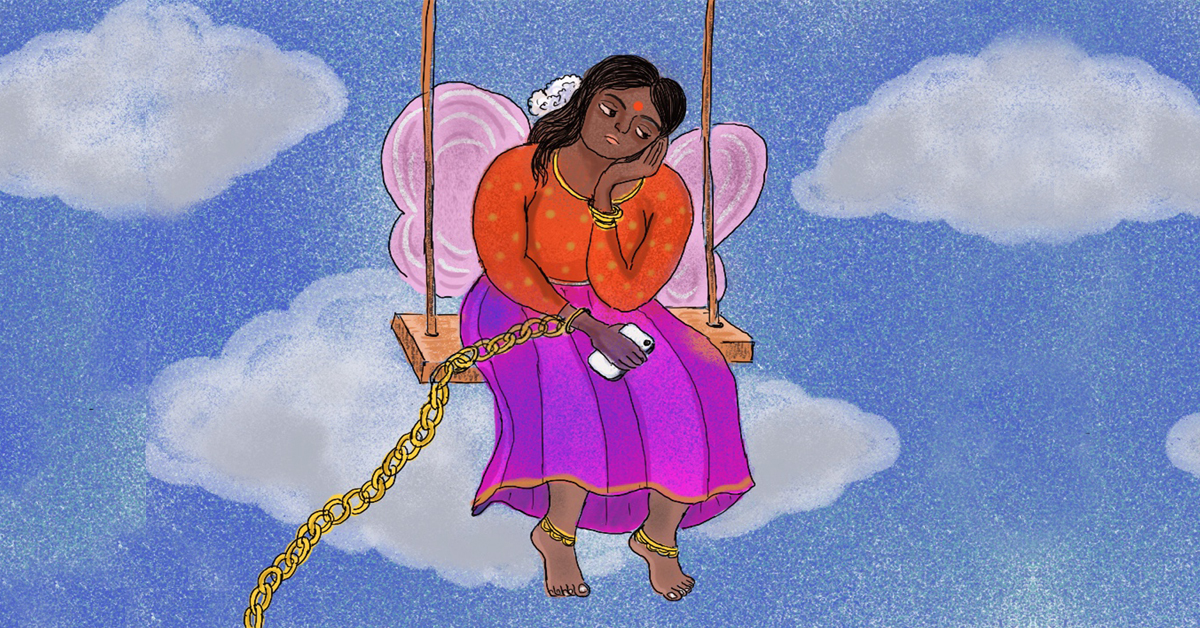