Are Male Orgasms And Female Orgasms Matching Matching? (An Investigation)

We all know what happens when you don’t have sex-education. That's right - you get gadbad fundas.
Like sometimes people say things like “orgasms have no gender.” Maybe they mean that both men and women like to have sex and orgasms. Which is true. But they also see to imply that men and women have identical sexualities, because, matlab men’s sexuality = normal/everyone’s sexuality.
So here is the thing: orgasms do have a gender—there is a world of difference in the orgasms that men and women have and the reasons are physiological.
And this distinction between male and female orgasms explains a lot about the way women and men experience sex very differently: How much foreplay they need and want to get aroused, what they want to do after sex, or the kind of porn they watch. They have different routes they need to take in order to arrive at orgasm.
So here is an orgasm kunji for the ishq exam paper
First, what is an orgasm?
You could board the train to exciting full-body thrill of the orgasm because of all kinds of stimulations. It could be a picture, an SMS, the sound of someone’s voice, a memory or of course, touch.

It could be a fast train or a slow train to orgasm, but the basics are the same. After arousal, (not before and not without) the brain sends blood flowing to the genitals, and your breathing and heart rates increase. Thousands of nerve endings that are part of the central nervous system send signals of enjoyment to the part of the brain that recognises ‘rewards’ or pleasure.Then a feeling of slow explosion, or explosions goes off in the body, with headquarters in your genitals.
Do orgasms feel different to men and women?
If you ask women and men how an orgasm feels they say somewhat same-same things.
Women say: A ‘sense of suspension’, which feels a bit like floating, followed by waves of a hugely pleasurable sensation that starts at the clitoris and moves to the pelvis—that’s blood rushing to the vagina and clitoris. Their genitals seem to become ‘warmer’ or tingle, and muscle contractions, also called ‘pelvic throbbing’, are felt in the vagina and lower pelvis.
Men say: They feel a ‘deep warmth’ and short, sharp contractions in the pelvic muscles, but the orgasm includes contractions of the anal sphincter, the prostate, and the penis muscles, eventually resulting in the ejaculation of sperm and other fluid, along with an orgasm.
The orgasm in both sexes leads to the release of dopamine, the ‘feel-good’ hormone, and oxytocin, the ‘love drug’, which heightens feelings of trust affection for the mate, but apparently women get higher levels of oxytocin.
What actually happens to men and women’s bodies during orgasms?
Studies say that women’s orgasms are ‘far more complicated’. Their breasts grow slightly larger, the walls of the vagina produce lubricant, the nipples usually become erect (if they haven’t already during foreplay), the clitoris gets bigger and then contracts to half its size just before orgasm, and their chests or faces might become flushed.
The female orgasm is a sequence of rhythmic contractions experienced in the anus, uterus, pelvic muscles, vagina, and outer labia. There are anywhere between three and 15 contractions, and approximately one every second.
Ejaculation in men leads to the expulsion of a watery white liquid known as semen, but people often don’t realise that sometimes women ejaculate too—a translucent liquid with the same chemicals as urine.
What’s going on in men and women’s brains during orgasms.
For the sake of science, some people have actually volunteered to have orgasms under a scanner. Thanks to them we know what is actually happening in our brains during that moment we might think of as mindlessness. During orgasm, for both men and women, the brain is affected deeply. And the brain goes through a build-up from arousal to orgasm leading to all those physical reactions like toe-curling and strange facial expressions we make, almost as if we are in pain.
At the moment of the orgasm in men, a part of the brain called the secondary somatosensory cortex, which processes physical sensations, is activated. This means that men focus on genital stimulation in a big way. But women only register the primary somatosensory cortex of the brain, which means that they register a feeling in the genitals, but don’t give it as much importance as men.
And in women, during the peak of the orgasm, parts of the brain shut down leaving the mind in an almost-trance like state. How does this work? Areas of women’s brains that process emotion tend to shut down during orgasm. Apparently, the relaxing of two parts (called the amygdala and the hippocampus) reduces anxiety and alertness, and the female nervous system also blocks out the brain’s ability to feel pain.
How many orgasms?
Women are capable of having many orgasms, one after the other, without a break.
A couple of years ago, researchers stumbled on some pretty revealing differences between men and women’s brains in the aftermath of an orgasm. Some regions of the male brain become unresponsive to stimulation of the genitals right after an orgasm, so they usually need what’s called a ‘refractory period’ to recover (it could last from a few minutes to hours, and although they are capable of many ‘dry’ orgasms without ejaculation, this is rare).
Women, on the other hand, continue to get signals from the genitals, and can climax several times. Which is why they are often able to carry on sexual intercourse, and are liable to feel still feel in the mood while men stop after their single orgasm.
Apparently, the record for the highest number of orgasms for a woman was 134, compared to a mere 16 for a man.
For how long?
A woman’s orgasm lasts longer—for 20 seconds or far longer—whereas men’s orgasms typically last from three to 10 seconds.

Do women have different kind of orgasms?
Whereas the penis has just one route carrying sensations to the brain, female genitalia has at least three.
Women can get orgasms from stimulating the clitoris, the inner vaginal lips, and the area surrounding the urethra, but the most common type of orgasm for women is clitoral.
For decades, there were controversial debates around the idea of an incredibly strong “G-spot” orgasm, which was meant to occur through the stimulation of the G-spot, apparently an area of spongy tissue a few centimetres deep inside the vagina. But nowadays, scientists are not sure it actually exists at all or whether all women would find stimulation of the G-spot pleasurable.
Many women experience orgasms through oral sex or masturbation rather than penetration or intercourse (surveys have said only 25 per cent of women climax during penetrative sex, and that 10 per cent of women never orgasm), and vaginal orgasms are rare.
How long does it take to have an orgasm?
It’s been suggested during masturbation that both men and women take an average of about four minutes to orgasm. Women can take anywhere from 20 minutes to upto an hour to orgasm during penetrative sex, and men usually last anywhere between one and 10 minutes, although being able to last longer, for about seven to 13 minutes, can become a major source of anxiety, and boasting, amongst men.
Is it harder for women to get an orgasm?
Sex therapists say that women don’t orgasm so much because they often don’t get enough stimulation and arousal during foreplay. Women need to have adequate foreplay in order to get aroused enough. This has led to the idea that the clitoris is “grumpy” and takes ages to heat up. But in reality, it can take anything from a few minutes to an hour before women reach orgasm. It depends.

Why do we have orgasms anyway?
Male orgasms leads usually (but not always) to ejaculation. This releasing of sperm through ejaculation is necessary for reproduction.
Scientists have spent years wondering why women have orgasms when it’s not needed for reproduction.
But they finally came a little closer to solving this ‘evolutionary mystery’ last year, when biologists looked closely at the workings of female orgasms in placental mammals and suggested that female orgasms might have begun about 150 million years ago, from the time that orgasms assisted ovulation (possibly before women’s bodies released eggs without sex) and therefore increased the likelihood of eggs being released and fertilised.
Theories still abound: One describes female orgasms as a way of male and female bonding, and becoming couples, while the other is more functional, suggesting that orgasmic contractions of the uterus are designed to suck up sperm from the vagina.
Our (non-scientific) theory is that Mother Nature decided everyone should have an equal chance at having fun during sex.
Score: 0/
orgasm male female ejaculation
Follow us: 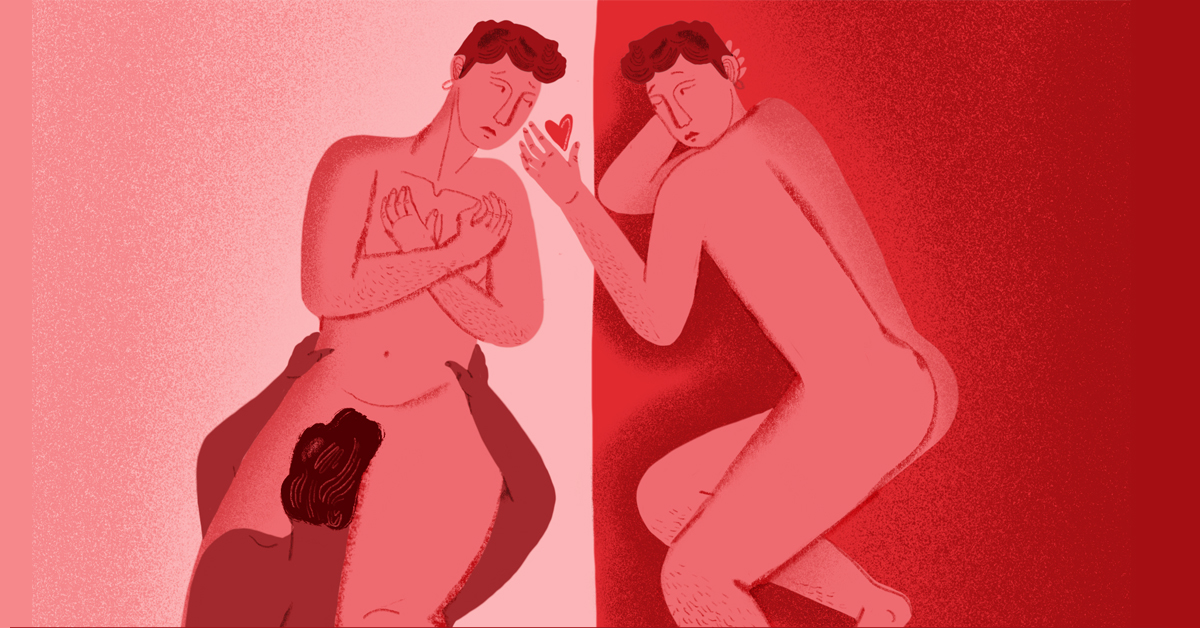 My Body In Bed Isn’t Any Kind of Map To Pleasure What is intimacy like when it’s traumatic to live in your…  12, Oct 2020 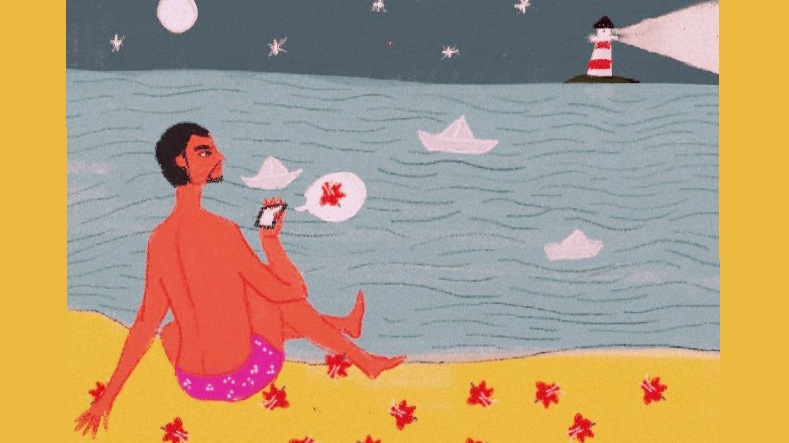 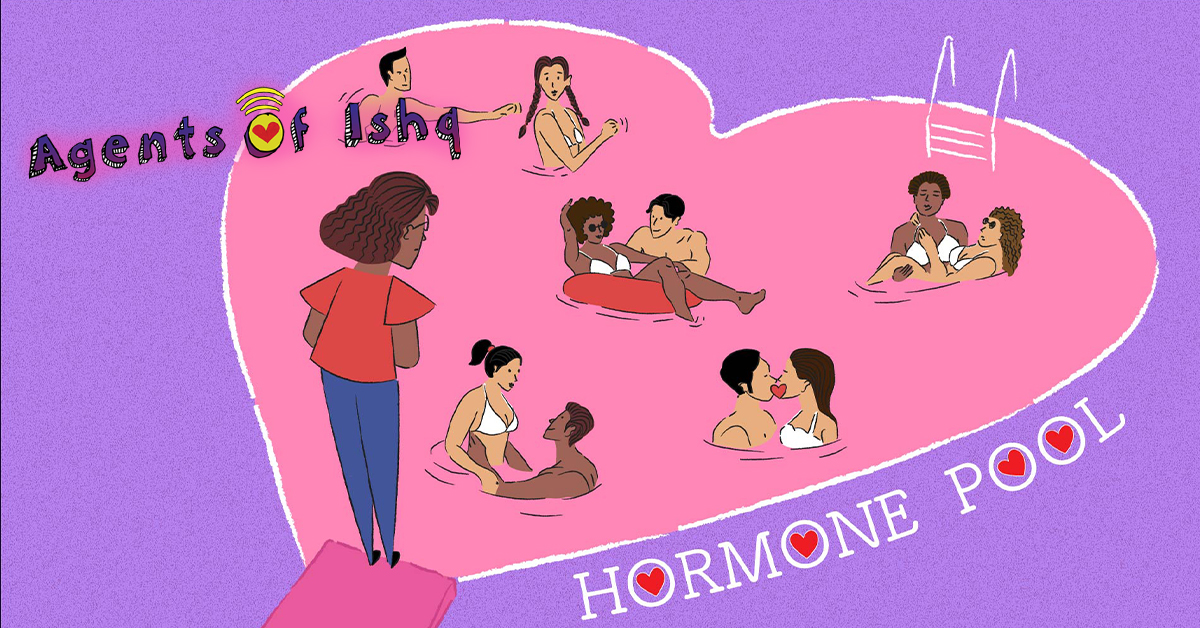 The Case Of The Missing Butterflies In My Tummy I thought if I gave myself a push, I’d fall into the hormo… 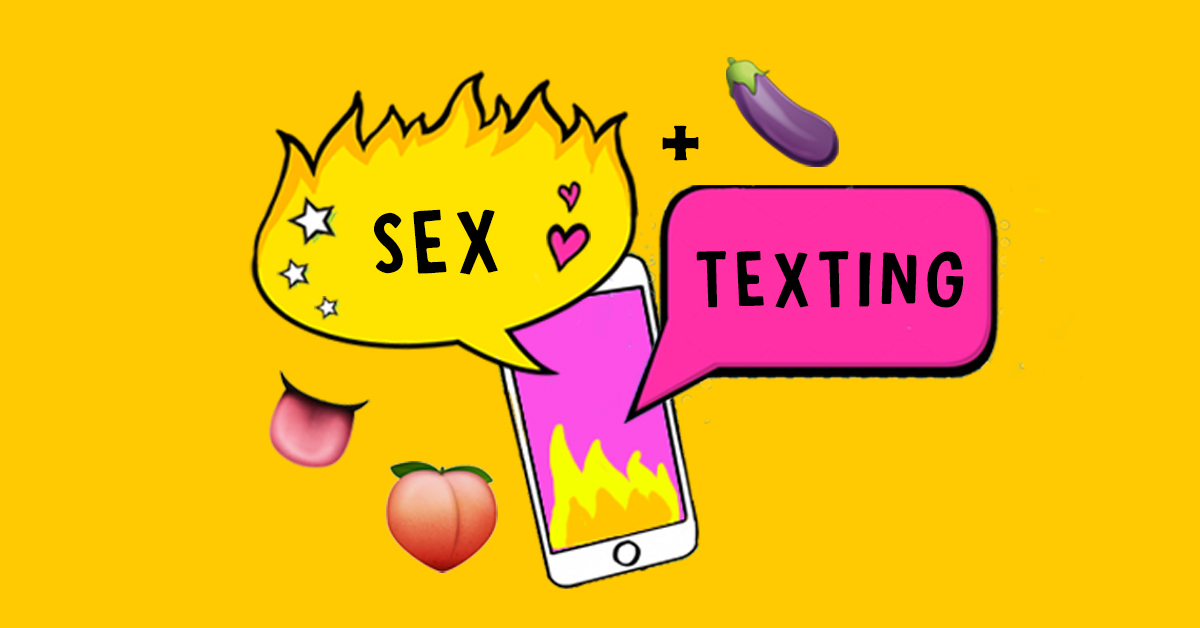 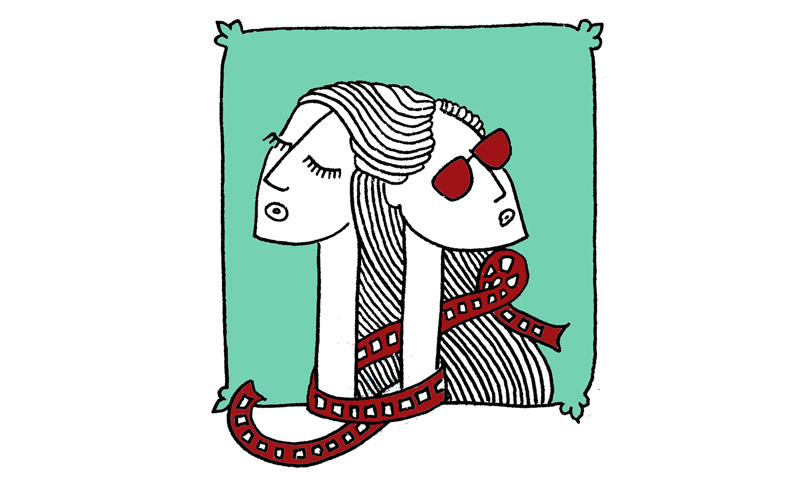