Making Sense of An Ending

“Yeh kya hua, kaise hua, kab hua, kyon hua, jab hua, tab hua oh chodo, yeh na socho!”(What happened – and how? Also, why?Well it was what it was, don’t wonder, just move on)Boundaries are ekdam people centred and are not just random rules. But they are also crucial for keeping the possibilities of both fantasy and Phantasy alive, to fantasise for ourselves, and to actualise desires in relationship to others.I met Mr. “Hum Aapke Hain Kaun” at a conference and very soon we exchanged numbers and started hitting local addas for drinks and conversation. I would like to describe him as smart, left-leaning thinker. I was not looking for anything serious. I was starving for physical intimacy – so sex, maybe, yes! Very soon we were hanging out at each other’s places and our flirting was electric with sexual interest in each other. So what was that point when consent happened – the delicious moment of giving in to desires? Interestingly, a very comprehensive, verbal discussion over consent happened! We usually understand consent and frame it in terms of mutuality, approvals and permission and I am all for it. But this was a 30-minute, detailed conversation about taking consent. A decorated, sophisticated understanding of verbal and non-verbal sexual advances and advancements.We were lying facing each other and he was fiddling with my hair. He offered to give me a massage and I assumed this was his way of advancing, so I extended myself to kiss him. But he stopped me to ask if all this was ok with me. I replied, “yes, is this is not what you want?” He again stopped and explained to me how much he wanted it but also wanted to know if I was ok with going ahead; that he wanted to ensure I wasn’t feeling pressured to give in for any reason.What an achievement, I thought! How often does one meet a man who compellingly negotiates and understands the context within which female desires operate, understands pleasure and serves you both on a platter? I don’t really meet men who are so careful of my needs and wishes and are ok following along within my comfort zone. Its always the teasing that leads its way to sex! Not a conversation. Consent is sexy! So hog! I thought.So, that’s how it was. I met someone, I liked the attention and never made a big deal about what kind of space we were in. I was very much preoccupied with my work and completing deadlines as well. I liked meeting him over casual drinks and then the casual staying over and a night of love making. He would dedicate music to me. He would read poetry in the middle of the conversation. He would offer to make a meal. But it was clear from the beginning that neither of us was looking for something more emotionally committed or even strongly romantic.Over time, the meetings dwindled a little. We were never the regular follow-up, always in touch kinds. But in the back of my head I just imagined him to be present in my life in the same way as before.One day he invited me to dinner at his friend's house. It was a weird evening for me as he did not even speak to me through the evening. I, without much questioning, decided not to be affected, to react. Thanks to my army-life social upbringing I take things personally only up to a point and I find my own ways to enjoy myself and socialise even if things are a little awkward.But within, it did affect me because I expected a courteous conversation as he had invited me. Clearly this created a sense of pause in me. Though we would text afterwards, I unconsciously limited my conversations and found myself focusing on other areas of my life. He would text me once in a while but for nothing specific – just jokes and cat pictures really. I would reply to his texts but never started any conversation that led to meeting. I’m not sure if I was expecting him to suggest it, but though sometimes he’d ask me, say, if I need chai in a joke, he never explicitly suggested meeting.Then, recently, we decided to get together for a few drinks. And as it happens, we got a little nostalgic about our old moments, and my curious self had to ask “Why did we stop having sex? How did we reach that point of conclusion? Since we had such an elaborate consensual discussion about having sex, why didn’t you take consent to stop it?” I’m not sure why I asked. It was one of a very instinctual things, as the moment did not seem burdened by past feelings. But yes, may be to see, if there is still any sexual tension or not.“I assumed it” he replied.I have often wondered after that, why is consent only understood as something that we discuss when something starts? Why take consent only when one has to ask for sex or begin a relationship? Why do we not favour consent or at least an explicit conversation when one wants to stop, even in the Friends With Benefits situation? When we are so elaborate in dicussing consent – which can after all be communicated non-verbally – and don’t want to assume it, then why are we so willing to assume an ending, rather than discuss that too?I recently met my professor from college and we began discussing the nature of consent and dating in these digital times, where everything is assumed. And she introduced me to the idea of how our consciousness is driven so technologically devoid of any “sense of an ending”. We never give space to the conversation related to endings as it involves grieving and no one has time to do so – or perhaps takes the time to do so.And I realised how technologically driven we are in this digital world. The ease with which we post, upload, download and share, impacts our sexual psyches I feel. We share and discuss online the idea of Yes and No and incorporate it into our behaviour. But perhaps we also turn ourselves into impassive beings, whose lives, emotions and selves are also a constantly moving timeline. We are moving on, we say, but with no sense of an ending and no way to make sense of endings.Henna Vaid, lives in Delhi and makes a living by working in Mental health projects for NGOs.
Score: 0/
AGENTS OF ISHQ CASUAL SEX CONSENT RELATIONSHIPS ROMANCE CONSENT BREAK UP SEXUAL ETIQUETTE GHOSTING
Follow us: Snakelets And Spilt Milk: The Highs and Lows of Dating in Old Tamil Poetry To write about Ishq in classical Tamil poetry, is to be spoi…  26, Oct 2016 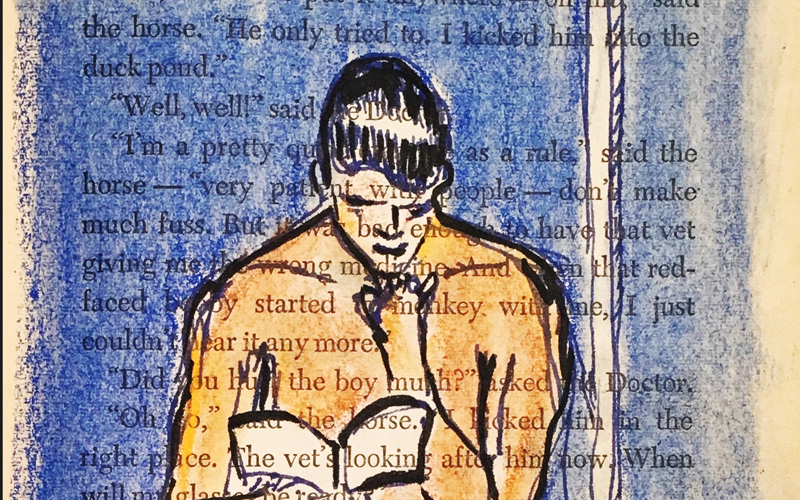 People Call Me 'Pervert' Because I Like Sex They can laugh and shame me all they want, but it's through…  17, Jan 2018 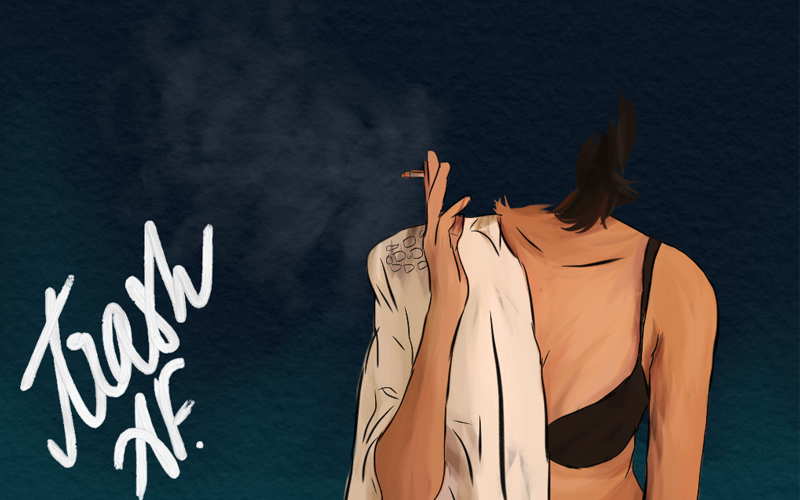 'TRASHY'. SO WHAT? A UNIQUE ART PROJECT THAT RECLAIMS THE WORD SLUT I think, sexual objectification is not inherently negative.…  20, Apr 2017