In A Gay Bar You Can See Forever “And this is our local digs”, said Stephen, turning inside a glass fronted shop, narrow and long, with a profusion of potted plants, “This is where us homos come to cheer our favourite Footie players”. Stephen was being butch, referring to the hyper masculine game of Australian Rules football where hunky and drop-dead-gorgeous players wear a sexy and scant ensemble. I had cycled straight from the Uni, all the way to that den of inequity, Fortitude Valley, for my second official date, my first with an Australian. I think it was one of those places on Brunswick Street, but can’t remember the name. I was thirty-one and like a babe in the gay woods, felt lost.I had had my first ever date the week before, with Yasushi, whom I had thought to be an extraordinarily beautiful man . I had burst into tears after being kissed and embraced by him in his home. The evening before this day, Yasushi had asked me to meet him outside the main post-office, so that we could check each other out. I remember him, sitting on a bench, reading a book, in a tee and shorts. He was probably the only Japanese guy around, so it was not difficult to spot him. Two things I noticed, and remember: cascades of glossy hair and bee-stung red lips. He was tall, toned and had that glorious golden hue that many Japanese people have. “Come in the afternoon, my flatmate will be away”.So I had taken the ferry and walked the rest of the way. And then we were alone in the hall and all I could do was stare at Yasushi, drinking him in from afar.“Is this your first time?”I remember shaking. Not the shivering we get when we are cold, but a deeper, painful tremor of tiny pulses in the abdomen and the hams. I did not have a straight answer to the question. It was my first date, sure, but it was not the first time I was going to have sex with a guy.I had lived in a hostel for four years and we would have sex very frequently indeed, sometimes with my roommate in the next bed, sometimes with the lad in the next room. Sometimes boys would pop in for room service. All for a lark, and raging hormones, of course. This was pre-internet so one didn’t really know the mechanics of gay sex. I doubt if we even knew the word gay. None of us connected the sex with being gay. I didn’t. But I knew I liked looking at boys, I liked imagining being held by a boy.  I discovered that I liked kissing and nuzzling into my bed-mate after our orgasmic highs. But did not have the vocabulary to slot it. That came four years later. But that’s another story. I don’t think we were anything more than rank amateurs at lovemaking. We  tried, fumbled, failed and learnt. It was in Australia that I realized how much I had fumbled and how little I had learnt.Since I was 21, I had imagined about loving men and had told myself that it was idiotic to expect another man to feel likewise. Sex, yes, but to feel all this roiling in the stomach, needle pricks in the heart? The emotions that I felt disturbed me. I had not yet figured out that gayness was a way of being; getting hardons was not the problem; adolescents get used to it, right from the ritual of the morning wood to the stiffening at every whiff, sight, touch and thought of the sensuous.My problem was the thudding of the heart on seeing Tushi smile at me in the hostel staircase with his gold-flecked green eyes; or dissolving into a puddle when shaggy-haired, manga-faced Panjo crept stealthily from behind and folded me in his arms and gave a loud kiss just below the ear – his delightful habit. Or, on realizing that when I closed my eyes, I could remember Vinod Khanna’s dimpled chin and Tom Alter’s spare body and nothing of Parveen Babi or Abha Dhulia. I could not explain all this. And for a very long time I thought I was possibly the only person who was created thus- a man who not only desired other men sexually but who also dreamt of being romantically involved with some of them, living together perhaps; cooking together, playing badminton and cricket, going trekking and cycling and long walks, and….and maybe keeping two Labradors…And now here was I, all of thirty-one, already one year over-the-hill from the moment Brian Kinney first felt himself to be mortal - here was I experiencing male erotic tenderness for the first time. And I told myself, O what a wonderful world! 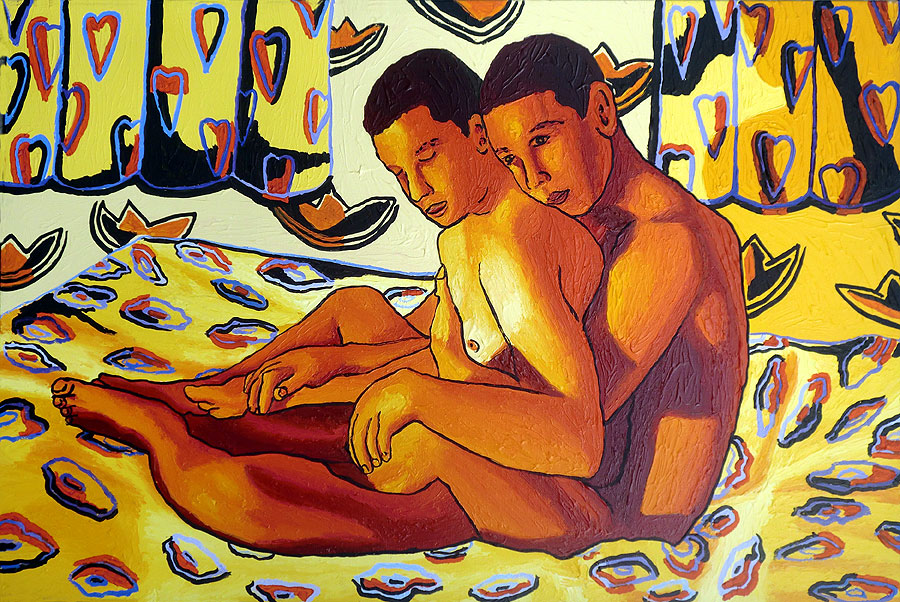 Yasushi had pulled me gently, and embraced my shaking body and kissed me. And it had felt wonderful. I had realized for the first time since adolescence what it meant to hold a man, to feel his body, to savour his fragrance. And to realize Yasushi’s willingness - he wanted to hold me, he wanted to crush his lips on mine; he wanted to be tender, he savoured my being the man I was, just the way I was. That is when I had started sobbing. I shall remember that till Alzheimer’s claims me, and if I had to share the experience with you all, a good approximation would be this YouTube of that little girl Lily, who is told that they were all going to Disneyland. I had cried that day in Yasushi’s arms out of happiness - sharp pangs of happiness; and out of relief that it was possible for me to feel tenderness and yet not feel my shoulders weigh down in heaviness.The bar had a few people. Stephen and I had a beer each and promised to return later in the evening. I had been to a few bars in India. They were raucous and had bad music. I preferred going to restaurants instead back home. When we returned I was perhaps in an odd frame of mind – several times within a week I had experienced intimacy that was somehow different from the nocturnal hostel romps. I had already had one moment of epiphany when I realised that it was not just I who felt loved and cared-for in another man’s arms; the other guy too felt the same. I was not alone to feel this kind of love.This time the bar was busy and I remember sitting at one end of the very long island inside which were the bartenders, being rude and jokey, all at once, like any Aussie male between the ages 18 and 40. I sat for hours, Stephen had gone home, he had an early lecture, but I sat nursing my intermittent VB, looking at the boys and men, eyes roaming in wonderment at all the beauty of limbs and face, of carriage and voice. But my eyes would mostly linger at couples kissing; at pairs, all arms and legs, entwined, lost to the world around, and no one gave a damn. There was serious fondling too if one looked carefully. Yet no one looked, no one seemed to be all worked up over this re-enactment of Sodom and Gomorrah.There was laughter and good cheer. Shouts came from the groups bunched around large TV screens showing different things – horse racing, footie, gay TV shows and news. Random men would ‘how.are.ya.mate’ me, and typically, not linger to hear my reply. Some would pat and brush my shoulders. I cry at the drop of a hat, sometimes even before it touches the floor. That night too, I wept, to myself, within myself. I had never experienced something so beautiful, so liberating. Yet I wept acid tears and a sense of deep loss overwhelmed me. Why had I not experienced this back home? Could I not have been like that lad, kissing and laughing with my boyfriend, hands clasped, pissing smartass at the bartender? Could I not have been that young man, sitting on the floor between the legs of his lover, playing checkers with his friends? Since all those years, life has taken me traveling, far from the small town I called home till I was 15. I have been to the Christopher Street bars in New York's gay quarter a number of times. And to Minneapolis’ gay bars, and to San Francisco’s gay streets, to Chicago and Boston. Some places I have felt welcomed, other places, ignored. One place even glowered at. I guess not all gay bars are like home to every gay man. But I can imagine that those that are like home must be precious islands to that community. Perhaps Pulse, the gay nightclub in Orlando was also home to some gay men. Some of whom would have died that night, their haven destroyed forever by hate.There are bars in Mumbai that serve gay clientele on certain days. The last time I went to one was in 2006. Perhaps some of these are havens too. What is certain though is that life of a gay lad in Mumbai is qualitatively different now. A thriving community exists where gay men and women seek all manner of sustenance, from the instant to the long-term, from the vanilla to the kinky. YouTube abounds with gay-themed films, with coming-out sagas, documentaries of abandonment and violence, celebrations of marriages and adoptions.In a roomful of students and trainees, I am reminded that despite the utter invalidation that Section 377 imposes on gay men, despite the perfunctory debates on sexuality in the media, despite the vaudevillesque depiction of gay men in the mainstream films, one is yet to hear of gay-bashing in high schools and colleges in India. That is remarkable. Often, looking at the heads bowed in concentration over their projects, I try my gaydar and imagine which of them has questions like I had at their age? Which of them is out to their friends? Looking at the youngsters nowadays, one wouldn’t be surprised if their friends rib them good-naturedly over distractingly handsome jocks. For those who still secretly worry and burn, I wish I could reach their hearts and tell them it will all be alright.Pat is a consultant, an academic and a mentor.
Score: 0/
BODY GAY GAY BAR LGBT PLEASURE RELATIONSHIPs SEXUALITY QUEER LGBTIQ+ LGBTQYUNNAHIN PERSONAL STORIES AOI PERSONAL STORIES FIRST TIME DATING HEARTBREAK
Follow us: 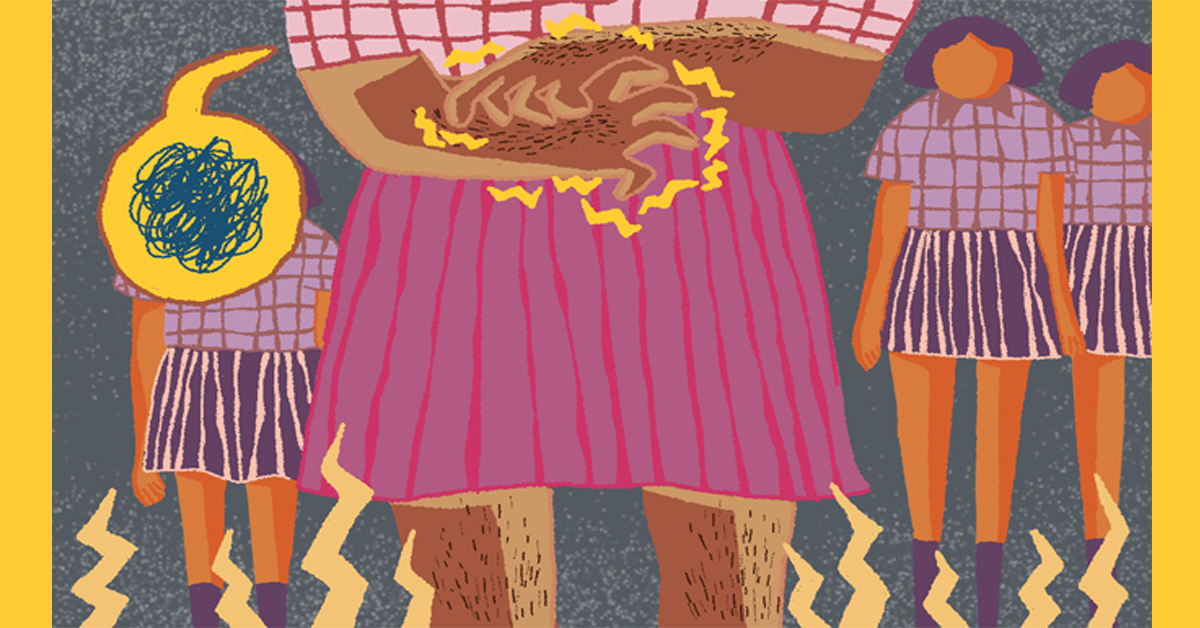 How I Grew Out of My Turbulent Teens Life as a schoolgirl was about trying to fit in; to be seen…  17, Jan 2019 Is Your Orgasm Worrying You? An AOI Survey! Orgasms feel great, but don't come easily na? Tell us about…  27, May 2021 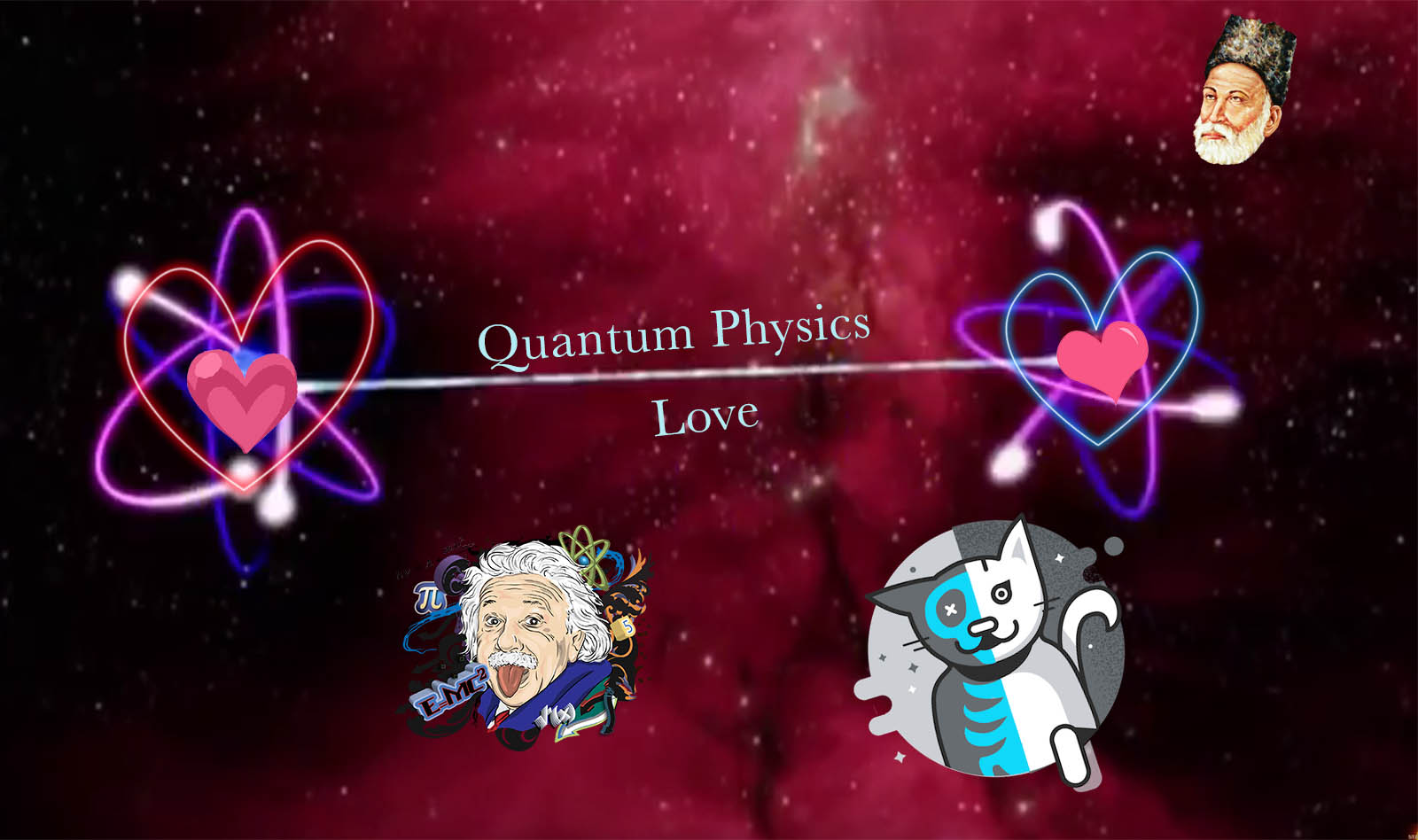 Why I Believe Love is Like Quantum Physics (But in a Good Way) The strange similarities between love and the theory of quan…  28, Feb 2018 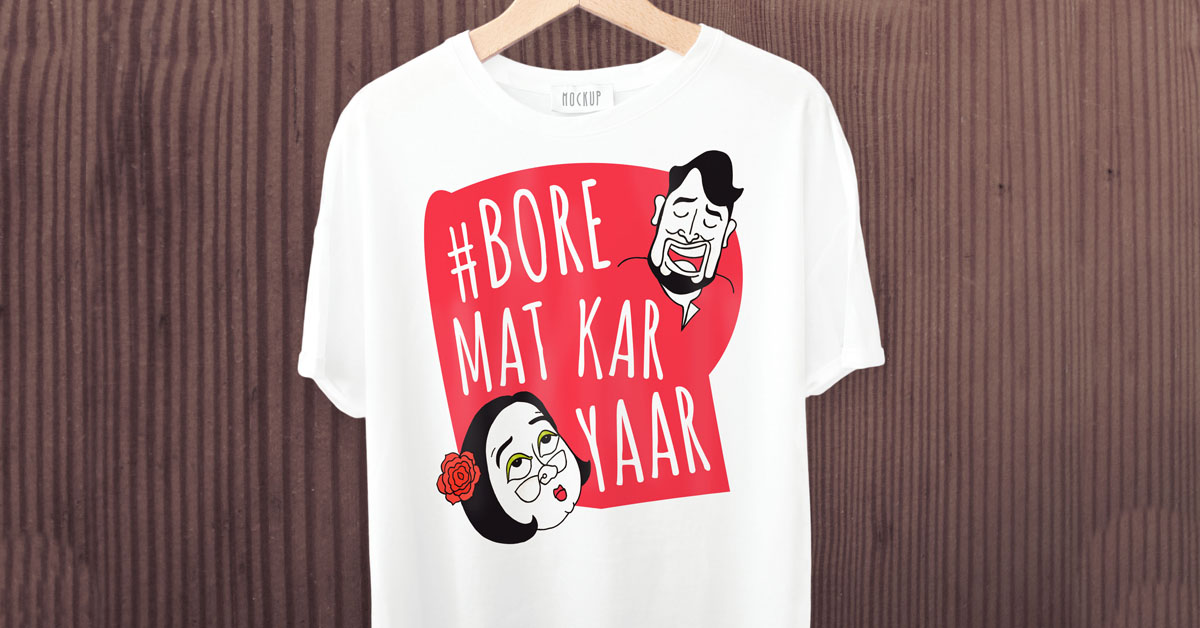 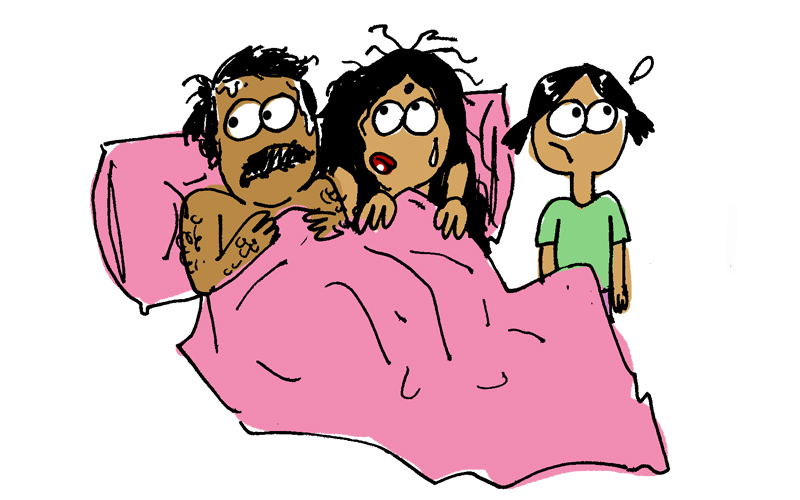 Sex Pe Charcha With Parivaar At Agents of Ishq we’ve been wondering if all conversation…  10, Apr 2017