A guide to taking care of your penis.

Have you ever wondered about how to look after your package? From comfort and hygiene to preventing disease, here’s how to show your penis and testicles some TLC, matlab tender love and care. Wear the right chaddiThe important thing is to pick something that’s the right size and level of comfort, depending on your needs. 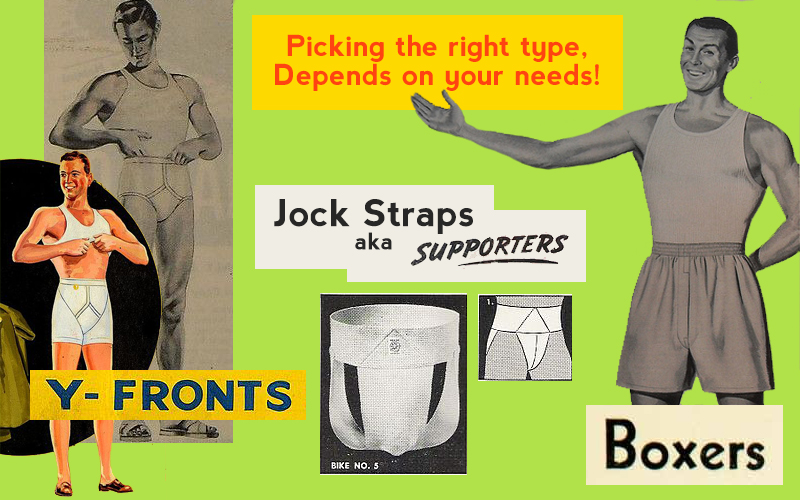 While some might find boxers the most comfortable because they are airy and roomy, they may not provide adequate support for activities like high-intensity sports. That’s why in the past, some would wear a ‘jockstrap’ during sports – a kind of undergarment to protect the genitals from impact as well as hold dangly bits in place. Today, tighter underwear like boxer briefs can do the same job.Wearing tight underwear all the time can affect sperm quality (because it raises the temperature of the testicles, which destroys sperm – hence it is usually advised to not have showers that are too hot, or keep laptops on your lap while working). So if you’re thinking about having kids, looser undies like boxers are the way to go.MYTH: Have you heard that eating too many mints makes it hard to get an erection or makes you impotent? That’s an old husband’s tale! Smoking, however, can lead to these problems. 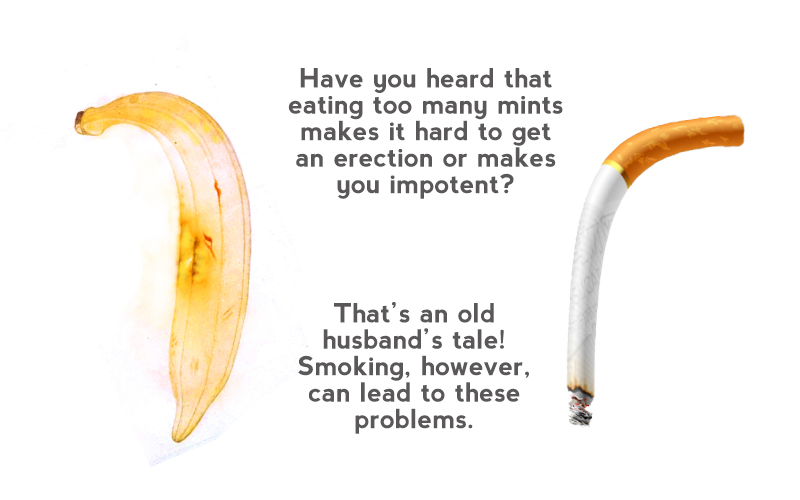 One handy reason to wear underwear at all? To prevent the penis foreskin from getting accidentally caught while zipping up your pants! It happens more often than you’d think.Cleanliness is next to…cleanlinessWashing daily is necessary: the genital area can get sweaty, greasy, and secretions called smegma – comprising oils, moisture and dead skin cells – can collect near the head of the penis and get smelly.The penis is sensitive, so it’s also important to be gentle. Use water and mild soap (strong or heavily perfumed soaps can cause skin irritations).In an uncircumcised penis, smegma can collect under the foreskin, so the foreskin needs to be pulled back gently before cleaning. Pat rather than rub yourself dry afterwards. Penis problemsIf you are uncircumcised and can’t pull your foreskin back over the head of your penis or find it difficult or painful, you might have a problem. Phimosis: A condition in which the foreskin doesn’t retract, and it might get better without medical intervention (it is normal for a young person not to be able to pull back the foreskin, and this changes as they get older). Paraphimosis: A condition in which the foreskin gets stuck behind the head, and cuts off blood supply to the tip of the penis, needing urgent medical attention. Some diseases in the genital region include:Yeast infection: Also known as candidiasis, it largely affects vaginas, but it is possible in some cases it affects the penis as well. It affects the head of the penis and the foreskin, and can lead to swelling, redness, and itching. It can largely be prevented by keeping the penis and area around it clean and dry. Urinary infection: This happens more so if you have a vagina, but can sometimes occur if you have a penis too. It is usually characterised by pain while urinating and a strong or persistent urge to urinate.Cancers: Testicular cancer, penile cancer and prostate cancer are not very common in Indians. But you should always see a doctor if you notice any changes such as lumps in the scrotum, pain, numbness, thickening of skin or change in colour of the penis, rashes, growths, bleeding under the foreskin, or persistent urinary infection-like symptoms – these could be symptoms of cancer. There are also rare cancers like Bowen’s disease (which affects the skin of the shaft) or Erythroplasia of Queyrat (which affects the skin of the glans and sounds rather literary, like the Rubaiyat of Omar Khayyam).Treatment for these conditions may range from simple antibiotics and ointments to surgery, radiation and chemotherapy.FUN FACT: Edward FitzGerald’s 1859 Rubaiyat of Omar Khayyam, an English translation of Persian poems attributed to Omar Khayyam, refers to him as ‘Omar the Tentmaker’ – a phrase that has come to be used as slang for penis. Penis problems: the sex editionWhen the penis is aroused, it fills with blood, making it stiff and erect. If the penis is stimulated enough, it leads to ejaculation. During ejaculation, the vas deferens, the tubes that carry sperm from the testes, contract and squeeze sperm towards the base of the penis, and the prostrate gland and seminal vesicles release semen, which carries the sperm through and out of the penis. The process of getting an erection and ejaculating leads to reproduction, and can also be a deeply pleasurable activity. Here’s what can prove a hurdle:Erectile dysfunction: It is the persistent inability to get or maintain an erection. It can be caused by factors ranging from stress and lack of sleep to an underlying medical condition such as heart disease, diabetes or high cholesterol. Depression and mental health problems can also make it difficult to get an erection. 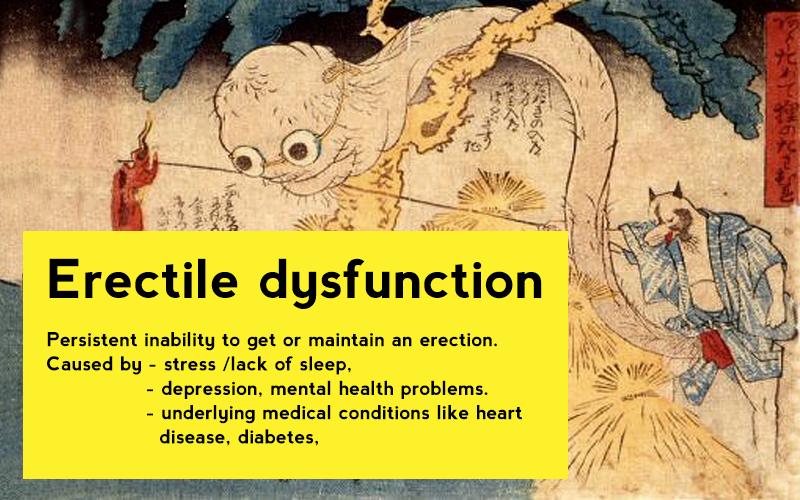 Impotence: The term used when the sperm is ineffective, which affects one’s ability to reproduce and have children. Drinking or smoking too much can be causes, as can underlying medical conditions such as heart disease or diabetes. 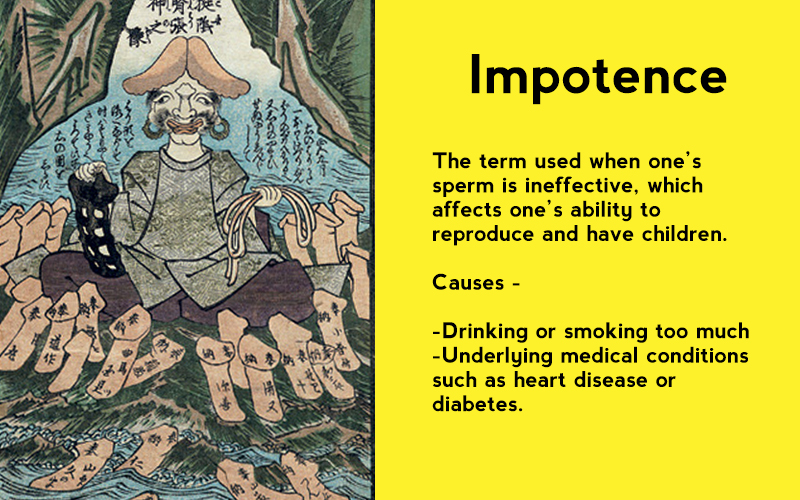 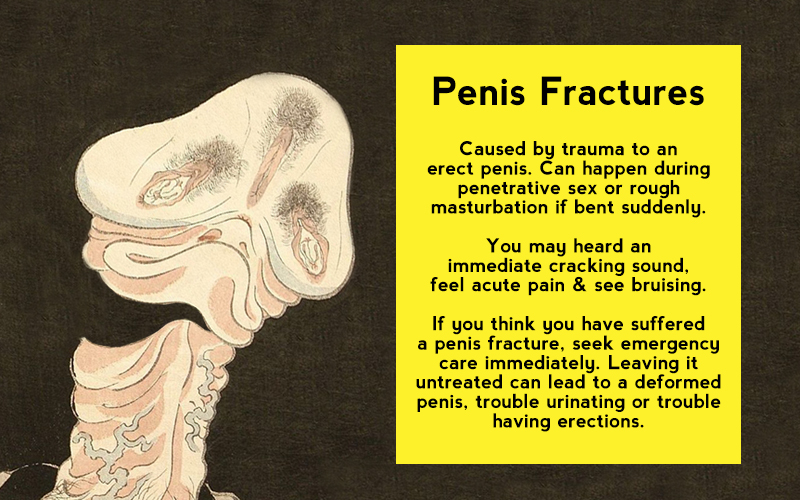 Sexually Transmitted Infections, or STIs: These can be caused by having unprotected sex (including oral, anal and vaginal sex) with people of all genders. The most common ones include chlamydia, gonorrhea, syphilis, HPV, herpes, and HIV. They can cause symptoms ranging from rashes, sores or ulcers on the penis, and a burning sensation while urinating, to more serious consequences if left untreated, such as a compromised immune system, organ failure, and even madness. To avoid getting an STI, it is important to practice safe sex and always use a condom, even when receiving a blow job.  And if you think you might have an STI, see a doctor and get treatment as soon as possible. The longer you wait, the harder it is to treat and the more serious the problem becomes – it even makes it easier to contract additional STIs. 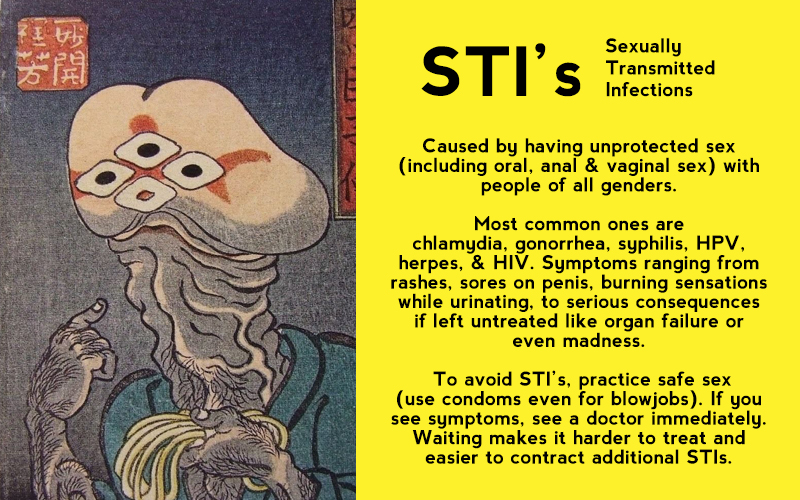 Blue balls: Just kidding, it’s not real! The term ‘blue balls’ refers to masculine arousal being interrupted during sexual activity, which prevents them from ejaculating. It supposedly causes pain and discomfort, and is used to support the sexist idea that once men start having sex, it hurts them to stop. But this isn’t true! Doctors say interrupting sex can be mildly uncomfortable at best. And if your balls actually do turn blue, then it has nothing to do with sex or the lack of it – you have a much bigger problem on your hands!Treatment for these conditions ranges from pills like viagra and antibiotics and antivirals, to surgery and mental health counselling. 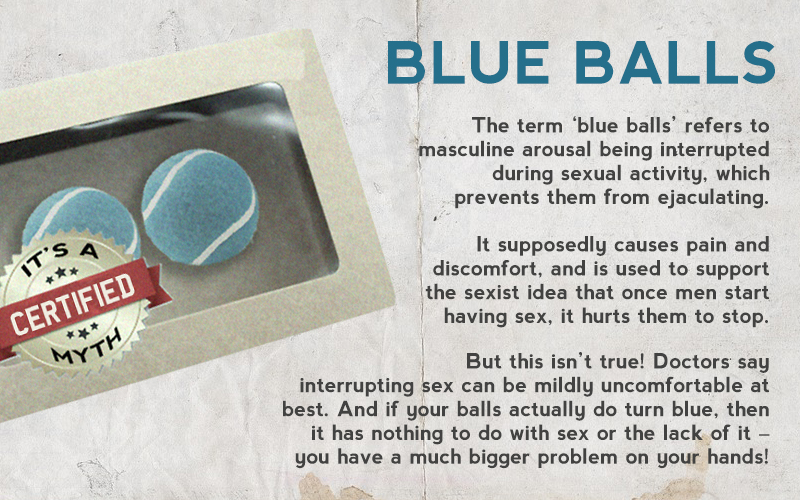 So there you have it. Treat your genitals with care, and always see a doctor if you think you might have a problem. Good hygiene, a nutritious diet, drinking lots of water and getting regular exercise will go a long way towards healthy genitals. Ejaculating regularly (so long as you aren’t overdoing it and hurting yourself in the bargain) is great too – whether it’s sex with another person or masturbating on your own, having orgasms is good for you!* * *Want to know how people feel about their penises? Read the results of AOI Great Indian Penis Survey!If women go to a gynaecologist , who do men go to? Here’s where you can find out: The AOI Guide to Different Types of Doctors for Sex-Related Problems.
Score: 0/
Erectile Dysfunction STIs Impotence Penis Fracture Blue Balls Penis Genitals Safe Sex
Follow us: Agents of Ishq, a Community that Encourages Open and Positive Conversations about Love and Sex – By Roshni Jacob, Little Black Book (LBB) Bangalore 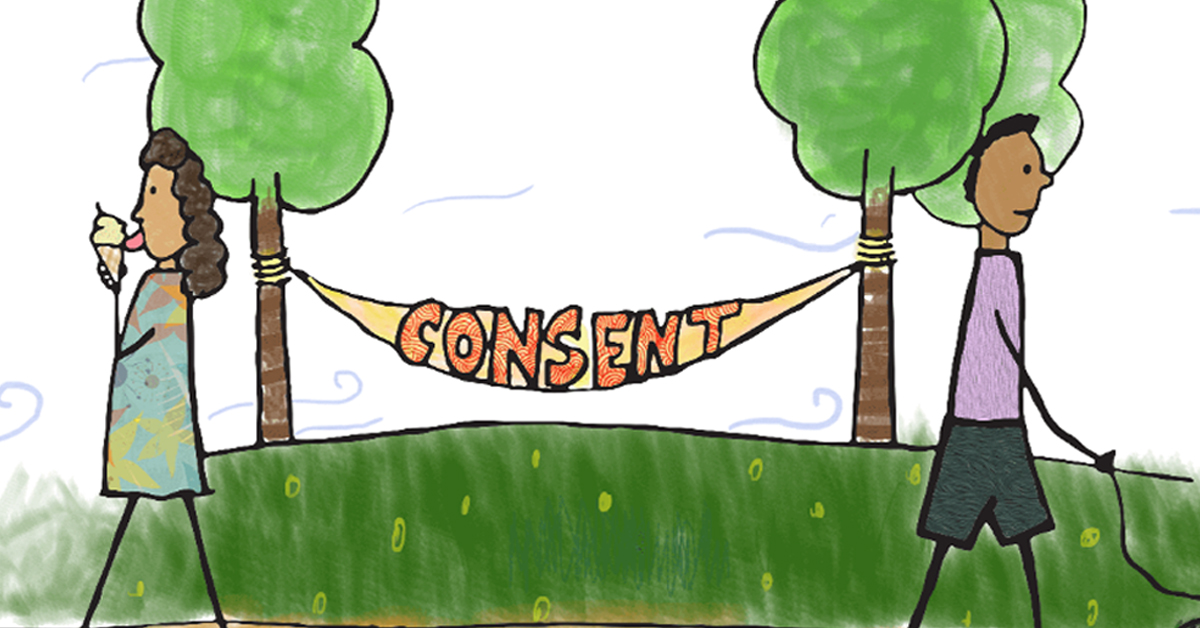