Longing is a spice. Its essence pulls you close, teases the appetite at the slightest taste. What is love without longing?

Longing is a spice. Its essence pulls you close, teases the appetite at the slightest taste. What is love without longing? For me, nothing but two individuals carefully analyzing what they want and ticking off checklists that they have curated over years of experience with people laced with the fear of emotional entanglement. When I met AD on Quora and scrolled past his posts, it seemed like he had his life in complete control. His calculated solutions to life’s problems didn’t make them appear like challenges at all. For a moment, I felt he could hold his emotions by their nerves and ask them to behave. For a moment, I was even assured about his holiness where he took people’s issues seriously and really claimed to walk the extra mile to resolve them. Only a man with a golden heart is capable of that, isn’t it? It was even more intriguing to learn that at his age (nine years lesser than mine), he seemed so clear about what he wanted while my struggles to unknot my thoughts always ended up as disastrous decisions. So I followed him and he followed me back and the conversations moved to Messenger where all that we spoke was about sex minus the longing, minus the love dope theory, and minus the emotional weight of it. Just the carnality without the maska of sentigiri.When he said “Nothing is inseparable in this world”, it broke my heart. The word ‘separation’ is a depressant I have avoided and it seemed like AD was clear about convincing me to grow up. His focus was sex with a poet type (me) and my aim was to break the emotional barricades that he put up before reaching out for my bordered territories. 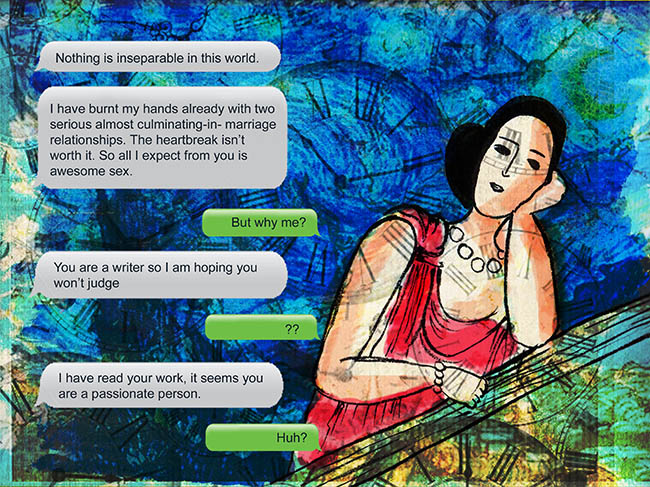 Why wouldn’t he invest his emotions in me? “I have burnt my hands already with two serious almost culminating-in-marriage relationships. The heartbreak isn’t worth it. So all I expect from you is awesome sex.”When I asked why me, “For one, you are a writer so I am hoping you won’t judge (tough logic). Given that I have read your work, it seems you are a passionate person.”But I knew that he wanted me because I was married, was cool to talk and was definitely ‘experienced’. He calculated that my own restrictions would ensure that I would also steer away from any emotional entanglement. He was too young to understand that what I wanted was a piggy bank that could contain all of my feelings without displaying it to the world. His predetermined caution meant he was simply unwilling to relish the free-falling, mind-boggling high that longing and love can bring – as a flavour to savour, not an indication of commitment. But I thought, I would try this anyway.I was new to fling-ing. It is a fun game where as soon as emotion leads your carnality, you call it quits. Something like losing a couple of drags of a lit cigarette before getting caught in the act. Fling is a simple change in partners, and lots of exploration. But my issue was that I looked for a ‘connect’, that typical Bollywood style of spark with music and heart skipping a beat. A possible duet-in-making. I wasn’t restricted to hitting the orgasm every time (not that I wouldn’t have loved to) but was also keen on the emotional intensity that would make it all worth it. 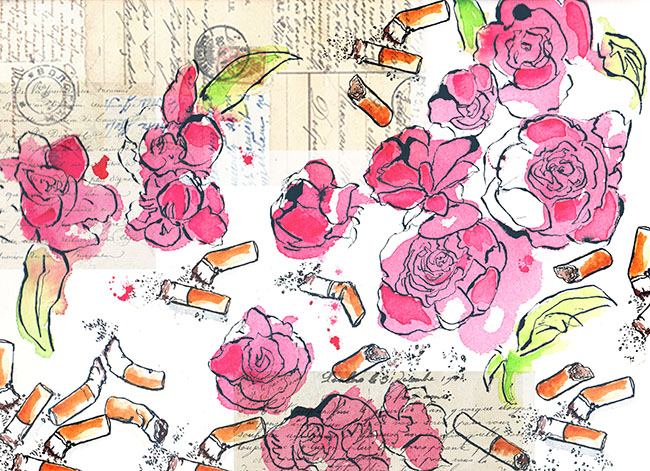 I hated AD for his cultivated indifference but loved him for the few hours of freedom that came along with a few cigarettes, booze and of course, the orgasm. I had my priorities on these, done right. My love-hate relationship with him was beyond my own surface understanding. While I loved to see him shaken up every time he met me, I hated him for the way he tried to change my attitude. He was clear about the sexual priorities while I clung to him like a dramatic Nirupa Roy, just refusing to forego my emotional intensity. What kept him coming back? Of course, I knew I was good at the art of sexing and that one reason is good enough to compensate for a lot in a relationship. Sex is also strangely intimate, especially when the ratio of hate and love is on a weird range.Flinging is addictive because it is light – that’s the key. It is so easy that it feels like you are a solo traveller breathing in freedom as you wander off to destinations of your choice. But without longing, it feels a little pointless to me. You carry the fragrance of your favourite flower, but never allow it to linger around. My question to AD was constant – “Why wouldn’t you allow yourself to be madly in love with someone? Why is the heartache that follows a heartbreak so bad? Doesn’t that show how vulnerable one is? And can any of these emotions be substituted with some good times on the phone or great sex?” He would tell me I am old school. That I still cling to outmoded face-to-face conversations, long handwritten letters, preserving rose petals in between pages of classics and preferring old melodies on the record player. Hence, longing for his voice, his touch, his words, none of that made any sense – it’s all supposed to be passe. If I felt I was getting a faint whiff of longing, either I had to quit or move to the next person. Guess, I was not built according to those flinging specifications. I still prefer the idea of being in love, wounding my ego when rejected and making the most of it when I am offered a small portion. So, if sex was to be a hearty meal then ‘longing’ would be an ingredient I wouldn’t care to miss. I would relish it without missing out on any key flavour that would make the hunger feel good and also would make me crave for more without counting the calories. I would rather not keep a score on that and make the whole experience of love-making a lavish spread to be savoured till the last bit.Poornima Laxmeshwar resides in the garden city and works as a content writer for a living.The illustrator's works can be found at www.doodlenomics.com
Score: 0/
casual sex sexting longing mental sexual health flinging AOI personal stories
Follow us: 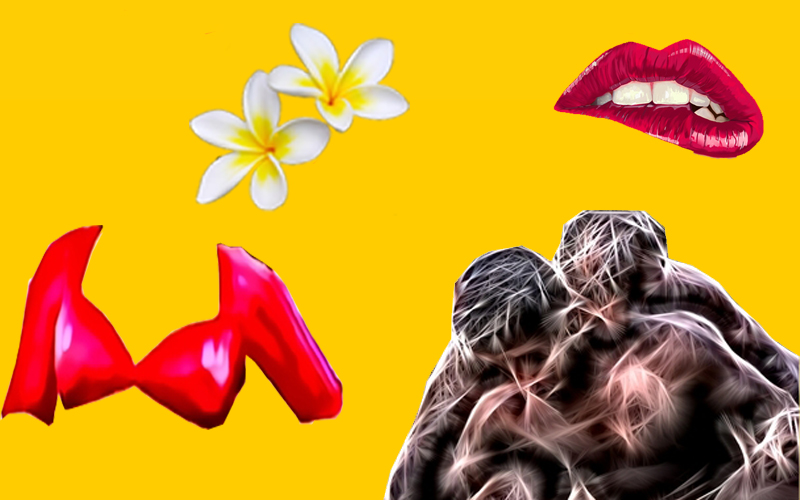 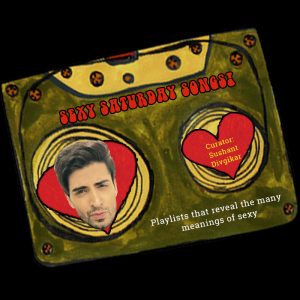 This Month on AOI: What Kind of Woman Would You Like to Be? We're finding new ways of thinking what it means to be a wom…  01, Mar 2019 When French Kissed Urdu While Urdu & French seem to be worlds apart, they are kindre… 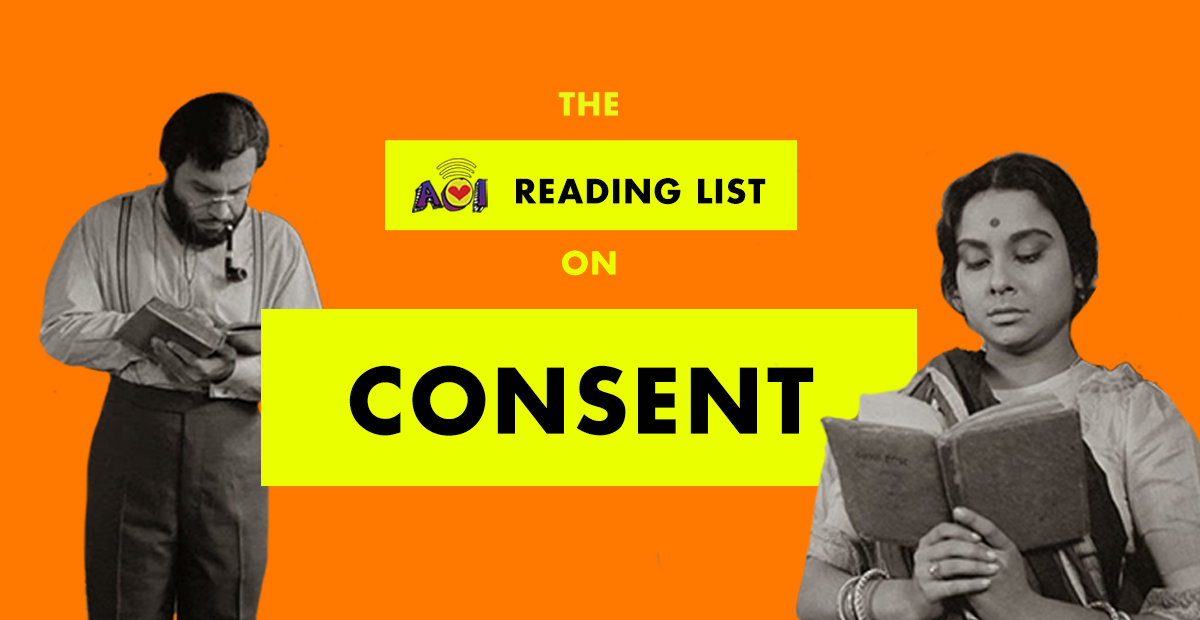