At Agents of Ishq we’ve been wondering if all conversations that reveal family members to each other as sexual beings necessarily involve shock, haw, khamoshi, behoshi, fainting, door-slamming and the fear that you will be married off the next week?

Do you also have a story of your mother stuffing one last packet of sweets in your luggage just before you left the house and discovering a box of condoms there. Or perhaps you don’t and just reading this anecdote is giving you tension.At Agents of Ishq we’ve been wondering if all conversations that reveal family members to each other as sexual beings necessarily involve shock, haw, khamoshi, behoshi, fainting, door-slamming and the fear that you will be married off the next week?We asked people if they were able to discuss being sexually active with their families? And if they did, what hurdles did they face? Our survey gave us some interesting insights. We also had a Twitter chat on the topic – with psychologist Sonali Gupta, sex educator Srinidhi Raghavan and children’s author Anu Singh Choudhary.It was clear from the responses in the survey and the Twitter chat that this is an uneasy area. And it’s uneasy in different ways – with parents discussing sex in front of their growing children and with parents uncomfortable about accepting their children as sexual beings. But also the other way around – with adult children feeling squeamish about accepting their parents as sexual beings and following quite a familiar don’t ask-don’t tell approach too and more.But the heartening thing was – it was also not uneasy. A lot of people said their families did know they were sexually active, while others shared stories both heartwarming and hilarious about these conversations.Here are the results of our sex pe charcha conversation with you! Let’s get to the basics. Do any members of your family know you are sexually active? (Knowing but being in denial still counts!)Many said their families knew. In some cases, their siblings knew but not their parents. In some cases only mothers knew. In rare cases both parents knew. In many cases though, people said no, their families did not know, did not speak of it and that was just fine with them!

If yes, how did they find out? Tell us how the “innocent you” bubble burst in their heads.In many cases, it was just a natural, implicit acceptance leading from the fact that people were dating someone and it was kinda sorta understood that sex was involved.Or as one respondent put it “I think they guessed. I went for a break to a city where my then-boyfriend was staying, didn't tell them I was staying with him but they weren't born yesterday.” That’s true they weren’t and as for how people are born… okay, moving on then.On the whole though, condoms played a starring role in the stories (we for one are happy, it means safe sex is fully happening!)Here were the most interesting stories about the Great Discovery!Multiple packets of condoms in my closet. Mum puts my laundry away at times and ....(Agents’ note:, It is time to do your own laundry maybe)I think [my father] has noticed hickeys after my sleepovers.My first serious boyfriend and I went on trips with our friends to Goa. Before the trip, my mother jokingly asked me if I would have sex with him for the first time which left me all flustered on the phone, while she was cackling away on the other side of the line. It was a pretty hilarious way for her to bring it up. My sister [already] knows all my antics.My brother is two years younger, and got his sex education from me when he was 14 – drawings of female human reproductive system, info about periods, everything! He and I are close, and we have always shared our love/sex life stories once we both started dating/became sexually active. I am pansexual, and he knows that as well, and is perfectly cool with it. My mum didn't ask for the longest time. I didn't date anyone seriously till I was 28 and I didn't share casual sex stories with her. Anyway she respects my privacy, which is really cool. I finally told her I was dating someone when I was 29 — she was cool with me dating, and she obviously guessed I was sexually active, but didn't probe unless I wanted to share. I like my mum a lot. :)(Agents: Yes we can see why. ☺) 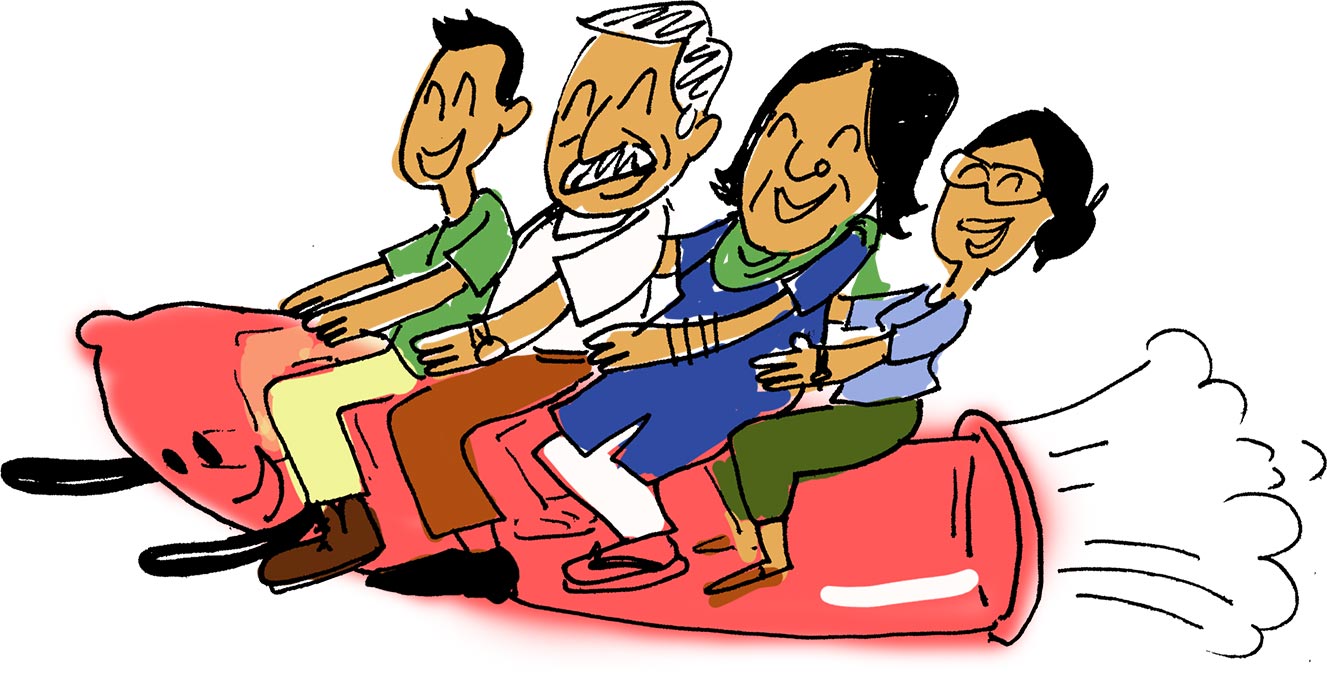 If your family doesn’t know that you are sexually active, what do you feel about telling them that you are?Brother and mom are sorted. When I was 14 my dad told me , "Beta, you know I love and trust you – you have a good head on your shoulders. Also you know me very well. If you are doing something that you know will bother me, just don’t tell me. If you ever need help, come to me, but otherwise, no need to share." This was damn funny, and also an arrangement that really worked well! I don't tell him that I am sexually active because he really would rather not know, and he pretends he doesn't know, and we're all cool.At 30, I'd really like to, but they'd absolutely freak out and then make it even more difficult to go stay over at the boyfriend's whenever I want.Awkward. Even though that conversation was funny, since then I've never been able to talk to my mother about who I'm seeing (if it is not serious) and who I am sleeping with. I don't think she understands sex without relationships. I haven't been in a relationship in 6 years but have had plenty of sex!Don't have any plans to tell them because I don't think it's any of their business whether [I sleep with anyone] and who I sleep with.I am ambivalent. I don't think I would like it but I think it is a good ideaI have no issues telling them that human beings have needs and that eating and sleeping are not the only needs that have to be fulfilledI know that it will not go down well with them. They might threaten me with marriage/grounding etc so I'd rather not. I'm 21.I would like to tell them but it won't go well. Have you and any of your family members ever had “the talk”? About your sex life or sex in general.Yeah, when I was in 7th standard, about sex in general. I am 32 now.So my mum figured out I had an active sex life once I openly started dating my (now-ex) boyfriend when I was 29. She didn't ask for details, and I didn't volunteer, but she was cool. But how I came out to her is more interesting – I am pansexual and my boyfriend at the time was also pansexual. My mom once while generally talking to me mentioned something about bisexuals being "unnatural". I am very close to her but this set off something in my head, and I went, "Did you just say "bisexuals are unnatural? Then you need to know that both me and my boyfriend date men and women, and sometimes we do so at the same time, because we are also ethically polyamorous!" (I explained what ethical polyamory involved, too).She took a while to digest all this flood of information, sitting quietly. And then she told me, "Okay, I don't really understand it, but I trust you, and you're a good person who knows what she is doing. But if you are going to go around doing so much ishq-vishq with so many people at once, when will you pay attention to your studies?!"Bahahahaha. This was a LOW BLOW – I am a PhD student and due to finish soon. Had never imagined my mum would turn the tables on me and manage to make even coming out to her about finishing my PhD on time! :D .(Agents: Indian Parents boss, what did you expect?)Not in my adult life. As a child my mother would talk me through sex and the human body in an educational way with encyclopedias in hand.Maybe from the time I was 10 till 12/13 years old. Before sex became remotely real in my life.Not about my sex life, but when I was quite young my parents had the talk with me about the concept of sex (mainly for reproduction).Nope. The thing that came closest was my mum explaining menstruation back in 6th grade. Recall any memories of incidents with your family regarding sex that you would like to share? Funny, awkward, amusing stories welcome!I walked in on my parents having sex, they were embarrassed and I was too. I ran out and we never spoke about it.Me and my sister have this thing to watch Sex And The City episodes together whenever we are both home. And my mother has an uncanny knack of timing that makes her walk in EVERY time two people are 'at it' or whenever there is nudity. This is a joke among us. But that's about it.My boyfriend was over at my house and we were getting ready to go out in the evening. We'd had sex a few times and had also had some abortive attempts at using a condom (neither of us very experienced), and in our haste to get out of the house, we left the plastic bag full of condoms on the coffee table outside the kitchen. We spent the night out and forgot all about the packet. We didn't come home that night and suddenly remembered the next morning. I called up my mom and asked about 'that packet in the verandah' and I could hear her smirking on the phone as she told me she threw it away. Later on, when we had a longer conversation about it she told me she was surprised at the sheer number!My mom had once shared a few details of her wedding night. She talked about how she was really scared and was quite "unaware" of "things". Her close friend at that time had warned her not to make too many sounds since they lived in a joint family! I cannot imagine how it would have been for her. But she assured me that my dad was very supportive and understanding.My mom once asked me "Have you had intercourse?" My answer was "Ma, who calls it intercourse! You may as well call it coitus now"Once my dad made this horrible pun on Shakespeare (sex and pear), my mom was pretty scandalised.Sex is a taboo topic at home.Television has been quite the medium to create awkward silence and panic to change the channel especially when Dad was around. Now at 28, it's comfortable to watch an English movie with Dad.

So those are just a sample of all the different ways in which people have (or haven’t) come to terms with family members being sexually active.Do you see your story there? Do you have different stories? Share them with us.Want suggestions about how to start a conversation about being sexually active? Go here.Also read: a story about an Indian sex educator having ‘the talk’ with her mother
Score: 0/
casual sex condom india parents pleasure sex sexual self sex talk
Follow us: Can I Open The Window And Let Go Of The Past? A journey back to a room full of a traumatic memory to seek…  07, Jul 2020

THE GALAXY OF OUTERCOURSE: A COSMOLOGICAL MAP AND COLOURING SHEET  25, Aug 2016 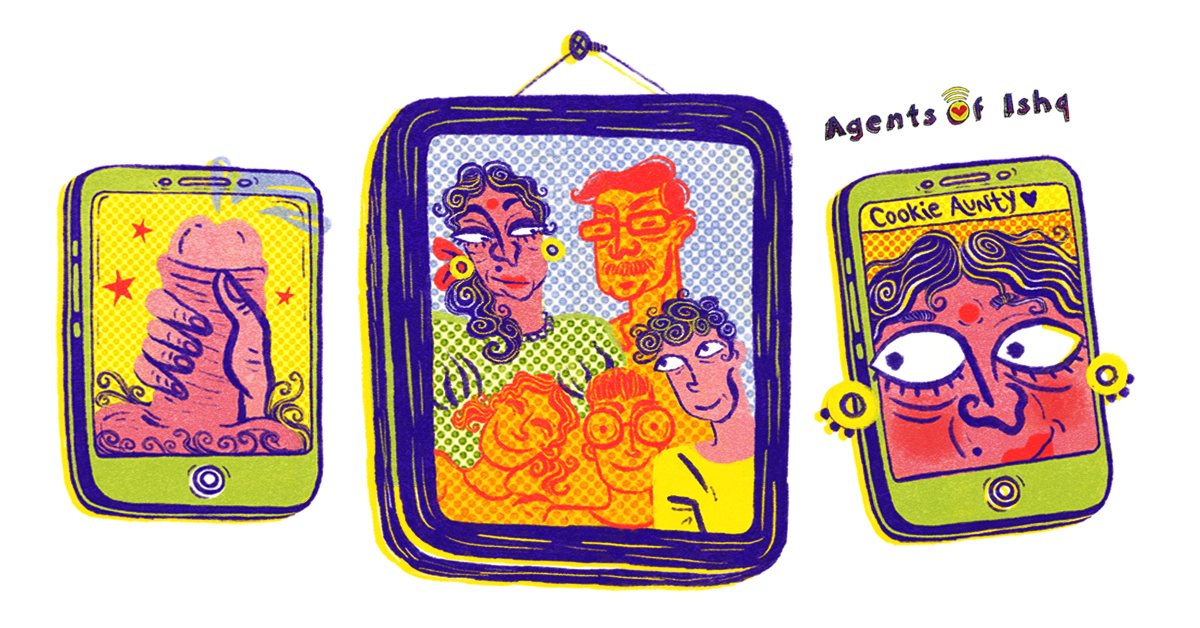 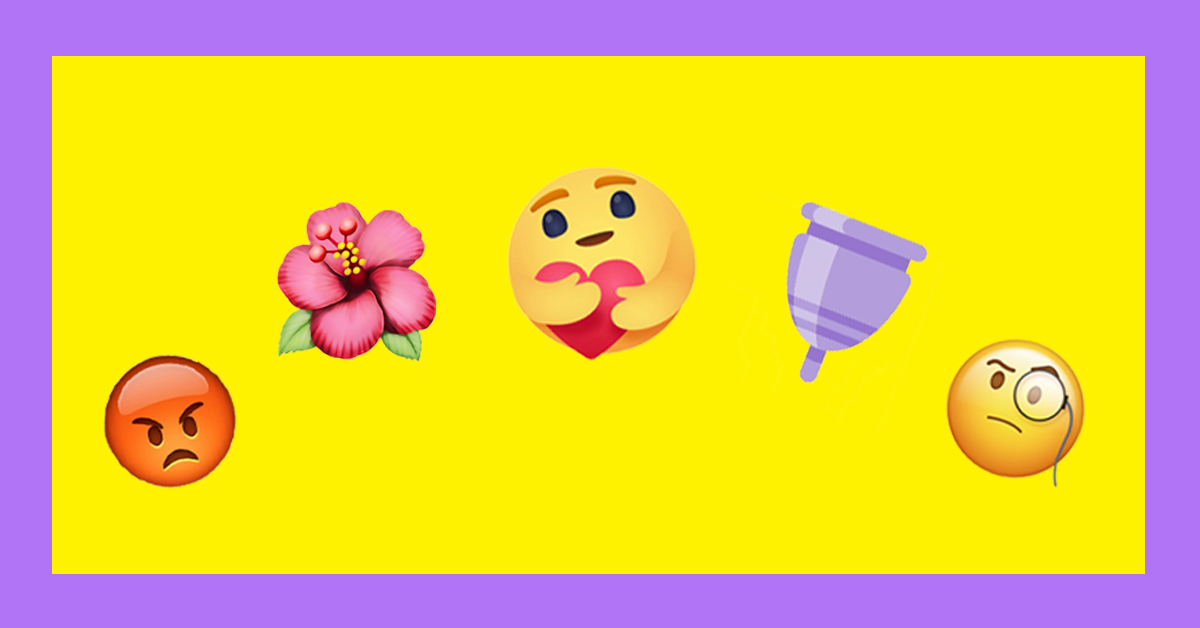