A Prostitute and A Saviour: A Diary

A trans-person's journey through sex-work and back

It was February 2020 when I left prostitution. I had come to sex work in a very confused manner—confused in the sense that I didn't know that sex work was the last option I had to survive in Chandigarh. I got evicted from my lodging. I had been homeless for a few hours and made a hundred calls to people I knew well and to little known ones, but I didn't get a response.I got to know about Khajeri (in Chandigarh) from a friend and the work one had to do there. I remember taking an auto to Khajeri and talking over the phone to a man I didn’t know well; he was constantly warning me against going there. He said that he would find me a place to live and help me find a job. ‘No gentlemen or women go to Khajeri’, he said. I didn't want to go there. I didn't want to go anywhere. I just wanted to get off the auto and enjoy a day to myself in a luxury hotel, doing nothing. I had saved five thousand rupees. But I finally went to Khajeri because I knew very well that the five thousand wouldn't last long.When I first saw Khajeri, I compared it to Sonagachi in Kolkata. I don't know where this vivid mental image of Sonagachi came from. I have neither visited Sonagachi nor watched anything related to it. I had only read that Sonagachi is Asia’s number one red light district and had heard a few things from my male cousins who visited there. So, Khajeri felt like a mini-Sonagachi. It has a rustic quality that Chandigarh’s posh localities do not. Khajeri reminded me of the small mofussil where I spent my childhood. If you remove all the hotels from Khajeri, it will look just like a mofussil of the 90's where you can hear music coming from the radio, shops selling fake fairness cream, and other cheap ‘duplicate’ products. Khajeri can’t afford originality yet, even in 2020.I liked the initial days of Khajeri: the Bihari neighborhood, the smell of Guthka and the muddy roads. The coming and going of men—their smell, their touches, their symmetrical and asymmetrical faces and bodies, their different socioeconomic statuses, and the stories of loneliness they wrote on my bare skin. Above all, the money was easy in prostitution. I never thought my body could be used as a medium of income and someone could make a profit out of it. My gender dysphoria always taught me to hate my body. But sex work instilled a sense of pride in my body. I started feeling beautiful because of the attention I was getting from men. 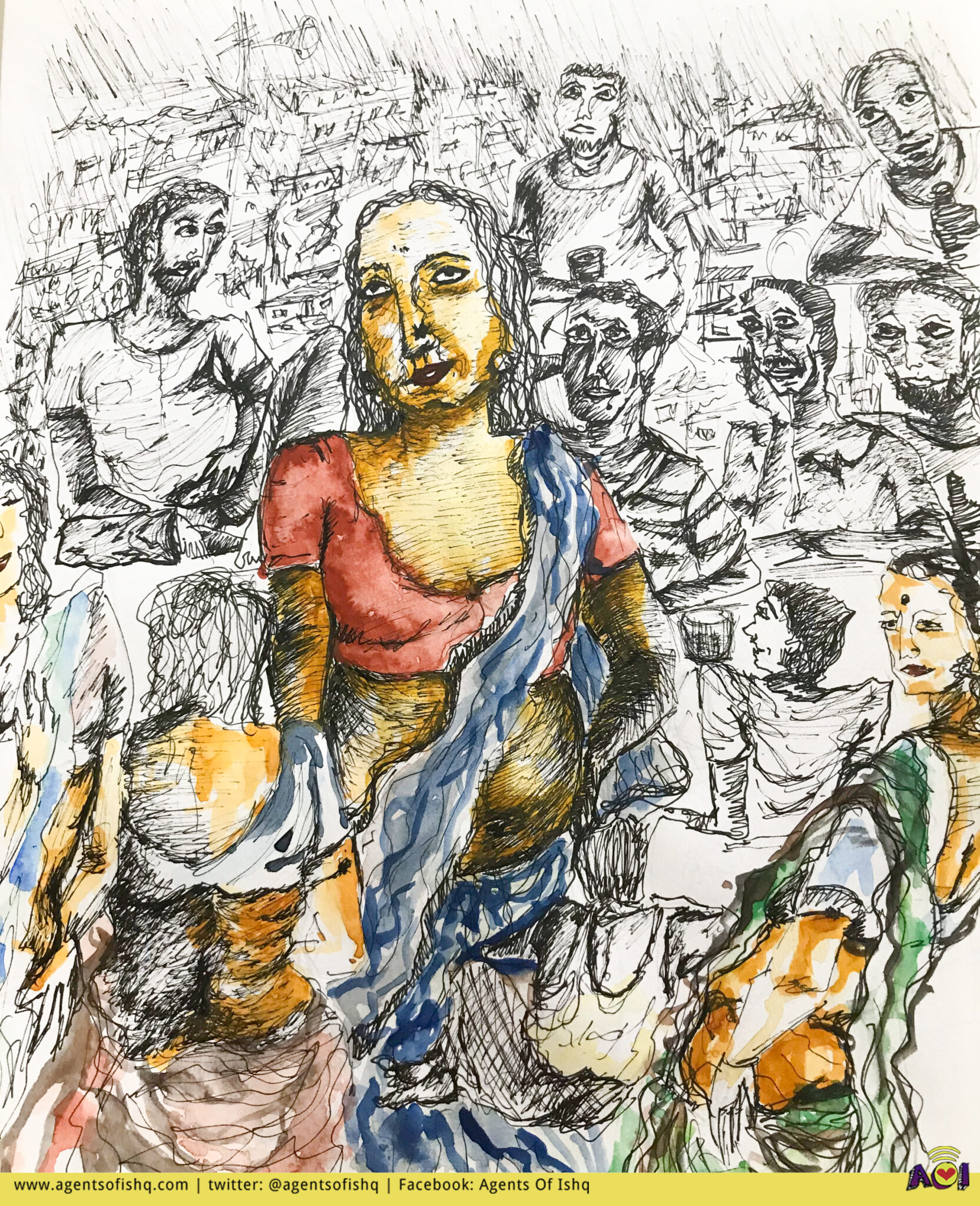 The initial feelings of pleasure were quickly lost though. I felt suffocated by the environment. I felt I needed to get away from prostitution. Many men were nice – but not all the men who paid were kind. They were paying for something, so they wanted “full pleasure” even if it was by torturing me. Also, I began to feel guilt about sleeping with so many men. I was in a happy monogamous relationship before I came to Khajeri, and my mind was constantly thinking of my ex’s handsome face. I felt like a product, in a meat market and my brown skin was coated in stick foundation. My body was roasted by men's lusts and was served for them to savor. Every day, I watched the stars with vacant eyes before standing on the road like a leg of lamb. The touch of men started tearing at me. I felt like a thousand hands were trying to tear me apart and make a feast of my raw meat. Sleeping under them, I couldn't bear the heaviness anymore. All the faces were a blur, all the bodies turned into a bulb of meat. Even the sculpted male body was not arousing anymore. I left Khajeri in February 2020 with the help of a man. I met him online. There was every reason for me to believe in him. The most important reason was that he was not ashamed to be seen with me in public. I realize that people are embarrassed to walk with me. Even my trans-friends, who both openly identify as being trans or the closeted ones, try to avoid me in public in fear of their identity being disclosed. But this man did not just dare to take me outside, he was introducing me to his friends and requesting them to offer me a job or helping me plan how to make my crowdfunding appeal successful for my surgery. He took me to every job interview I had and stood outside interview halls until I finished. He was trying to find a safe locality for me. He was not like the other men in my life who only took from me—he was making efforts for me.  I was liking the friendship with an older man. It was unique and cute. I can’t think of an appropriate word to describe my feelings.So, when he first forcibly kissed me, I just bore it as an act of gratitude even though I was repelled. I was looking for a friend in him or a supportive fatherly figure. But he was looking at me as the glue who could put the pieces of his heart together, the person he would save to redeem himself. He used to spend long nights telling me how lonely he was or how he is in a failed marriage. Soon, he realized that I had begun to feel irritated by his presence, his touch, and his sad stories. But instead of understanding my consent and how I responded to the age gap between us, he began to say things. Like, with my looks I shouldn't expect a handsome young man. He told me that I was not sensitive enough to be called a woman. He said that the doctor who delayed my surgery did the right thing, as I didn't have the womanish qualities yet.I walked out of the one-sided relationship with all my strength and I lost half the money I had. To be honest, I miss the man, yet I am afraid of his touch.I am now trying to get a job and be a part of society. But I am afraid the situation is really hard for everyone. With the little savings I had and with the help of friends I am still living a good life. I don’t know how long this will last, and when I may go back to prostitution no matter how hard I try not to. But for now, this is me. Arina Alam is a 27-year-old transwoman. She says she is a person with lots of mental limitations and fights her mind every day. On some days, she wins, and, on others, she loses. The only happiness she gets is from writing.
Score: 0/
FRIENDSHIP RELATIONSHIPS SEX WORK SEX WORKER LGBTQI+ GENDER LGBTQyun Nahin Transgender
Follow us: 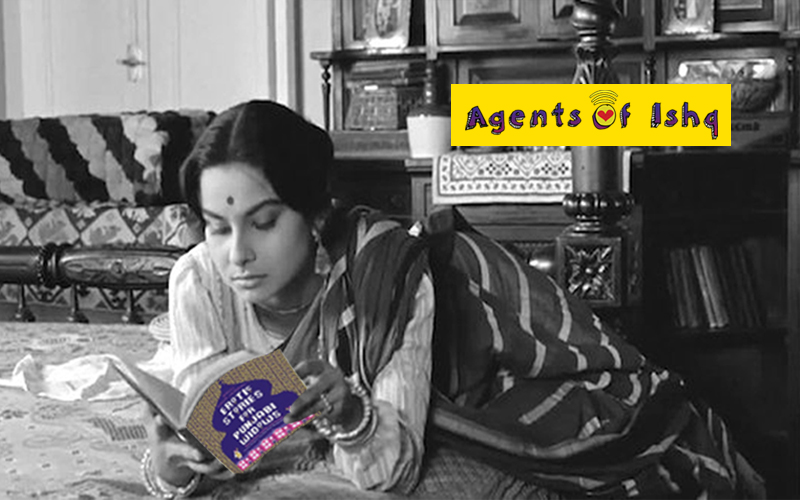 A Sexy, Sizzling Reading List to Help You Get Off Books to spice up your sexy time!  03, May 2019 TWO OR THREE THINGS I LEARNED FROM BEING ALONE How living alone during a pandemic changes how we think of o…  17, Oct 2020 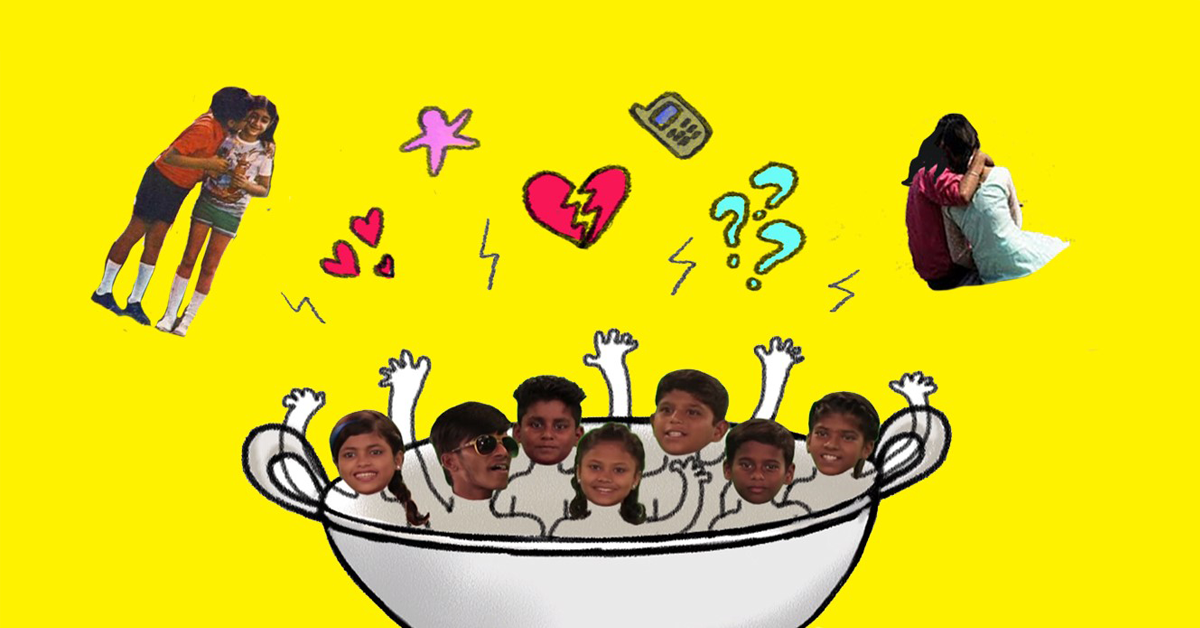 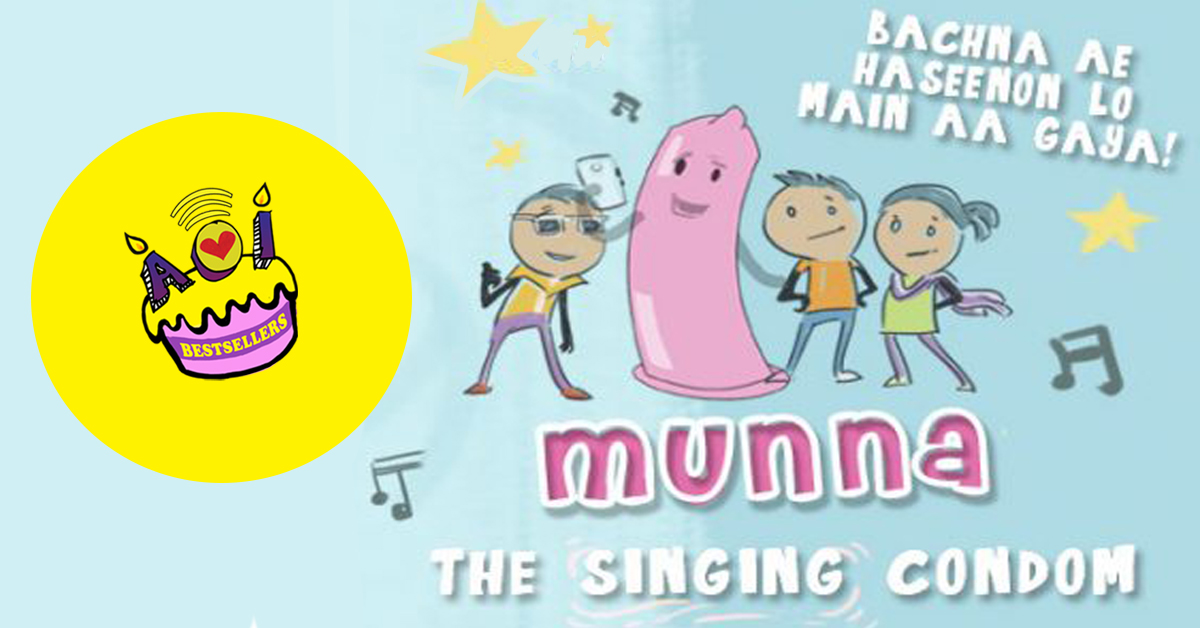