We just sat down, wringing our hands. I said, “We have to confront reality. I don’t think we should be together anymore.”

By Nandini
Illustrated By Tejashree Ingawale

My first relationship was a cutesy Archies card-type romance in class 12. I liked a boy in another class and told my friend about it. Naturally, she went and told him. And after two weeks of flirting, he finally asked me out.We had our highs and lows, but mostly, it was a lovely time. He was really smart, a good speaker, and a wonderful human being. The conversations we’d have were always delightful. I could talk to him about anything. No euphemisms when I had my periods and no hiding what I was feeling. I’d share poetry with him, and he’d share his writing. Till date, he’s one of the most feminist people I know. Even our quieter moments were nice. When you’re in a relationship, you get seen in a certain way — the other person’s goof-ups become your goof-ups. I remember, once, he was asking a question at a public event, and instead of saying ‘curious’, he said something that sounded like, ‘curiouser’. Though it was an insignificant mistake, people jeered at me for weeks -  “we’re very ‘curiouser’ about how you put up with somebody who doesn’t even know proper English.” He was the house captain and I was in a rival house. Once, I was sitting in a classroom and he decided to have his meeting there. And, of course, people looked at me as if I was the bad guy when he was the one who refused to step out because he wanted to stay around. So, it’s little things like these that got annoying.Sometimes, I often found myself asking him to give me time and space, but he seemed to have difficulty understanding it. For instance, exams were very difficult, and he was leaning on me for support. But when I’m stressed out myself, I find it easier to cut off from the world, finish what’s on hand, and then get back to everything else. I didn’t feel like I could emotionally be there for him. If I’m angry with somebody, I tend to retreat, weigh out everything I’ve heard, and then respond. However, he would want me to talk to him immediately. So, asking for space would mean telling him, “Hey, I don’t want to talk to you on the phone today. I’ll see you in school tomorrow, and then we’ll talk.” Sometimes, it would mean, “I don’t want to talk to you for the next three-four days. Please let me be alone till then?” But he was always there. I’d try to draw into myself every once in a while, and not talk about things, but he’d say, “No no, let’s discuss that.”I just wanted to be alone and introspect, but he never understood that. It’s not like we never discussed these issues. We did. He once said, “You require space and sometimes I get worried and indulge in talking to you. I end up not giving you what you need and that’s unintentional.”

“How long do you need,” he’d ask me. I’d say, “I don’t know.”He was also about grand gestures, very Bollywood-like. It’s not a bad thing, but I’m really shy so it would get awkward. He asked me out by getting down on one knee in front of my friends. What a nightmare! And on our three-month anniversary, he wanted to do that again, in the same place. “I’m going to leave right now if you do that,” I told him.He didn’t really gel with my friends, and I was always trying to engineer and smooth out conversations between them. I was trying to split my time between my friends and him equally, trying to keep my teachers happy, and my grades together. I guess I was also trying to be that ‘perfect’ person for everybody. But it was mostly the internal rift that made it worse. I once told him I felt really suffocated. Bad idea. He was so teary-eyed after that, and I felt terrible. I liked to keep things too honest, and that probably also hurt the relationship a little.I was going to leave the city for college in a couple of months. We spoke and realised we didn’t want to do long distance. I didn’t want to be one of those people, constantly on the phone with someone back home, while also trying to experience a new place at the same time. I also believed that at my age, being physically present in a relationship was as important as emotional presence. It wasn’t fair to him either. So we decided to face the circumstances and make a decision. On that day in April, he came to my place.We just sat down, wringing our hands. I said, “We have to confront reality. I don’t think we should be together anymore.” I talked about how I wanted to leave the city, see the world, and have a fresh start. He was distraught about it. I was sad that he was so troubled. He also fought me initially. He said that he loved me and that we should be together. We’re gonna conquer mountains together, etc etc. By then, I had realised that we weren’t ready to talk about ‘love’, and that I hadn’t fully meant it when I said “I love you” to him. I knew that no matter how nice it is over the phone, it would get ugly later on. “Why don’t we talk more often?” would come up as a complaint after I moved. We discussed the possibilities of long-distance — how many times in a week would we call each other? How was it going to work? What if we found someone else? After all the discussion, I said, “We’ve been thinking about this since December, but you know it is coming. Don’t try to fight it.” We admitted to our faults in the relationship. We started discussing how the relationship was holding him back as well. He knew this all along, but he was just holding on. So, even though he was very reluctant, he agreed that it was the right thing to do.Of course, we both were very sad and we cried, but none of it was ugly. We decided we would continue to be friends, but things were very awkward for some time. When I moved out, he sent supportive texts that said, “I’m there for you. Good luck.” Later, we continued to be there for each other.I was mildly relieved when the breakup happened. I don’t know if that makes me a bad person, but so much was going on in our lives, and the breakup made me feel free. Post-breakup, everyone said that I was the ‘bitch’ in the relationship because I broke his heart and that I should’ve continued the relationship. On the other hand, some people from my friends circle who I didn’t even talk to regularly told me that I made the right choice because they didn’t like him in the first place. I refused to participate in any of these conversations. In contrast with all this drama, our breakup was so mature. After we broke up, there were some misunderstandings. He leaned on a mutual friend for support. When I was talking to her before I left town, she said, “You shouldn’t have treated him that way.” She wouldn’t really tell me she was hanging out with him, and I couldn’t understand why she had said what she had. I had to piece things together.Over the next few months, while I was away, I wished I had dealt with it better, though. So on my winter break, we met and clarified everything.I’ve gone through other breakups after that, and they were terrible with a capital T. This one guy I dated kept putting off the break-up. He fled to another city after telling me we needed to talk, made me wait for days, and then said, “Oh, I totally forgot!” When he did confront it, he just told me that we needed to end this, and that we should probably not talk to each other again (because he got back with his ex-girlfriend). This wasn’t at all the case with my first breakup. It wasn’t a one-person show. We both talked and listened to each other. I really value it. It set a precedent for how good and mutual parting ways can be between two people.Today, whenever we meet, conversations are really natural. We talk as if those eight months of ups and downs didn’t happen, and I think that is because the breakup was so comfortable. Even after some time, I could sense that he had feelings for me. My friend was of the opinion that because I’d moved to a new place and met new people, I had distractions to help me get over it. He was still back home, with the same friends who would continue to bring me up in conversations. I guess it was harder for him in more ways than one. But now, even though we don’t meet each other much, we are FB buddies who tag each other in memes, so it’s all ok. That’s how you know it’s good.A humanities student, Nandini is an artist and a Bharatanatyam specialist. When she’s not cheering for the women around her (and fangirling over Aditi Mittal), she’s busy being an active voice in campus politics.
Score: 0/
AGENTS OF ISHQ BREAK UP LOVE PLEASURE SEXUAL SELF SEXUALITY HEARTBREAK RELATIONSHIPS PERSONAL STORIES AOI PERSONAL STORIES
Follow us: The AOI Orgasm Anxiety Survey What do people really feel about their sex lives? We asked.… 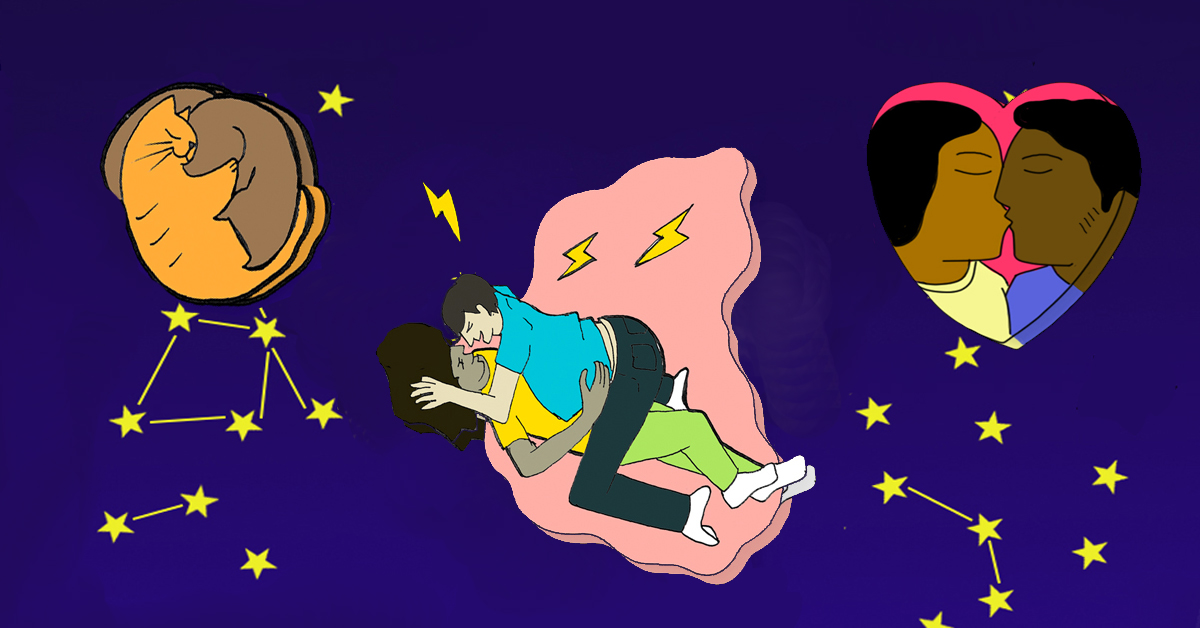 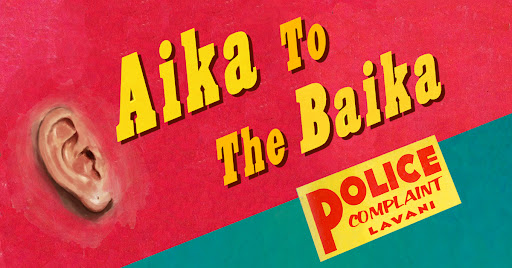 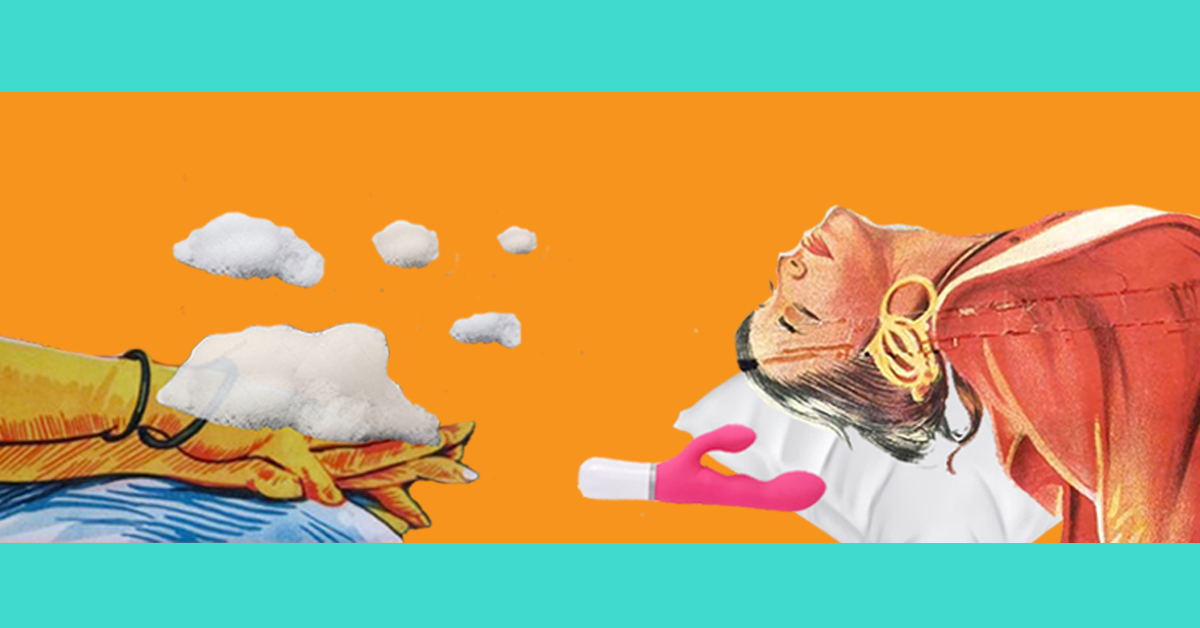