A few weeks ago, we travelled from Mumbai to Titwala, a small village about two hours from the city, to talk to a group of young women about love, desire, relationships and heartbreak.When we arrived, we had a challenge ahead of us: the post lunch challenge! The workshop was being conducted in a large room, with a screen on one side and gaddas placed against all the walls. The girls, sleepy after lunch and the day’s activities and reluctant to participate, were sitting scattered against the walls, using the gaddas as backrests. We knew that capturing their attention was going to be tough! 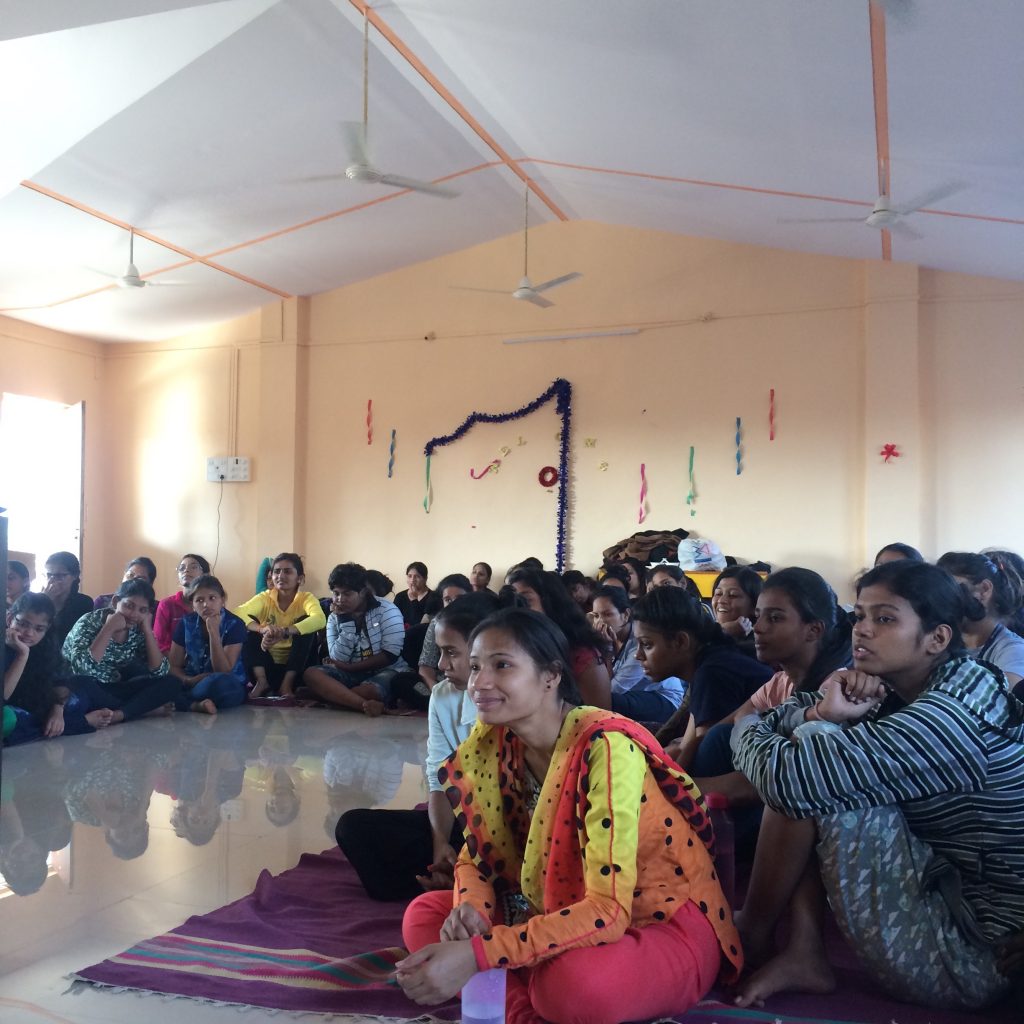 One participant added that her relationship had broken up because her partner belonged to a different caste, and although she was able to convince her parents to let her marry him, she would have been expected to wear a ghunghat, and wouldn’t have been allowed to work or have any freedom while living with his family. She tried to negotiate these terms with the boy and his family, but they did not budge, so she decided to break up with him although she loved him very much. Breakups because of caste or differences in financial status seemed to be a common experience among the girls.Most of the participants felt that if the person you love makes you feel small, then they’re not worth it. Another popular sentiment was that if your love requires you to do something that hurts your family, then you must not do that. Not everyone agreed about putting your family first, but one thing everyone seemed to agree with was that it is great to love someone, but you should always love yourself a little more. The girl who had shared her story about leaving the boy whose family expected her to wear a ghunghat was a great example of this – when she spoke, it was wonderful to hear her discuss her dreams and ambitions for herself, and see her recognition of the fact that the boy’s family would require her to give those dreams, and her very sense of self, up. Hearing someone talk about choosing her dreams over her lover’s unfair expectations was a great learning moment for us all. This was an important moment in the workshop – after this girl opened up about her experience, more felt encouraged to share their stories with the group.  We also talked about heartbreak, and how if it happens, you should give yourself time to process it – talk about it, cry it out, stalk your ex a little if you have to. But if months go by and it doesn't get better, then take help.Slumber party to Dance pardyAfter the Lovezone Friendzone podcast, there was an electricity in the air. It felt as if our session had gone from workshop to raucous party. We played Qayanat Ka Romancenama – a podcast in which Qayanat, a young girl, tells of her amazing story that doesn’t end with her being with her lover. She talks about how her lover ultimately got married to someone else, but she is still happy to have experienced that love. Everyone was totally involved, singing (and some even managing some vigorous dancing) along to the opening song of the podcast so enthusiastically that they didn’t want to stop, and drowned out the beginning of the new podcast. When the closing song began, they started up the dancing and singing again and kept going for a few minutes!When they eventually quieted down, we asked them what the podcast made them feel. Many said that they felt what Qayanat did was right, that she did care for her parents and also that she chose herself. We spoke a little more about rejection and introduced the idea that one can move on from rejection in relationships just like we move on from the non-materialisation of other dreams or expectations.  We then asked the girls if they had been in a situation where they were not sure of their feelings – had they ever said yes to something they didn’t fully want to say yes to, or said no but they didn't mean not ever? Many said they had. That gave us the opportunity to play a video called “The Amorous Adventures of Shakku and Megha in the Valley of Consent” – Agents of Ishq’s popular music video in which two lavni dancers wonder about the nuances of consent. Given that the language of the video was Marathi, we felt that had greatly helped get its point across. They all cheered loudly when Shakku’s response to a man’s overtures in the video is a “maybe” rather than a yes or a no, and he says, “Of course! I can wait for you, baby.” With the girls still in party mode, we could see a clear shift from the beginning of the workshop when people’s participation and interest in talking about love, sex and romance veered from somewhat lukewarm to a fun-filled atmosphere by the end  – one that was embracing and joyous. 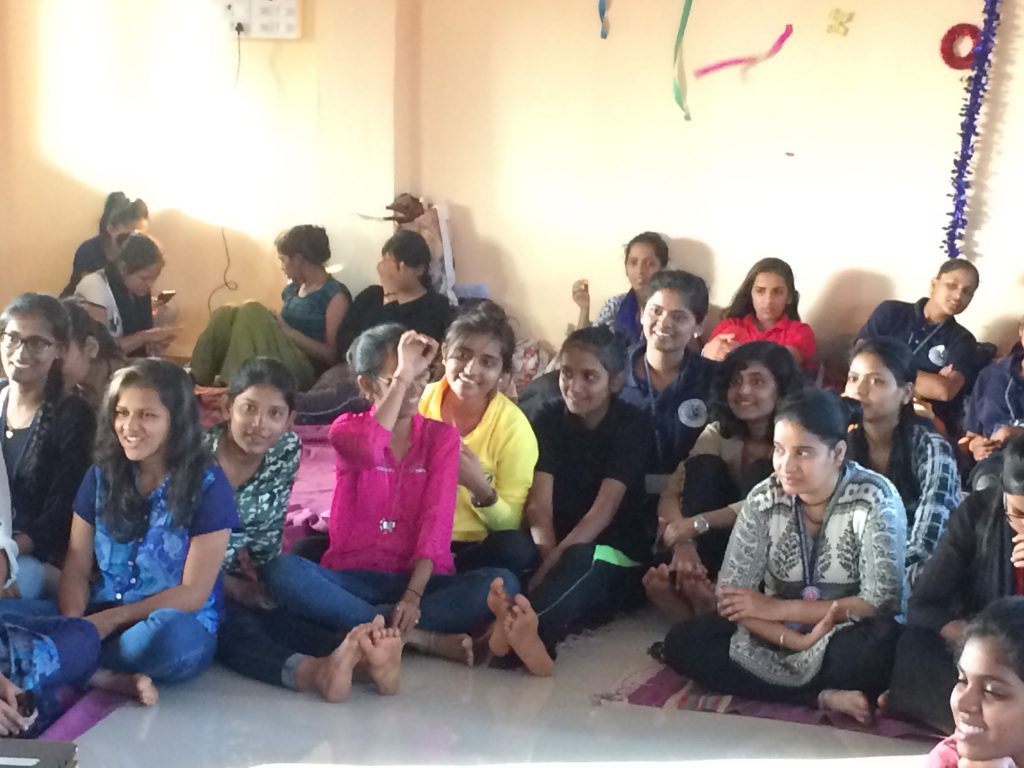 Afterwards, some of the girls sought us out, wanting to share the dilemmas they were facing, one-on-one. Most of the girls who spoke to us saw themselves getting married within a few years, if not immediately after college. Still, they gave importance to their education and their own careers and ambitions. Many talked about barriers to relationships such as caste and financial status, and some girls came up to say that they were glad to have the opportunity to speak about such things, instead of being lectured about things that didn’t interest them or weren’t relevant to them. At the workshop, they had been able to talk about matters that were so deeply a part of their everyday lives, but are not usually raised in everyday conversation.It wasn’t just the girls who may have had lightbulb moments that day! For us, the workshop was an unforgettable experience and we learned a lot ourselves. As we headed home discussing the day, we realised a key thing: frequently we all tend to think about desire, love and heartbreak as being very low in the hierarchy of things that are considered important to learn and talk about, while they are in fact very pertinent to young people’s lives, and the desire for sex is mixed up with the desire for validation, love, affections and intimacy. We need to accept that these feelings and experiences are valid, and perhaps even common. Removing the aspect of shame from the girls’ experiences allowed them to engage more openly with the issues that were talked about at the workshop. And the significant change in energy that the podcasts brought confirmed for us the importance of personal stories in helping one feel a connection to the subject being discussed.Perhaps we could receive no greater validation that day than to be given an enthusiastic and warm send-off, and to be told that it was the first time the girls had gotten through an afternoon session without falling asleep! We hope to have more sessions as fruitful and eye-opening for both sides. Particularly ones that involve dance parties!
Score: 0/
Personal Stories Sex Relationships Desire Love Heartbreak AOI Workshops
Follow us:

I Came Out To My Mom And Now I Think She's Fomosexual A mother's totally unexpected response to her daughter's com…  22, Aug 2017 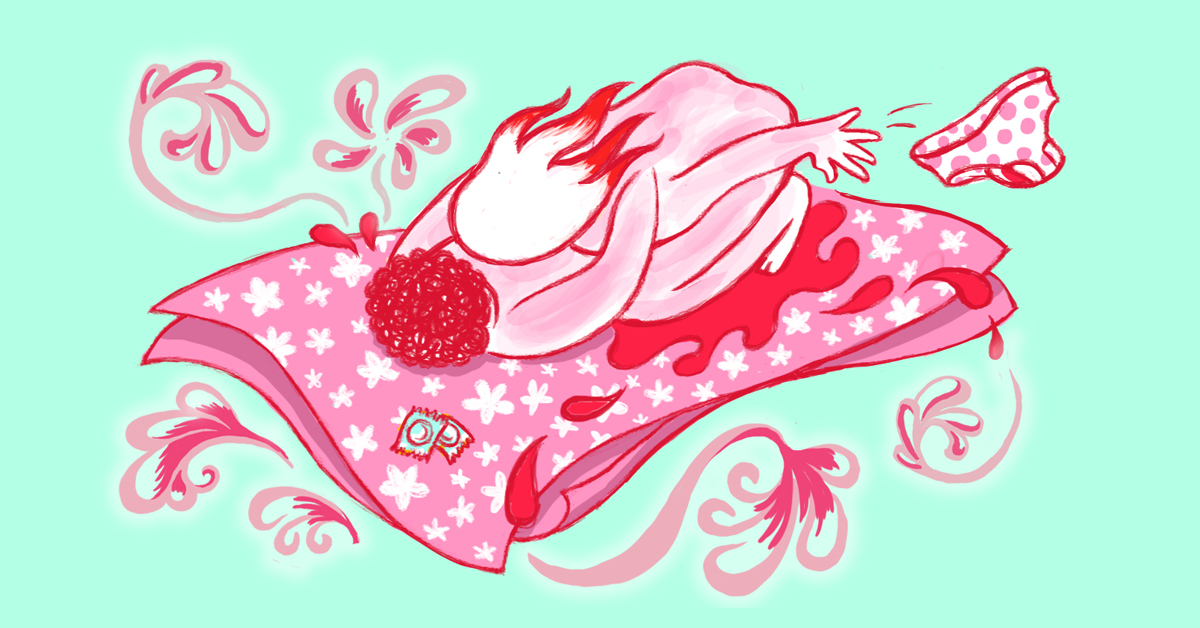 Sex Sure Doesn't Need #PeriodLeaves What's so special about the flow period sex can take?  18, Sep 2020 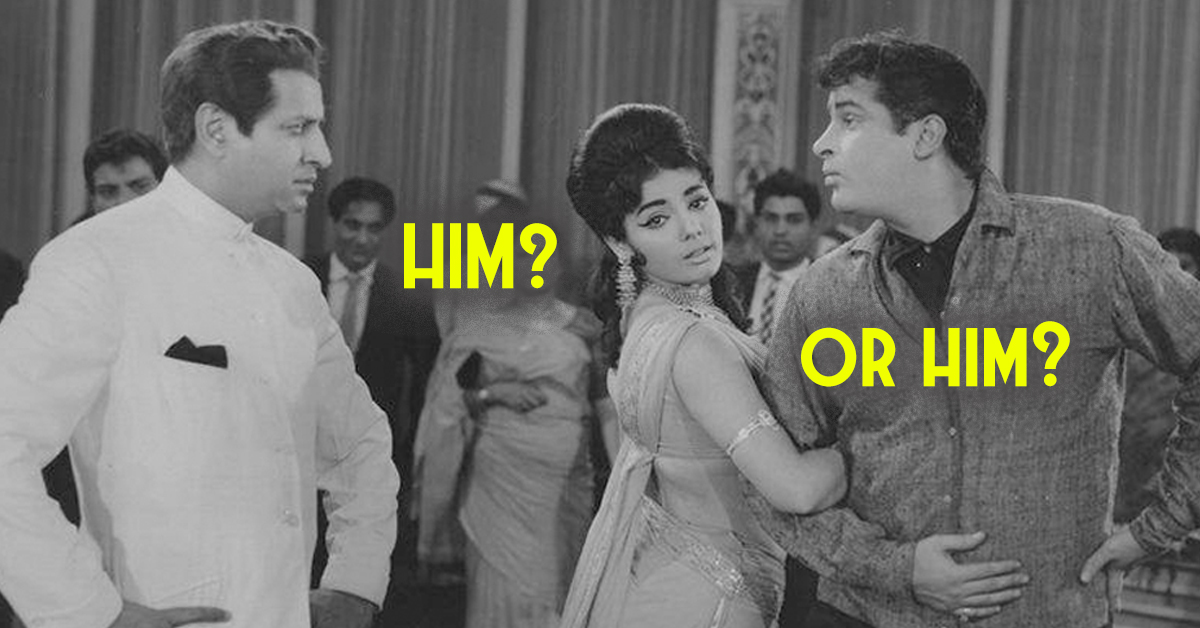 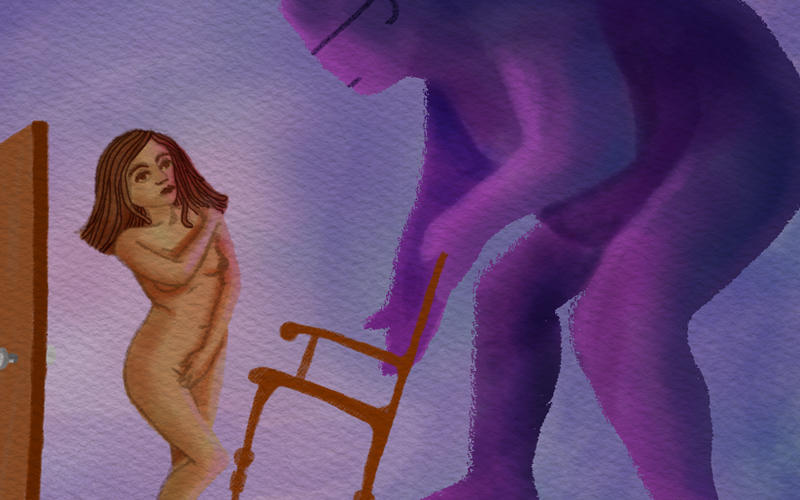 What My Live-In Relationship Taught Me About Consent She wanted to say no, but felt compelled to say yes. She wou…  02, Aug 2018