What Makes Your Sexual Confidence Go Up and Down

Sexual confidence is like a Snakes and Ladders Game

Maybe some people are permanently confident – but for most of us, sexual confidence is like a Snakes and Ladders Game: We roll the dice and take ten steps forward, feeling happy with how far we’ve come, only to meet a snake on the way that slides us all the way back to square one.Here’s what some folks had to say about what increases and depletes their sexual confidence in this complicated game of Snakes and Ladders. To keep things simple, we’ve divided these into the emotional, the social, and the bang-in-the-moment.The Snakes, or things that bring your confidence down down downSocial SnakesBragging bros: Rajan, a 29-year-old Delhi-based media professional, says that when he was 14, he heard the cool dudes in his class boast about how they had sex with their 20-centimetre-long penises and came 6 times in half an hour. “I hadn’t had sex myself yet, but I did have a girlfriend, and I thought that I would have to perform like that too if I wanted to impress her. It bothered me, because I knew I wouldn’t ever be able to do that. I realised only much later that they were lying.”Many men point out how the bizarre expectations set by porn and friends create a false impression about what sex should be like. And when it doesn’t match up to those expectations, that can affect them. Quality control: Some people think sex is all about the ratings, proficiency and positions, and less about actual intimacy, sharing and feeling good. These people are all about trying the hottest new positions, or have ranked each of their ex-lovers on a numerical hierarchy (“Oh he was so good, a total 10!”). Unfortunately, this also leads to a culture that makes you worry about hitting checklists rather than enjoying yourself.Popularity prize: Danny, a 28-year-old screenwriter, says he feels people who are asked out by others often must be sexually confident, and remarks that this popularity can make the less sought-after people around them feel under-confident. “I was interested in two girls one after the other, both of them ended up flirting with my friend instead of me. The second time, I thought I would never ever get my confidence back in my life.”Funky fetish: For some people, discovering fetishes that go against societal norms could deplete their sexual confidence. Some men, for example, like playing submissive roles in bed (or being physically dominated by their partners), while society generally tells men that they’re supposed to be more dominant. If you feel society looks down on your sexual preferences or fetishes, it can make you less confident. 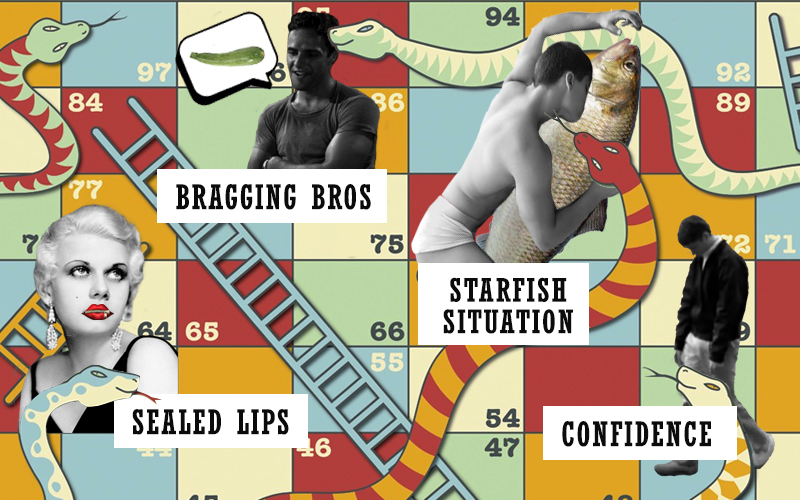 Emotional SnakesSealed lips: Lots of people report feeling under-confident with partners who are unwilling to discuss the specifics of what they really want in bed. They say it’s frustrating because they would feel much more confident if they were doing what they knew their partners liked.False hope: The knowledge that your partner isn’t being fully honest with you about their enjoyment, or that they’ve been faking orgasms, can be even worse for your confidence than not talking about it at all. “I had been with a girl for two years, and in our last fight, she said she had never had an orgasm with me,” says Dinakaran, a 30-year-old lawyer, “If she could fool me for so long, how will I ever know if anybody is telling the truth [about their enjoyment of a sexual encounter]? It destroyed my confidence in a lot of ways.” Faking orgasms is also a sure-fire way to ensure that your partner will never know what actually works for you.General confidence: In the documentary Ask the Sexpert, there’s a scene where a patient is describing his symptoms to the 91-year-old Bombay-based sexologist Dr Mahender Watsa. While he’s supposed to be explaining his biological problem of erectile dysfunction, he starts explaining that he’s also facing financial problems, which is affecting his self-esteem. Dr Watsa points out that the patient has already identified that there’s a link between his general confidence and his sexual performance. Many men report that they feel much less sexually confident when they aren’t feeling good about themselves in life.Be kind, don’t rewind: A lot of people mentioned finding it frustrating and depleting to be compared to their partner’s previous lovers. The general consensus seems to be that nobody enjoys picturing their partner with someone else, especially when it comes to sex.Gaslighting: Priyanka, a 27-year-old artist from Bangalore, recalls that her ex had difficulty maintaining an erection. He told her it was because she wasn’t attractive enough, and this affected her severely. She later found out from a mutual friend that he had had the same problem with another woman they both knew, and was merely shifting the blame onto her. It’s not uncommon to find people trying to offload their own problems and make them the responsibility of others, and it can be particularly hurtful and depleting. Bang in the Moment SnakesStarfish situation: “Having a girl go starfish on you is the worst thing that can ever happen,” says Sunish, a Calcutta-based lawyer. By “going starfish”, he’s referring to when the person you’re with goes absolutely still and unresponsive, like an immobile starfish or “dead fish”. He says it leaves him completely unsure of what to do next. (Maybe the best thing to do is stop and ask your partner how they’d like to proceed.)Vicious cycles: Purab, 34, says, “My erection is directly tied to my confidence. If I feel ki kuch theekh nahi ho raha hai, it affects my confidence in that moment, and then I lose my erection. Losing your erection is again embarrassing in itself, so that makes me lose confidence even more.” He’s learnt to back off and make a joke or pause for a bit when this happens.The Ladders, or things that shoot your confidence right upSocial LaddersBody image: Nina, a public policy student in Mumbai, draws her sexual confidence from having “conventionally attractive” features as defined by pop culture. “I’ve always been thin, and we’re told that’s beautiful. I know it’s wrong to believe it, but it’s what society believes, and you internalise it too.” She says she would find her own confidence depleting if she looked the opposite of prevailing standards of beauty, and is aware of how such norms can hurt people whose looks don’t fit within it.Compliments: Compliments boost everybody’s confidence! Siddhra, a Bangalore-based fashion designer in her twenties, says she feels confident when people compliment her lips or butt, while Manush recalls his fourth girlfriend telling him he had a big penis, which was a compliment he hadn’t received until then. He says it was a nice surprise.Emotional LaddersPractice makes perfect: “When I started having sex, I was extremely confident in my own abilities. I watched all the porn there was, and if my penis went inside the vagina, I thought I had done everything. Then I started to have sex with a few more people, and the more I learnt about the real female anatomy, I realised I was awful at it. The more sex you have, the more you understand that there are different things that work for different people. Your own sexual knowledge and repertoire of tricks grows, and you learn to read cues better. This makes you better at sex, and, in turn, increases your sexual confidence.”Manush, a civil servant in his thirties, says building experience with a partner is a great way to boost your confidence. “You’re both learning and unlearning each other’s bodies together, there’s no pressure, so you have the room to learn what works without feeling embarrassed.” Comfort with your body: Barney, a 28-year-old lawyer, says, “I took a martial arts class, and some other courses that made me feel in tune with my body. This made me comfortable in my own skin, but it also made me more comfortable touching other people, sexually and non-sexually: I was aware of my own touch and its strength, and less worried about whether my touch was threatening.” The self-aware Buddha: Unlike funky fetishists, some people say that discovering their own preferences actually gave them a boost, if they weren’t considered embarrassing or shameful. Disha, a student, says she discovered that she liked being “spanked” a few months into her relationship, and that knowledge made her feel like a more adventurous being, which made her feel more sexually confident too. Bang in the Moment LaddersThe selfless giver: “For me, my sexual confidence is tied entirely to my partner’s reactions,” says 30-year-old Vipreet, a web analyst, “So smiles, moving her head from side to side and jerky movements are all good signs, moans are great and nothing like an orgasm. There’s no other metric [to measure your sexual skill], is there? If I see that my partner is enjoying herself, my confidence shoots up, and vice versa.”The self-driven car: Many people derive pleasure from their partners appreciating them, or other signs that they find them attractive. Mridula, a 20-year-old student, says that she feels more confident when the guy she’s with seems visibly enamoured by her, which she notices through facial expressions (like widened eyes), bodily indicators (rapid breathing), or moans and groans. “I feel more in power, like I can have more fun, toy with them and tease a bit,” she says. Both of these feel like rather healthy and positive things to base your sexual confidence on: after all, feeling good about yourself, and feeling that your partner had a good time having sex with you, are two of the most important aspects of sex, and are actually great ways to know you’re doing it right. Vanity metrics: And then finally, there are those false flags that give you misplaced confidence you shouldn't have. Vipreet, who believes that a woman’s visible or audible cues are the only real metrics that matter, points out that some people look to what he calls “vanity metrics” for their sexual confidence. He says that these are useless indicators, like the “number of thrusts per minute”, which may build confidence in your prowess at sex as a competitive sport, but only if you know nothing about sexual pleasure. Manush points to another “vanity metric” he used in his youth. “I was having sex with a much younger woman. Really bad sex, in hindsight. Unprotected, with me coming on her belly and thighs. I kind of was “proud" in a strange chauvinistic way that I could control my ejaculation without protection. It was strange and stupid.” While such vanity metrics may boost some people’s confidence, it’s important to derive your sexual confidence from the things that actually give you and your partner mutual pleasure.
Score: 0/
SEXUAL ANXIETY SEXUAL CONFIDENCE STARFISH FAKING ORGASMS MENTAL SEXUAL HEALTH SEX POSITIVITY
Follow us: 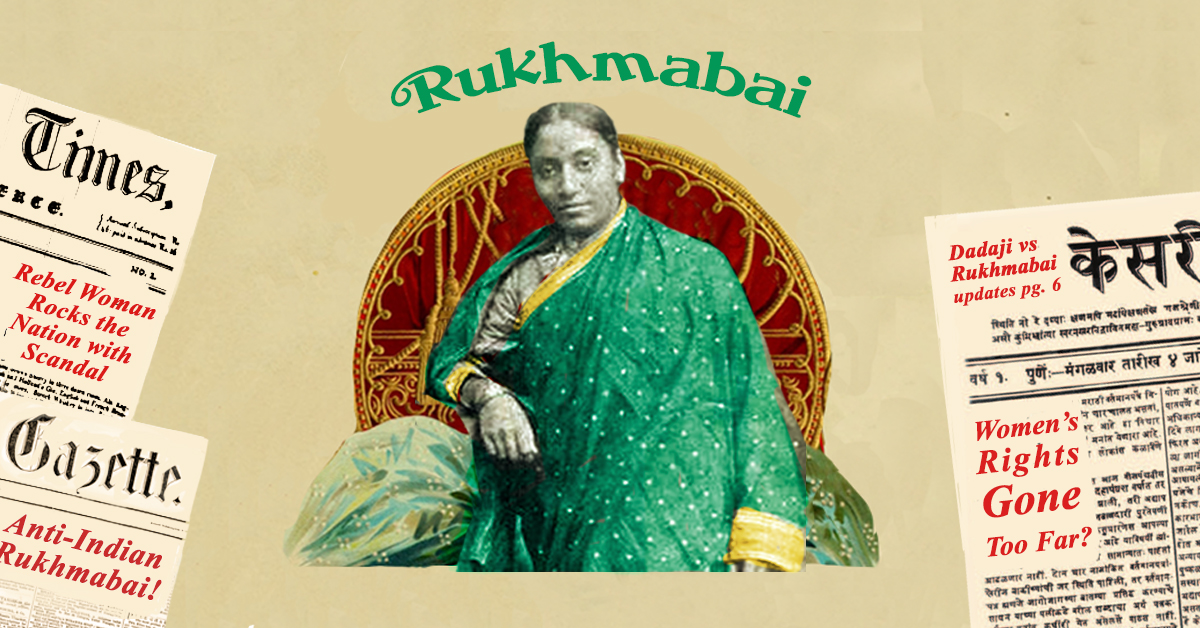 'TRASHY'. SO WHAT? A UNIQUE ART PROJECT THAT RECLAIMS THE WORD SLUT I think, sexual objectification is not inherently negative.…  Apr 20, 2017 Main Apni Sabse Favourite Hoon: Chronicles of an Instaspam Queen What is it about being a woman on Instagram that is so joyou…  Apr 25, 2019 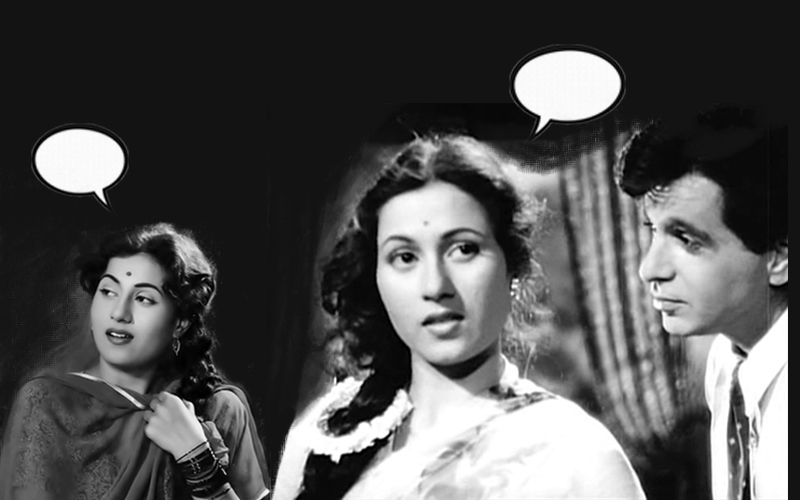