An excerpt from Maya Sharma's Loving Women: Being Lesbian in Unprivileged India 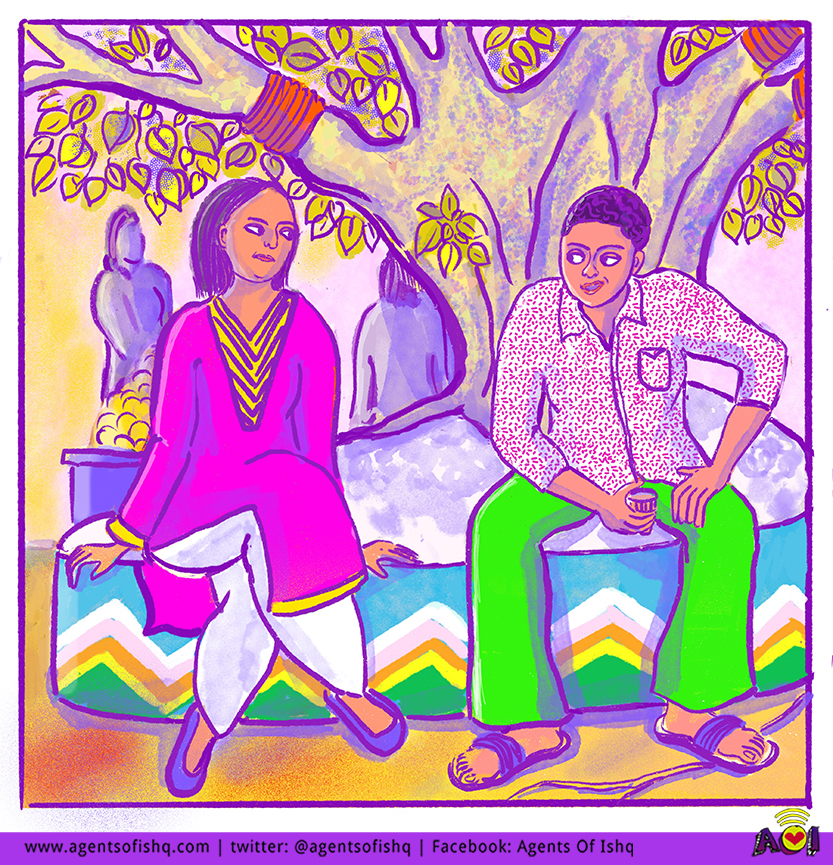 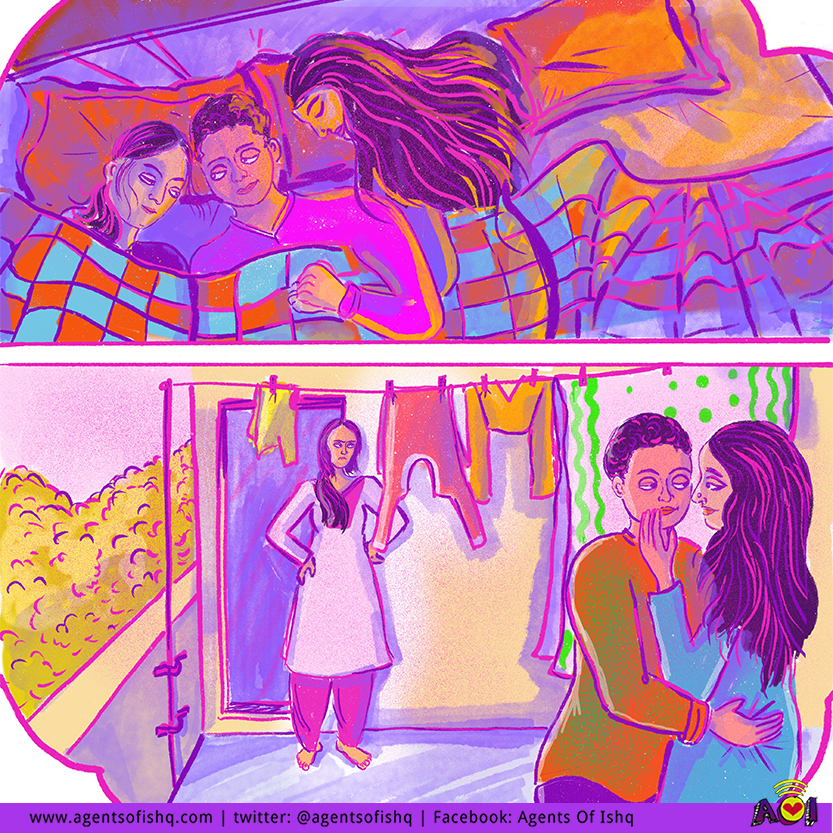 But Manju, she is a different sort of woman, she is the first woman I know who cares for me genuinely. She cares to the extent of actually saving up money for me rather than spending it on herself. She insists on saving, she says that my first priority should be to have my own house, not a scooter. For this is my dream, to have my own vehicle to ride around. I understand that what she says is wise.’ ‘I got to know Manju when I was involved with Lali. But our relationship began much later. It so happened that there was a wedding in the house and there was not enough room to accommodate all the guests. Since there were not enough beds, Manju and I shared one. She did not know that women could have such relationships. Lali knew, she had seen something about it on television and read about it in books. I reached out to Manju. At first she turned away. So I too turned away. I am not interested if the other person is not. But then she snuggled up to me. We kissed. Now we are together.’ Getting up, Shiela went to the end of the terrace, peered down and called out, ‘Manju...!’ A tall, slim girl came upstairs. As Manju went into the inner room, Shiela whispered, ‘Now, do not ask questions about Lali or any other woman; do not even refer to my relationship with Manju, when she is present.’ Then, switching to a normal pitch, Shiela said, ‘I noticed Manju the first time in the market, she was selling vegetables. I thought to myself, “What is she doing in this place where mostly men run the stalls or at best, older women?” I observed her daily, sitting there in the market and conducting her business seriously. She held her own in the midst of all those men. Then I began to buy vegetables and talk to her. We became friends and grew fond of...’ Shiela stopped in the middle of her sentence. Manju had come in with cups of tea on a tray. Shiela looked at her and said, ‘I was telling them how you and I met. Manju will confirm that I told her honestly that the marketplace was not a suitable environment for young women like her. But poverty leaves few choices. She has a brother who is the only earning member of her family. I also lend them money and I give rent for the room I have taken. I will contribute towards Manju’s wedding. But on the wedding day itself I will not stay here. I won’t be able to take it, seeing her go away with somebody else.’ We asked Manju, ‘But why must you marry?’ Shiela said, ‘She tells me that I should make friends with her future in-laws.’ Manju said, ‘It is the right thing to do. My brother worries because of me. Besides, people talk if daughters of marriageable age are not married off. We will be allowed to remain friends if I marry.’ We said, ‘Many women have actually stopped marrying. There are women here who live with one another, and there are groups who help women who want to live with one another. We ourselves have sheltered such women in our own houses, talked with their families, tried to make their relatives see that there is nothing wrong with women who want to share their life with women.’ The conversation drifted on to several other subjects. The sun had gone down when we left the couple. It was the last day of the navratas when we next met Shiela. We knew Shiela too would have fasted. A large framed picture of goddess Kali rested against the wall of the terrace. Shiela was lying on the floor. Hearing us she raised her forehead, adorned with a tilak. A smile of sheer joy spread across her pale, tired face. She looked handsome. The red on her forehead, the mauli thread around her wrist contrasting with the blue of the shirtsleeve, and at that precise moment, a vulnerability which she otherwise carefully hid. Manju was standing near the gas with tears in her eyes. A silence descended. Clearly, it was not the best of times to have come. We asked, ‘What is it?’ Shiela replied, ‘We had puja today, and I found Rs 100 short from the money I had given Manju....’ Manju said, ‘If you have to tell, then you must tell the truth.’ Shiela said, ‘At the puja many women came and there was singing and dancing. I asked Manju to dance. She refused. It is not as if she does not dance at all. When she is with me she does shake about. When I was specially asking her to dance in front of others, she could have danced for my sake, but no. And then I asked her, where is the Rs 100, and she answered me back, saying, “Am I a thief?” I replied, “Yes, you are a thief, a thief.” That is why she is crying.’ Manju said, ‘I am not like other girls, I cannot dance, why should I?’ Shiela said, ‘That is the trouble, she is jealous. Anyone who comes to see me, she resents it. I want to live in freedom. If you have to live with me, this is the way I am.’ Manju’s eyes were brimming with tears. At the end Sheila said to us, only half joking, ‘Why don’t you begin regular meetings of women here, maybe twice a month, whatever is convenient. We can all meet and talk about such things. You know what I mean. We can drop in...’ and then with a twinkle in her eye, ‘but make sure there is a bed there...!’
Score: 0/
lgbtiq+ lgbtqyunnahin personal stories lesbian lesbian love story maya sharma when women love women
Follow us: 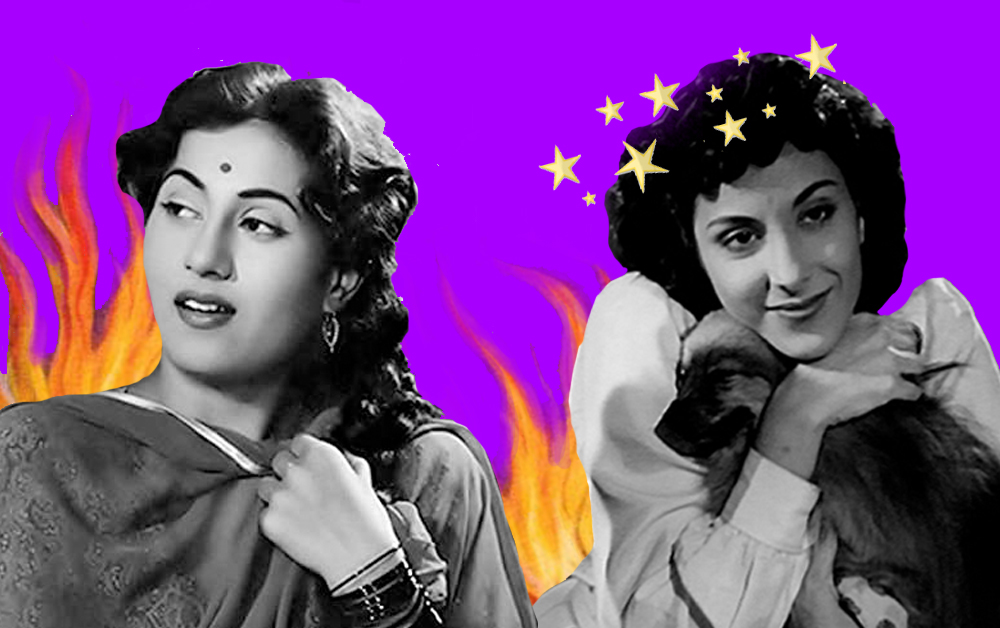 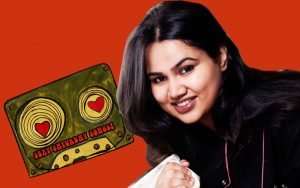 What Men Talk About When They Talk About Sex As boys grow up and start having their first experiences, th…  Nov 17, 2017 Don't Miss These Nine Stories About Young Girls' Periods! What if we could move on to talking about periods as just an…  Oct 03, 2016 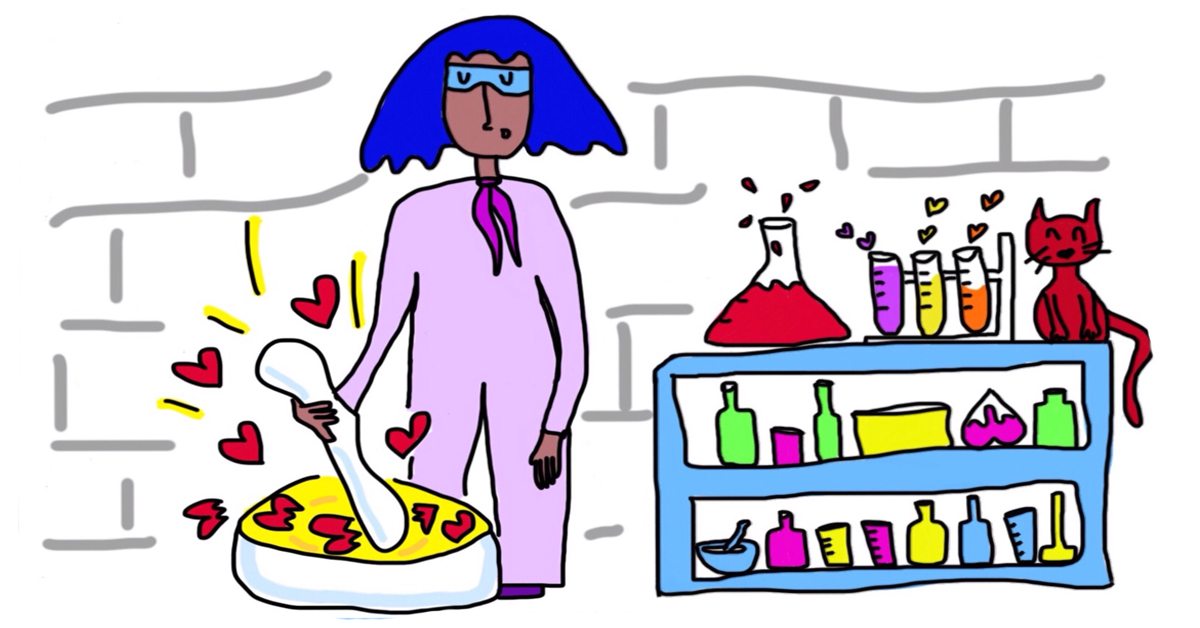